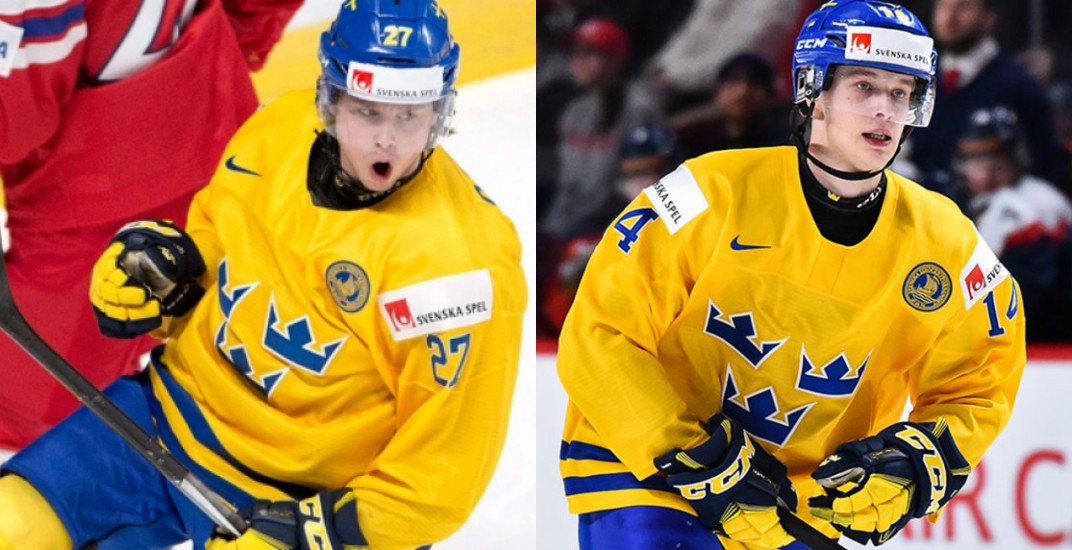 Not one, but two Swedish Canucks prospects were named MVP of their respective leagues on Monday, as Elias Pettersson and Jonathan Dahlen each took home hardware.

You know Pettersson’s story by now. The 19-year-old had a historically-good season with Vaxjo in the Swedish Elite League, winning the scoring race while breaking a 42-year-old record for points by a junior-aged player (56 points in 44 games). He followed that up by leading the playoffs in scoring with 19 points in 13 games (also a U20 record), en route to a league championship and a playoff MVP award.

The Canucks’ first-round pick from last year’s draft was also named Rookie of the Year and Forward of the Year. His next test will be playing for Sweden against some of the best players on the planet at the IIHF World Championships, which begin on Friday.

Because of Pettersson’s brilliance, Dahlen’s outstanding season in the Allsvenskan (second division pro league in Sweden) has flown under the radar this year. As well as being named MVP, Dahlen also won the league’s Forward of the Year award. The 20-year-old winger the Canucks acquired for Alex Burrows last year finished second in league scoring, with 44 points in 44 games.

While he didn’t win the scoring race, Dahlen was first in points-per-game, helping Timra earn a promotion to the SHL next year.

After his season in Sweden was over, Dahlen made the jump to the AHL, playing in six games with the Utica Comets (two in the regular season, four in the playoffs), scoring three points.

Pettersson and Dahlen, who were linemates last year with Timra, could both play in the NHL as early as next season. Most assume Pettersson will make the team, while Dahlen’s performance in training camp will dictate whether he starts in Vancouver or Utica.

The pair of Swedes join Adam Gaudette as Canucks prospects to win a top individual award this year, as the 21-year-old won the Hobey Baker as the top player in the NCAA, before making his NHL debut.