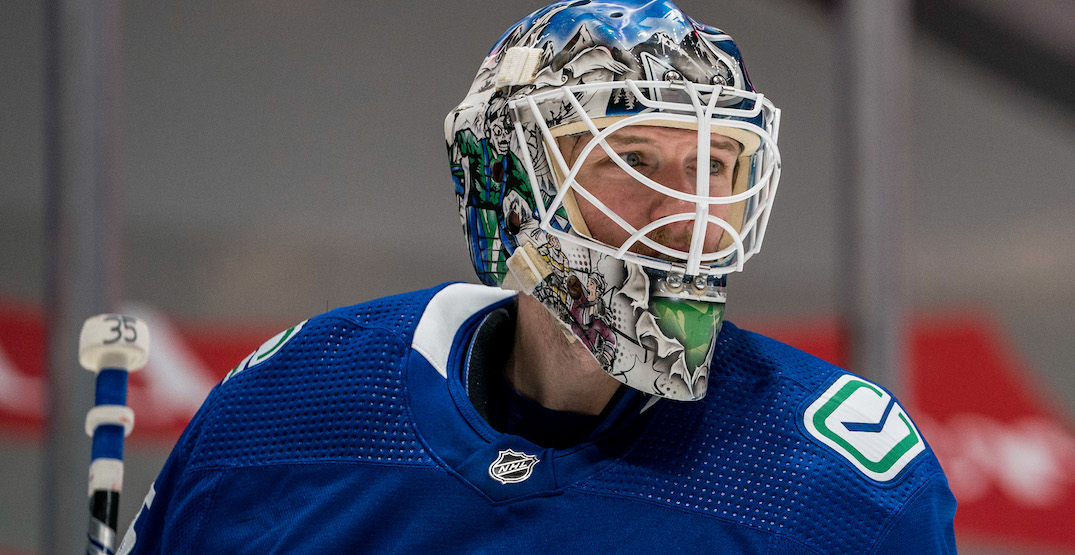 Oliver Ekman-Larsson was willing to waive his no-movement clause for the Vancouver Canucks last year, and Jim Benning was in hot pursuit.

Talks between the Canucks and the Arizona Coyotes continued in the days leading up to the start of free agency, but a trade never materialized.

According to Sportsnet hockey insider Elliotte Friedman, the main reason was Thatcher Demko. The Coyotes wanted him, but the Canucks refused to give up their up-and-coming goalie.

“I think a lot of it fell apart over Demko, to be honest,” Friedman said during an interview with Satiar Shah, Dan Riccio, and Randip Janda on Sportsnet 650 Tuesday.

“I do believe that Demko was what they wanted, and Vancouver quite rightly wasn’t really crazy about doing that,” Friedman said, adding that the two teams had “frustrations” in dealing with each other.

The Canucks had the option of keeping Jacob Markstrom at the time, but needed to make the choice between the two netminders. They opted to keep the younger and cheaper Demko, but hedged their bet on the young goalie by signing Braden Holtby in free agency.

Markstrom walked in free agency, as did Tyler Toffoli, Chris Tanev, and Troy Stecher, while Nate Schmidt was acquired by the Canucks in a trade with Vegas on the fourth day of free agency.

Any move involving Ekman-Larsson, who has an $8.25 million cap hit until 2027, would have likely needed to include a salary dump going the other way. Loui Eriksson was a name discussed in rumours at the time.

The Ekman-Larsson talk may have been costly to the Canucks, as Benning had his attention diverted to a deal that didn’t materialize while his own free agents were about to walk out the door.

But including Demko in a deal may have been more costly, because the young netminder’s stock has gone up, while Ekman Larsson’s has gone down.

Demko, 25, took a massive step forward last season. The San Diego native established himself as the No. 1 goaltender, posting a .915 save percentage in 35 games as one of the few shining lights in an otherwise dark season for the Canucks.

Ekman-Larsson, meanwhile, may be starting to show his age. The 29-year-old averaged just 20:58 per game last season, which was his lowest time-on-ice average since his rookie year.

The Coyotes are looking to move Ekman-Larsson again this offseason, Friedman reported on Hockey Night in Canada over the weekend. It’ll be interesting to see if the Canucks are still interested, or if they’ve soured on the Swedish blueliner.

While some expiring contracts will free up salary, the Canucks still have to re-sign Elias Pettersson and Quinn Hughes, so they’ll still feel a cap crunch.