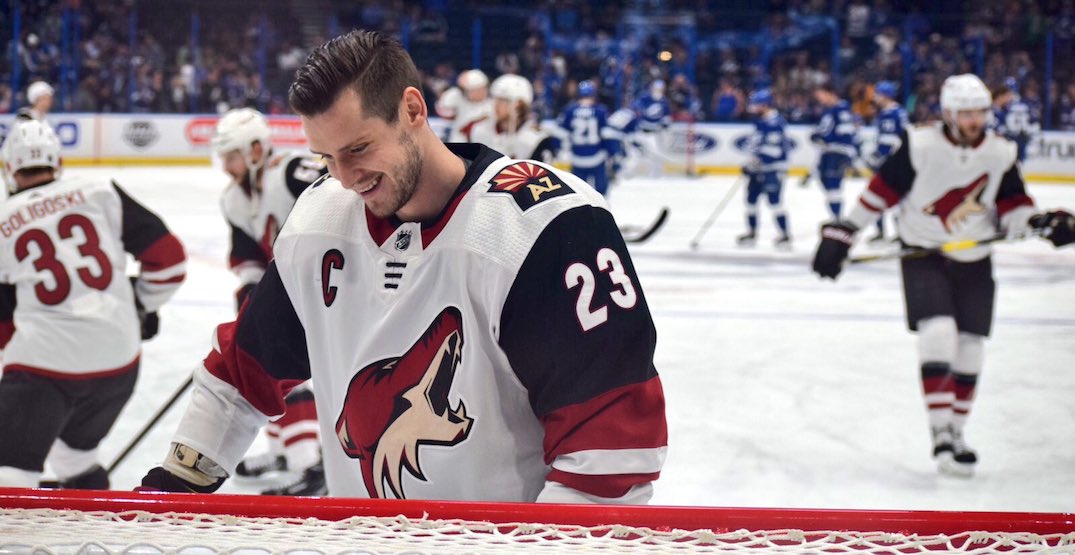 The Oliver Ekman-Larsson trade rumours are heating up, and the Vancouver Canucks are believed to be in hot pursuit.

The Arizona Coyotes defenceman appears to be on the trade block, but has a full no-movement clause, so he controls his own destiny. According to a report from Sportsnet’s Elliotte Friedman, the Canucks and Boston Bruins are included on Ekman-Larsson’s list of teams he’d be willing to accept a trade for.

Ekman-Larsson's list (for now) is believed to include BOS & VAN. Things can always change.

A minute-munching defenceman for the Coyotes, Ekman-Larsson averaged 23:01 of ice time last season and has played north of 22 minutes per game since becoming an everyday NHLer in 2011-12.

A two-time All-Star, the 6-foot-2 Swede has been a consistent point producer for the Coyotes, scoring more than 40 points five times in his career. He’s also been remarkably durable, only missing 17 regular season games since 2011-12.

Boston and Arizona we’re engaged in trade discussions for OEL prior to Bill Armstrong’s arrival. Not an easy transaction. Vancouver, as my colleague @FriedgeHNIC noted is the other team on OEL’s list. Sharpen your pencils Canucks fans and try and make the numbers work on that.

The difficulty Canucks GM Jim Benning will have in a potential Ekman-Larsson trade is finding a way to fit him under the salary cap. The Coyotes captain is under contract for seven more years, with a contract that carries an $8.25 million cap hit. Given that he’s already 29 years old, that’s a big commitment, and the Canucks won’t have much money to spend after they re-sign some of their pending free agents.

There are ways to shed salary, of course, but they tend to be costly.

Though Ekman-Larsson has long had a reputation as an elite two-way defenceman, alarm bells are being sounded about him from the analytics community. Ekman-Larsson is still a good defenceman, so these aren’t Luca Sbisa or Erik Gudbranson type alarm bells, but there is a question about if he is still an elite-level blueliner.

The Coyotes have a new general manager in Bill Armstrong, so perhaps he wants to put his stamp on the team right away. It’ll be interesting to see who on the Canucks roster interests him.