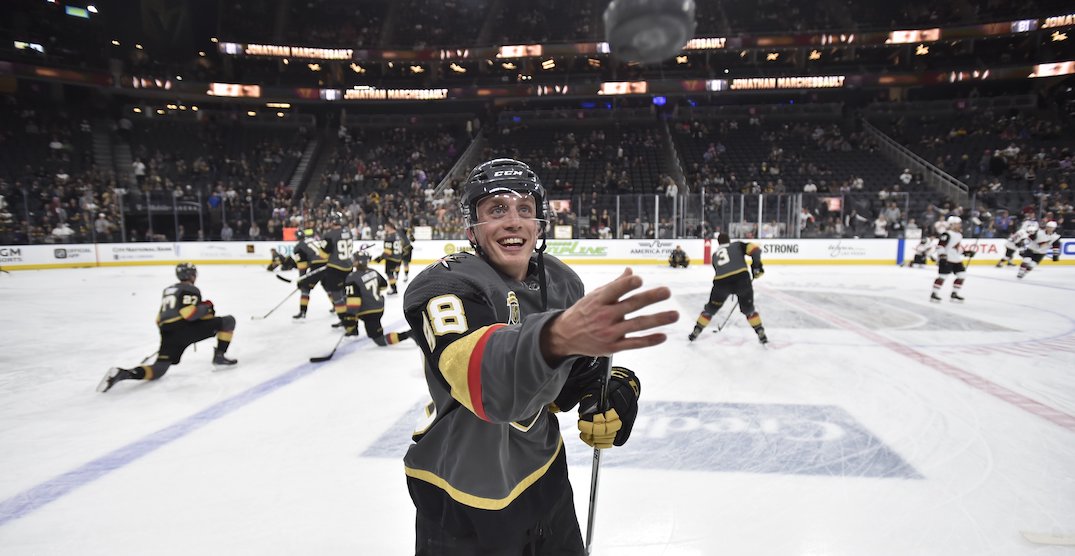 The Vancouver Canucks have acquired defenceman Nate Schmidt in a trade with the Vegas Golden Knights, giving up a third-round pick in 2022 in exchange.

“Nate has been one of the top defencemen in our division in recent years,” said Canucks GM Jim Benning. “He’s a dynamic player who competes hard all over the ice. I think he will be a really good fit in our group.”

Schmidt, 29, is a much-needed addition to the Canucks’ blue line, after Vancouver lost Chris Tanev and Troy Stecher in free agency. The St. Cloud, Minnesota native is a left shot defenceman, but can play the right side. A very good two-way defenceman, last season Schmidt scored 31 points in 59 games, and he’s been a key contributor to the success of the Golden Knights since they entered the league three years ago.

Schmidt has five years left on a contract that pays him $5.95 million per season. Vegas needed to move him after landing Alex Pietrangelo in free agency earlier in the day.

The Canucks now have less than $2 million in cap space remaining according to CapFriendly.com, with Jake Virtanen and Adam Gaudette still yet to be signed.