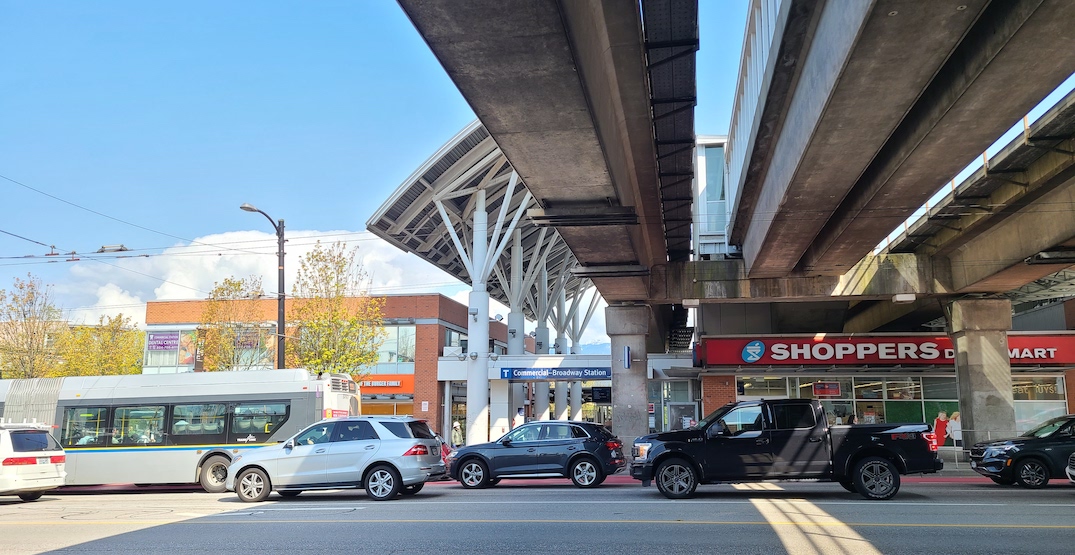 The intersection of Commercial Drive and East Broadway is home to Western Canada’s busiest public transit hub, with tens of thousands of passengers typically transferring between SkyTrain’s Expo and Millennium lines and the various bus routes on a daily basis.

But the business improvement association (BIA) that represents Commercial Drive believes deteriorating conditions around Commercial-Broadway Station hub are not providing a good first impression for their retail district, and could be deterring visitors who would otherwise venture further beyond the station to support struggling shops and restaurants.

“When you have an unwelcoming space or entryway to Commercial Drive through that SkyTrain hub, it is challenging to retain that customer base,” Nick Pogor, the executive director of the Commercial Drive Business Society, told Daily Hive Urbanized in an interview.

He says the problems in the area relate to vandalism, graffiti, garbage, public safety, and public disorder and social issues.

According to Pogor, his BIA now spends about 30% of their annual budget towards the immediate area surrounding the transit hub, including the adjacent TransLink-owned The Hub retail buildings — anchored by Shoppers Drug Mart — and the area around the Crombie REIT-owned Safeway grocery store. 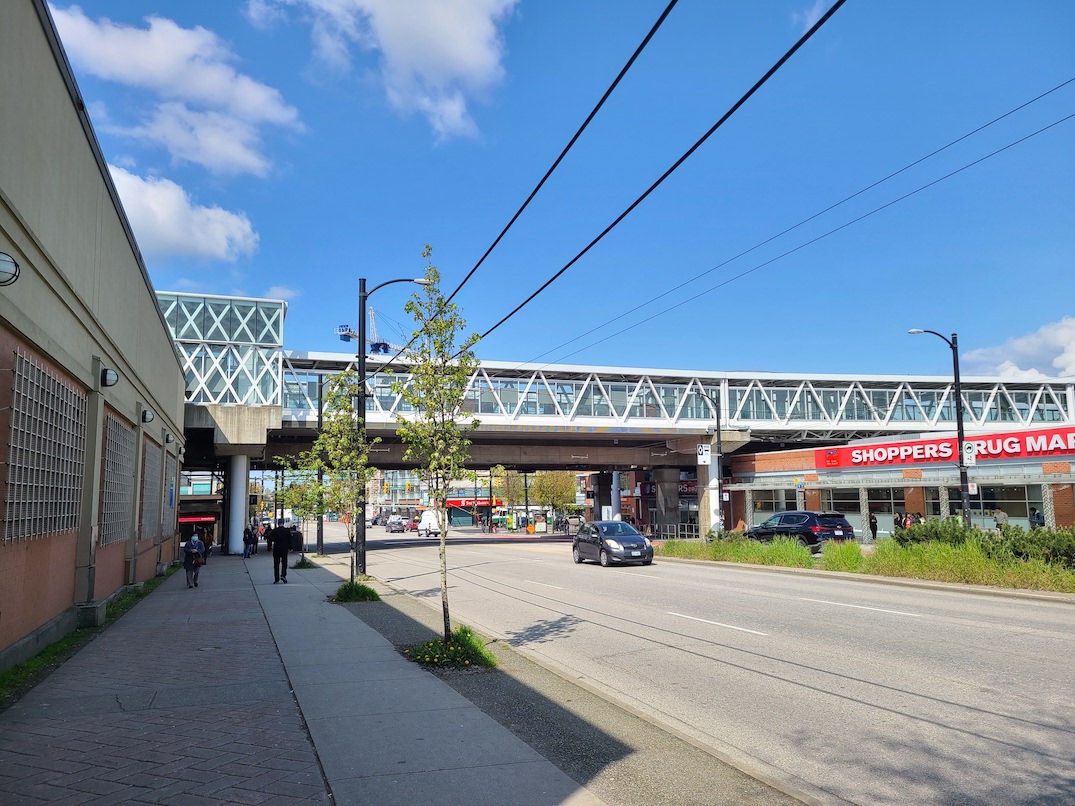 Naturally, high foot traffic areas see greater upkeep costs, but the level of resources diverted to the area around the transit hub is highly disproportionate, especially when consideration is given to the BIA’s size. It represents businesses on 44 city blocks of Commercial Drive between Venables Street to the north and 13th Avenue to the south.

“It is a real challenge to keep the area safe,” he said, noting that the street conditions right outside the doors of businesses are an added burden to their operations following a challenging two years, and the difficult economic climate that persists.

“Many businesses have to deal with campers, trespassers sleeping at their doorways when they arrive in the morning, deal with human waste, and just keeping the areas around their businesses safe for their customers is a big challenge. And that goes over and above the day-to-day operations of running their business.”

However, he says, entities that are responsible for preventing, mitigating, and reacting to the conditions are beginning to notice, and are making some positive changes. This includes involvement from the Vancouver Police Department, Vancouver Coastal Health, and BC Housing. But he would like to see more resources to be directed towards operations at street level to improve the viability of the small businesses.

“We see the issues being acknowledged, but when it comes to short- and long-term plans, a multifaceted and multi-pillar approach is required. It is neighbourhood safety, and it is mental health… it is all of those things,” said Pogor. 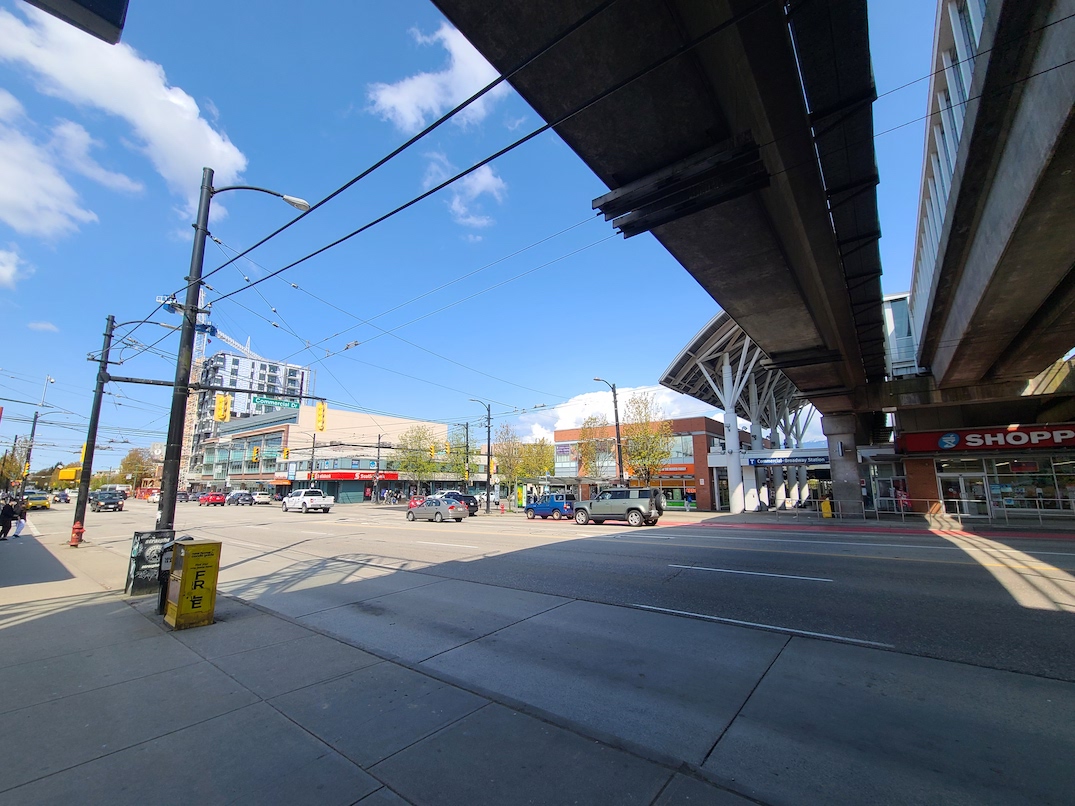 His comments are part of the growing public discourse over Vancouver’s worsening crime, vandalism, and public disorder issues — all accelerated and exacerbated by the pandemic — especially within the downtown Vancouver peninsula. His BIA is not alone in diverting much of their resources towards sanitation and public safety related measures, with the much smaller Chinatown Business Improvement Association, for example, recently making public the fact that they are now spending 50% of their small annual budget towards security.

In addition to urging other agencies and organizations to deploy more resources to address the issues, he says the potential mixed-use redevelopment of the Safeway will be a positive addition for the area.

Crombie REIT and Westbank are proposing a redevelopment of the grocery store into towers containing 653 homes, including 345 market rental homes and 93 below-market rental homes. There would also be new retail, anchored by a new replacement 50,000 sq ft Safeway below the residential uses. Later this spring, Vancouver City Council is expected to conduct a public hearing on the rezoning application, which has seen significant vocal opposition to date from neighbourhood residents.

The proponents expect the redevelopment could be home to as many as 1,400 residents and 300 on-site jobs, along with the added visitors from the revitalized and expanded retail, and the new 20,000 sq ft event-friendly public plaza wedged between the station and the new building. The new jobs alone could increase annual spending at neighbourhood shops and restaurants by at least $5 million annually. 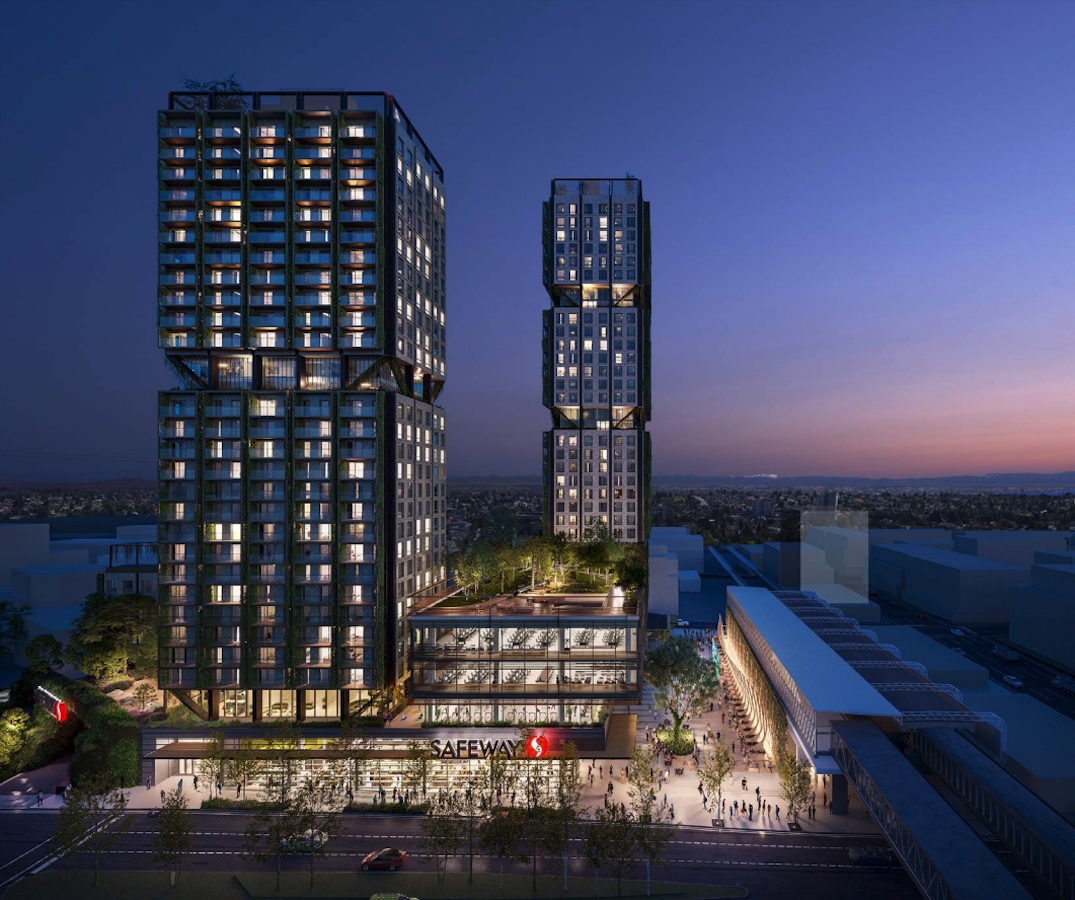 The resulting additional pedestrian traffic from the new complex would provide “more eyes on the street” to deter illegal and unwanted activity around the transit hub, based on the principles of Crime Prevention Through Environmental Design. While more pedestrian traffic would be helpful, Pogor says the situation in the area is a vicious circle.

“More people and more shoppers in the area is super important, but it needs to be a safe neighbourhood in order to get those people out of their new homes and into the street shopping,” he added.