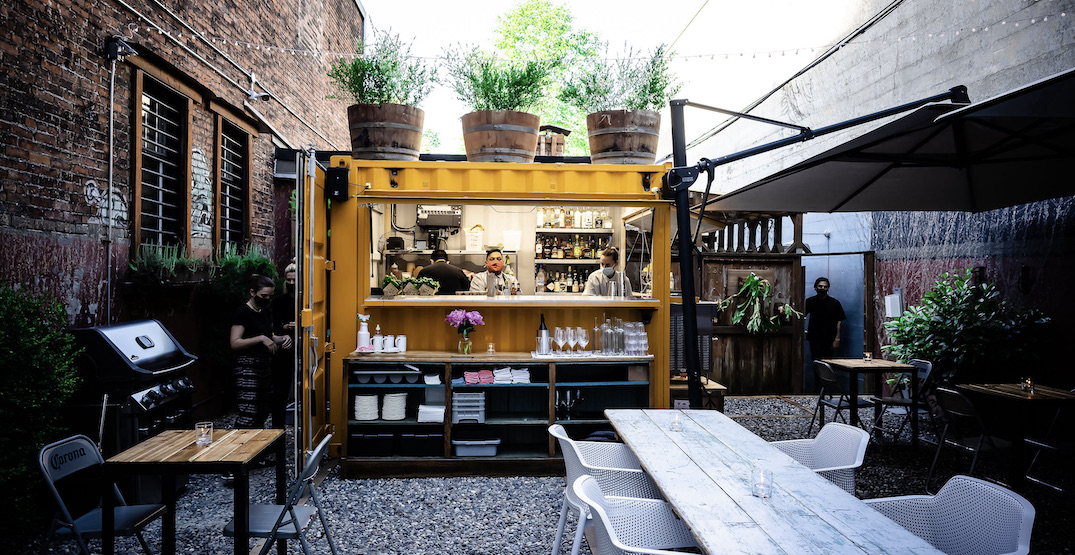 We love a hidden patio situation, but Vancouver’s newest out-of-sight outdoor space might just take the cake when it comes to cool-factor. It’s called Chupito and from the photos, you’d probably have a tough time identifying its whereabouts at first.

It’s an alley-facing, open-air space with all the charm and character you’d expect to find at a hole-in-the-wall neighbourhood gem in Mexico. 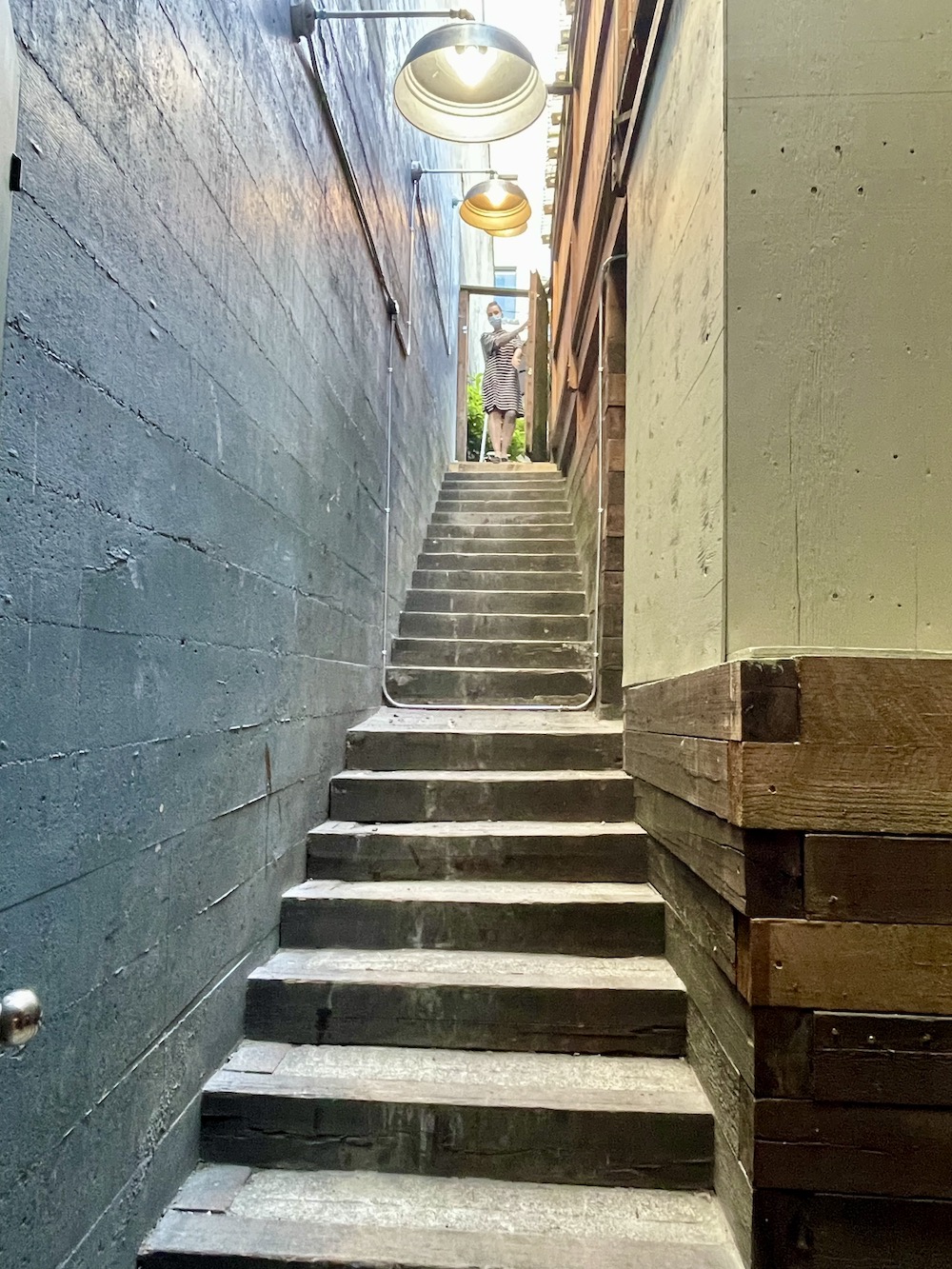 This concept is brought to us by the talented folks at the La Taqueria/La Mezcaleria group, so you can imagine the cocktails are killer and the Mexican food is as authentic as it gets.

Chupito emphasizes seafood on its small but mighty menu. Shareable dishes like Tuna Tartare and Tostada De Camarón are the name of the game here. 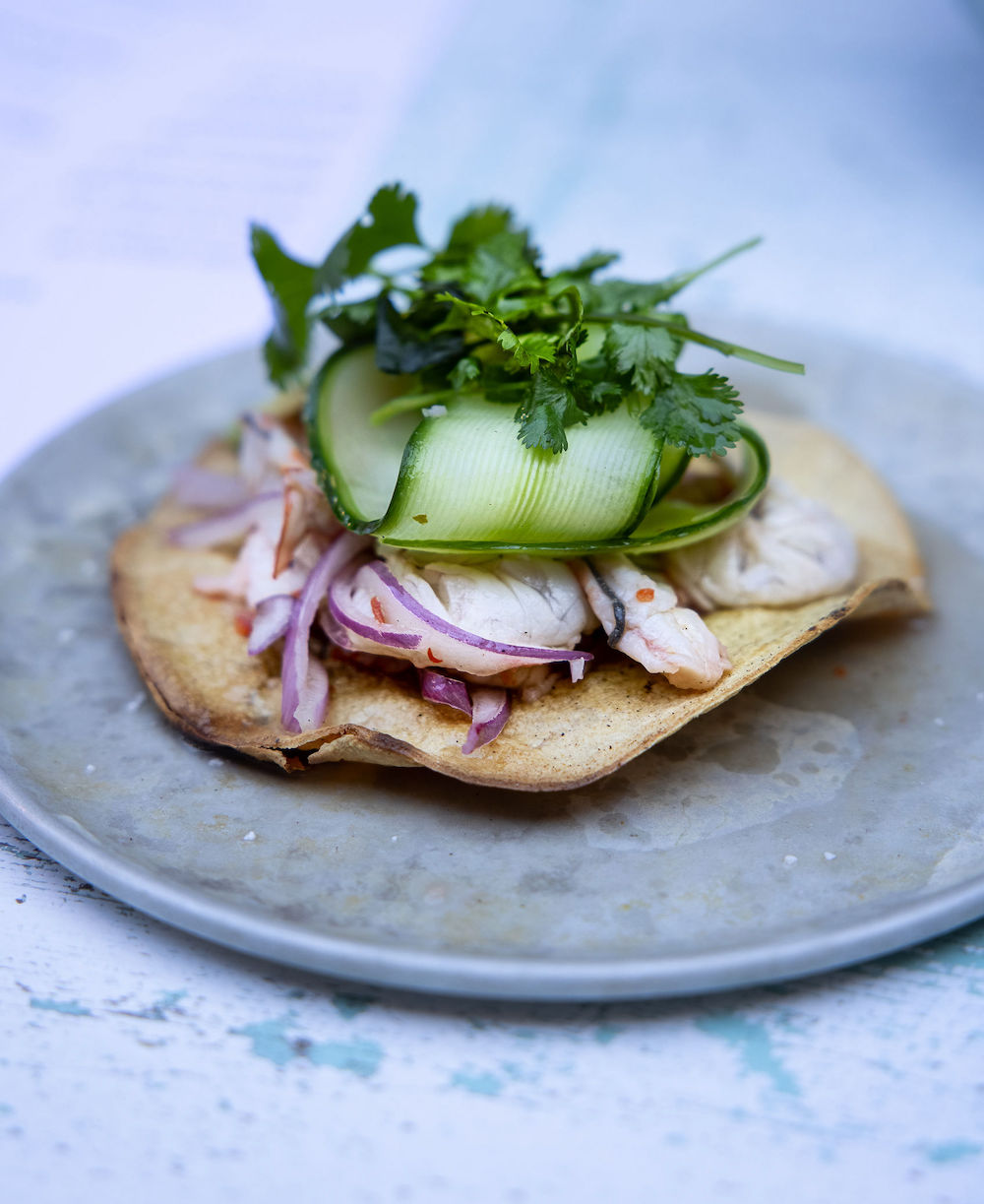 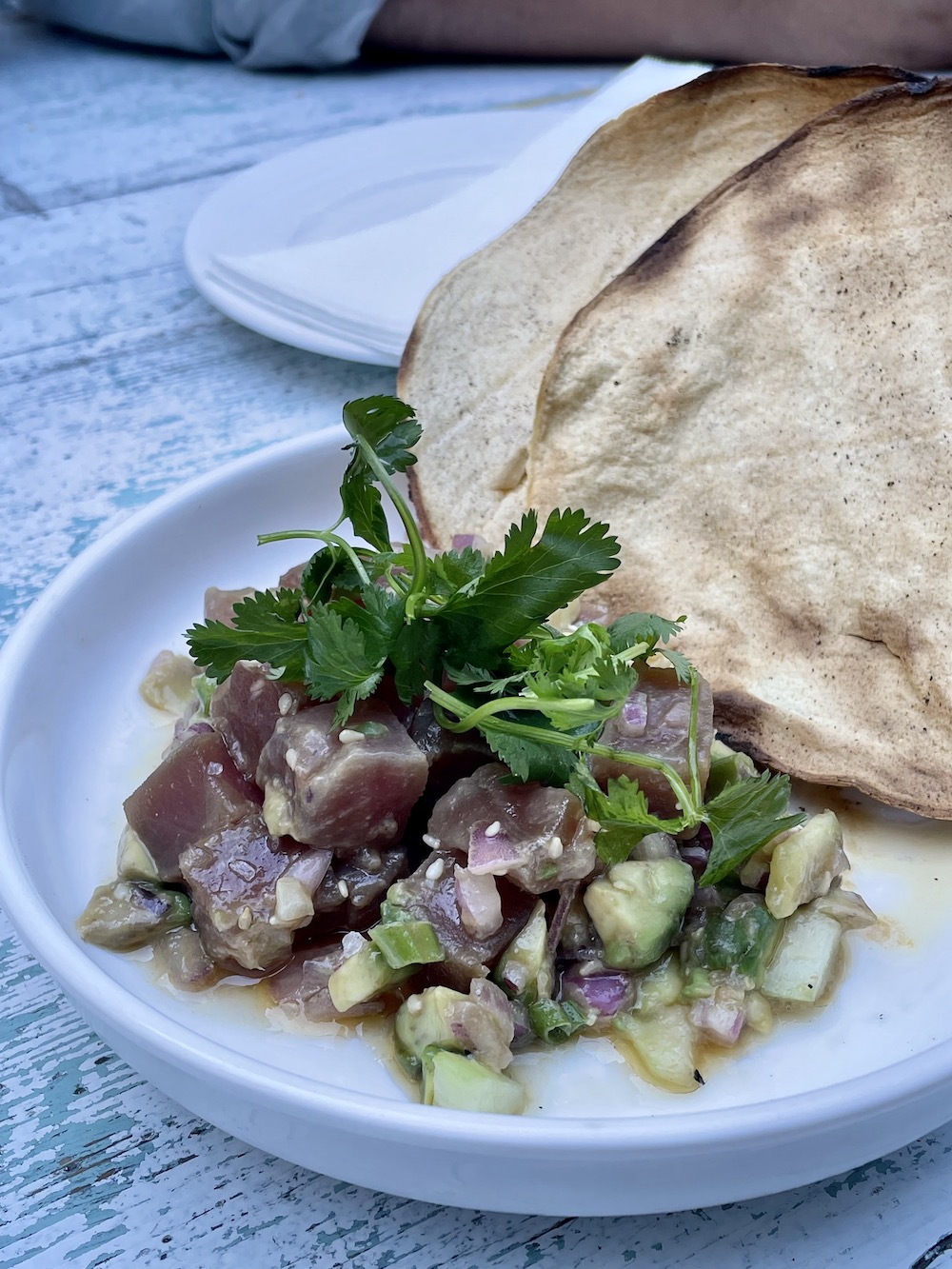 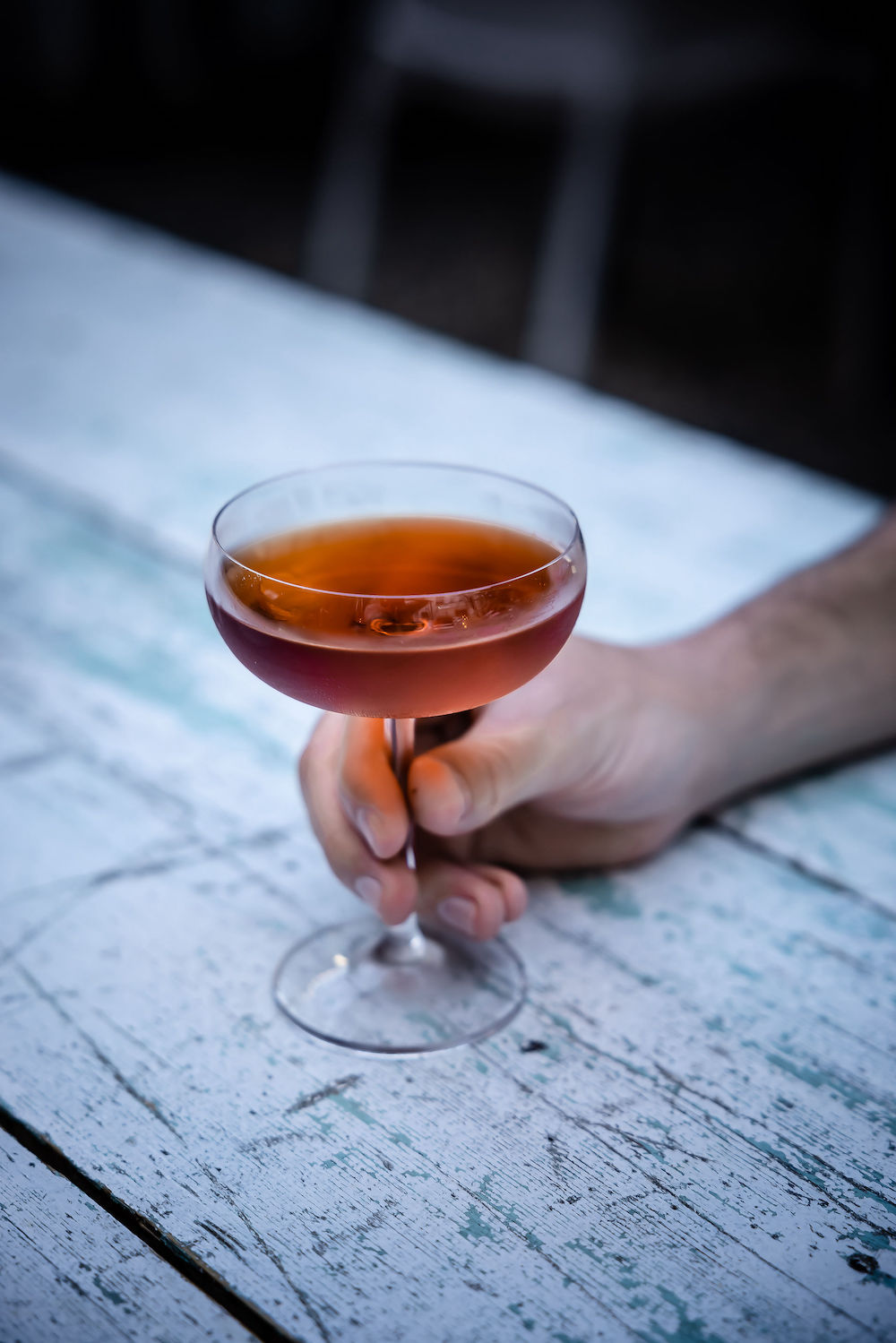 When it comes to sips, this spot has a really fun program. From local BC wines and beers to Mexican brews, you’ll definitely find something to suit your mood up for order.

We, however, are particularly fond of the margarita machine and the creamy, cold deliciousness that comes out of it. 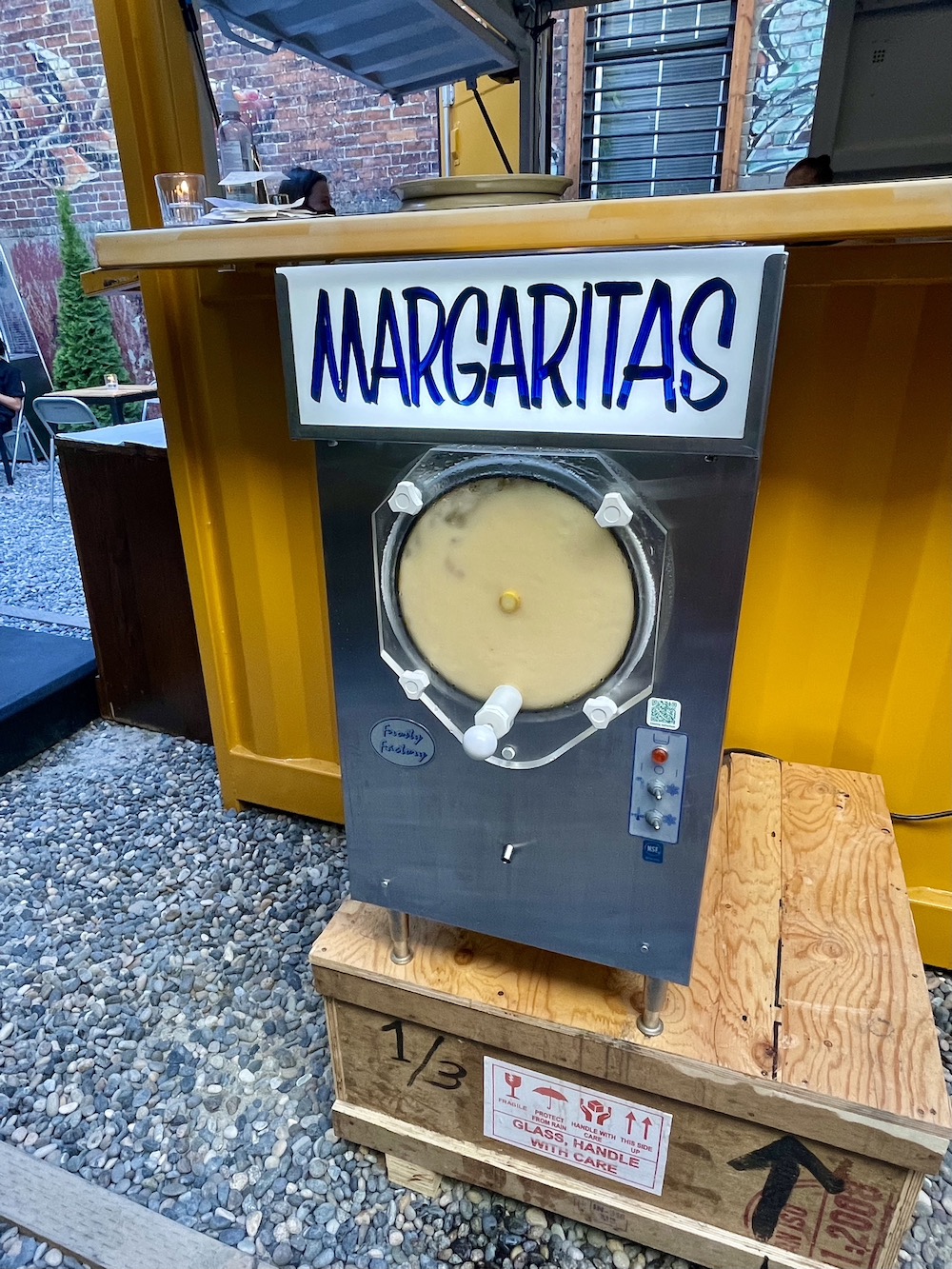 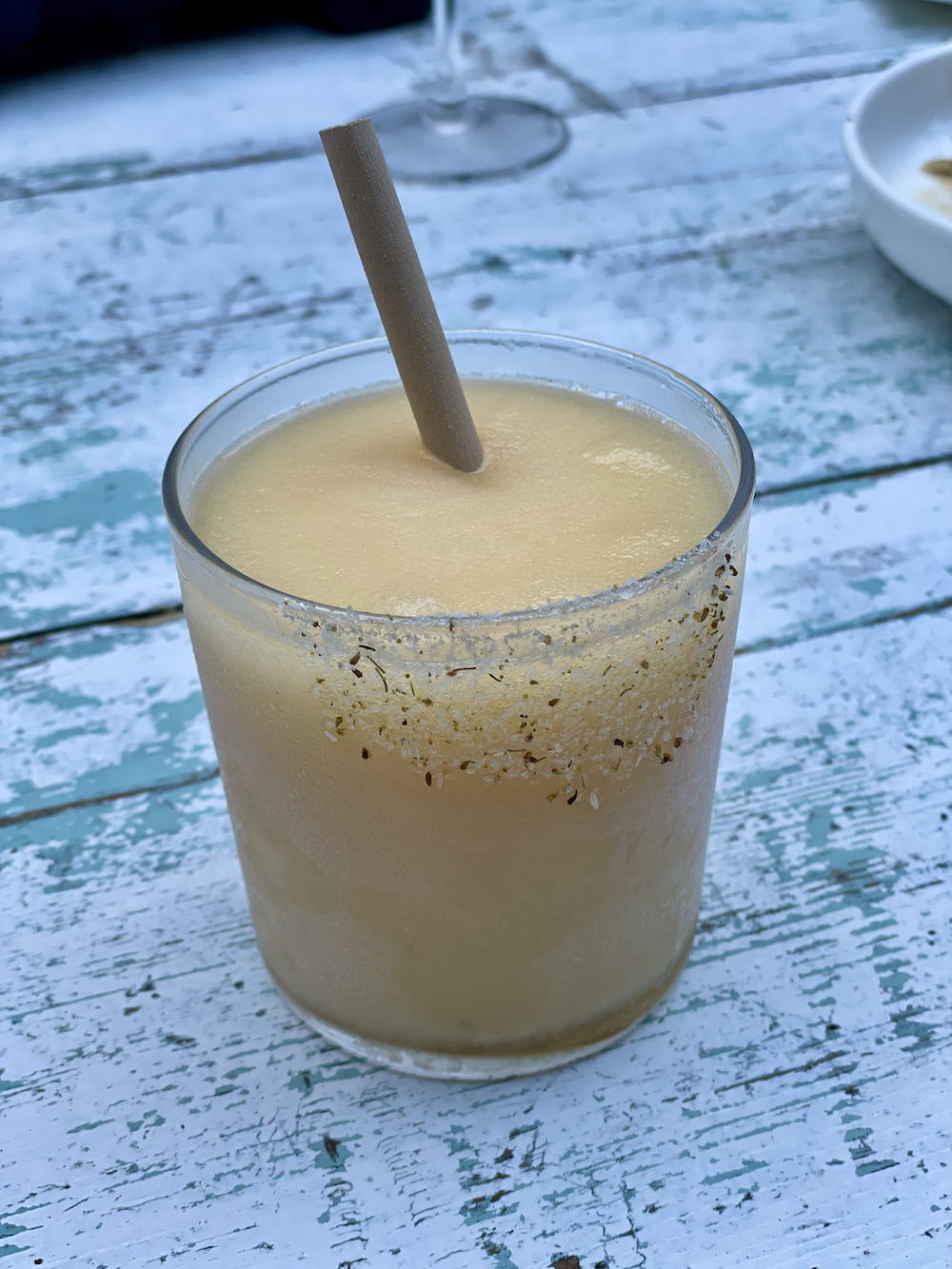 Since it’s branded as a cocktail bar, rest assured you can expect some stellar selection in that department.

The Tepatli, for example, is made with Tepache, Sheringham Akvavit, BC Absinthe, and Laura’s Kelp, which is actually harvested by a friend of the restaurant named — you guessed it — Laura. 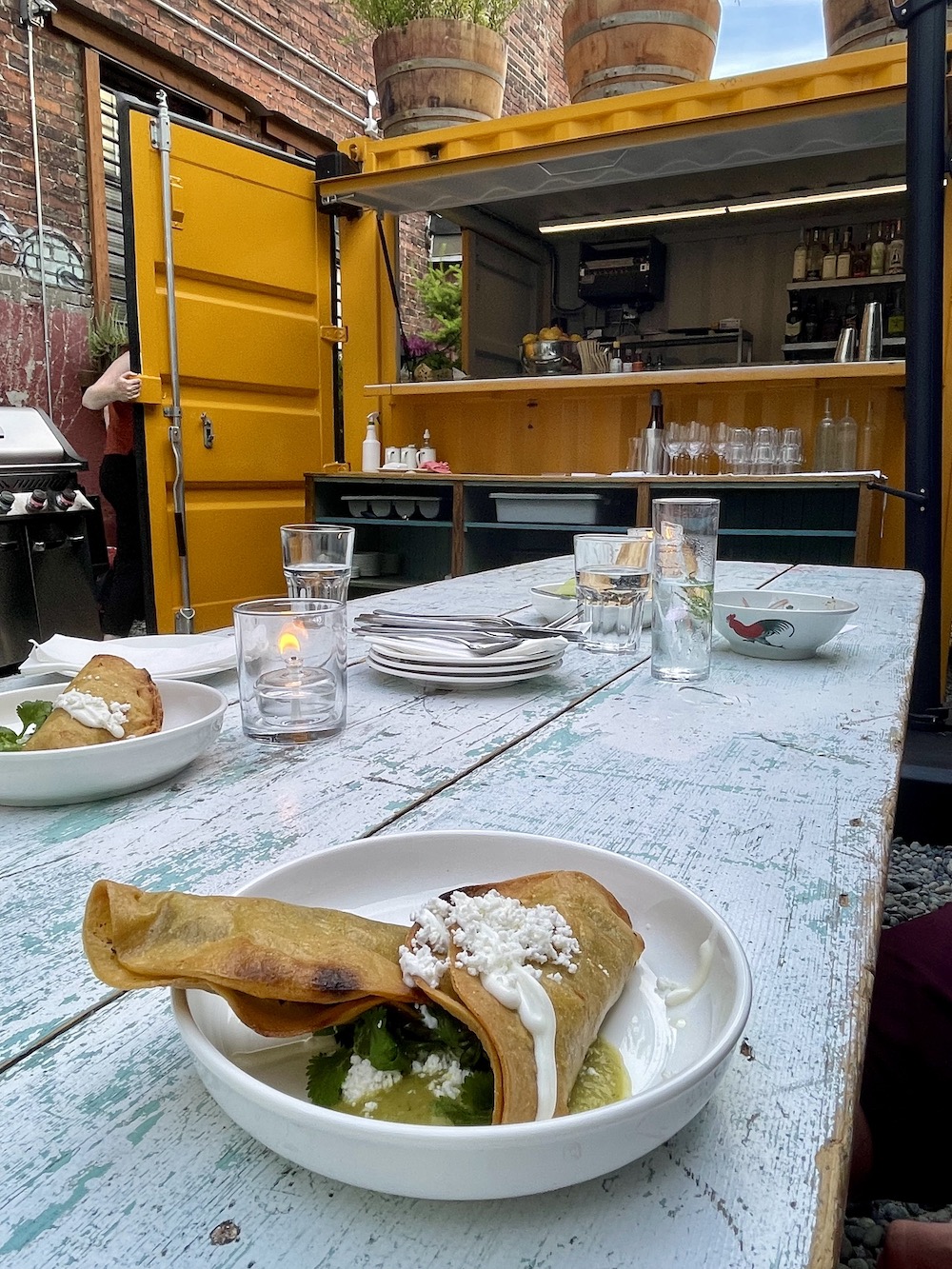 Chupito can be accessed from the back alley at 322 W Hastings Street. It’s now open Monday to Friday from 5 pm until late and on weekends from noon until late.