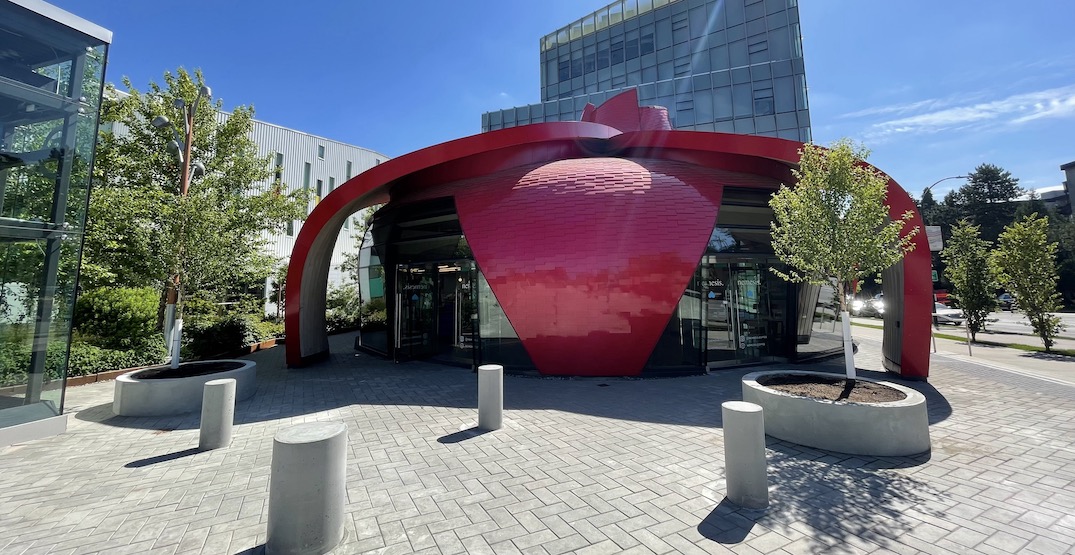 It’s been one serious wait, but if there’s anything we’ve concluded after our visit to Nemesis Coffee’s new Great Northern Way (GNW) location, it’s that the wait was definitely worth it.

The GNW project has been in the works for some time; in fact, while plans were being laid for the striking new concept inside a red flower-shaped pavilion on the edge of Mount Pleasant, the popular Gastown coffee shop’s team opened its second outpost at North Vancouver’s Polygon Gallery in winter 2019.

But the time has finally come, the opening date for this landmark has been set, and the team is ready to share the multi-faceted coffee and food experience they’ve been working towards for four years.

Nemesis GNW is the centrepiece of the 20,000-sq ft plaza located next to the entrance of Emily Carr University of Art & Design’s (ECUAD) campus.

The sparkle of the red metal shingles shimmering in the sun can’t be missed, whether you’re zipping in a car towards East Vancouver or heading the opposite direction on a bicycle — this structure is a straight-up show-stopper, and the same goes for its interior. 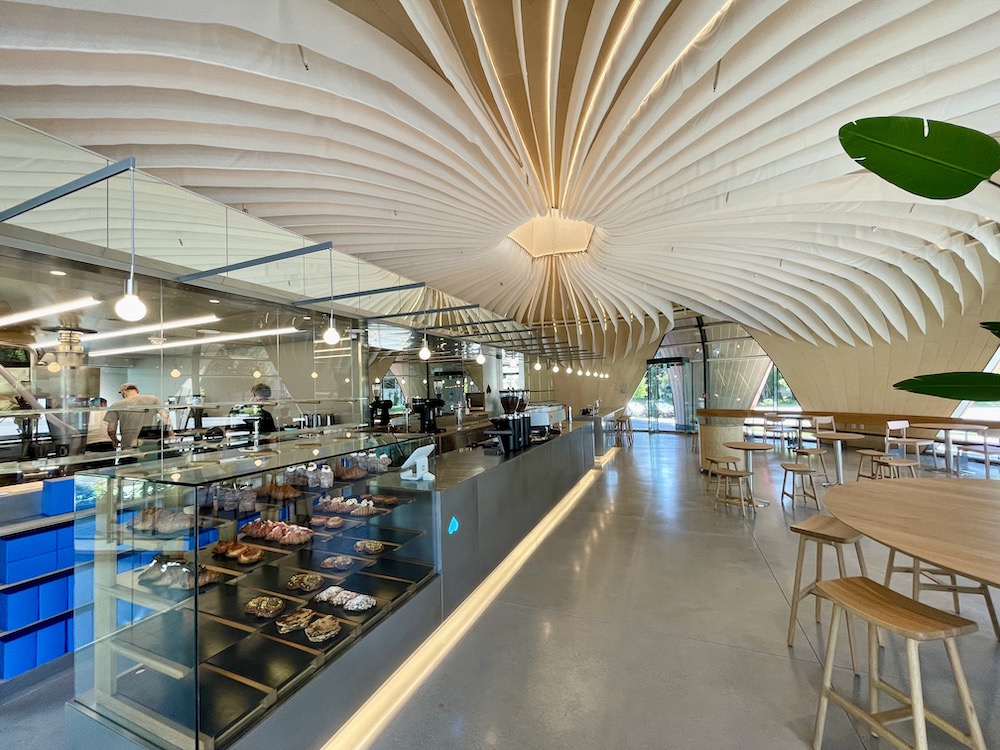 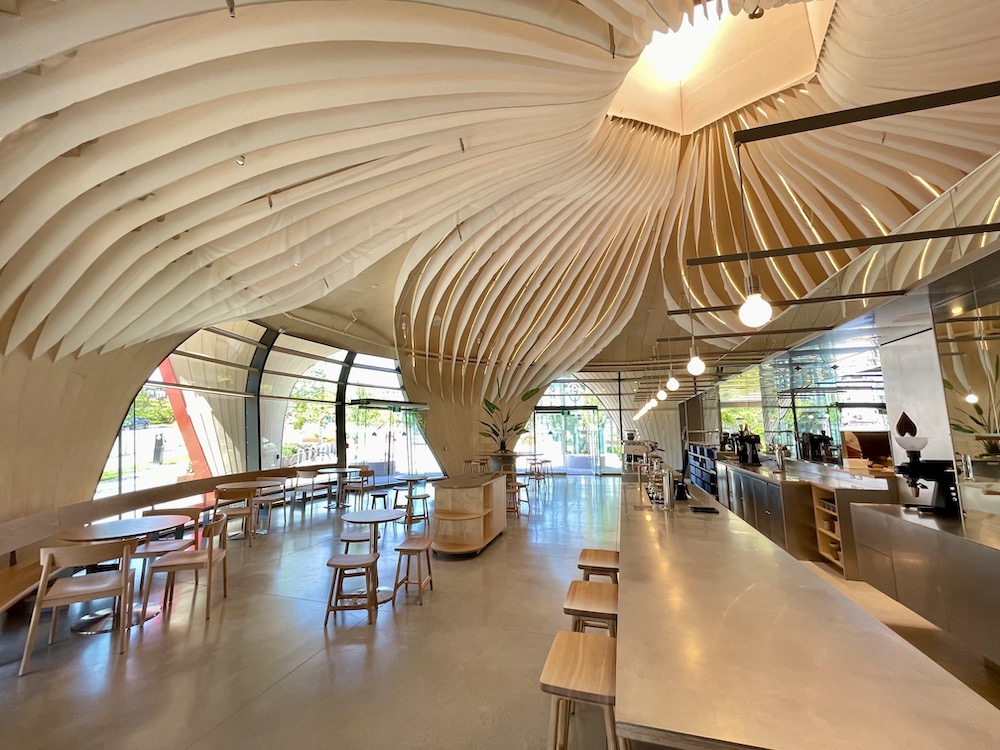 This 2,000-square-foot space, which was designed by local architectural firm Perkins + Will, has a few things that are the same as Nemesis’ other locations: a great, casual atmosphere, top-notch tunes, and an incredible coffee program overseen by Director of Green Coffee, Damian Durda. 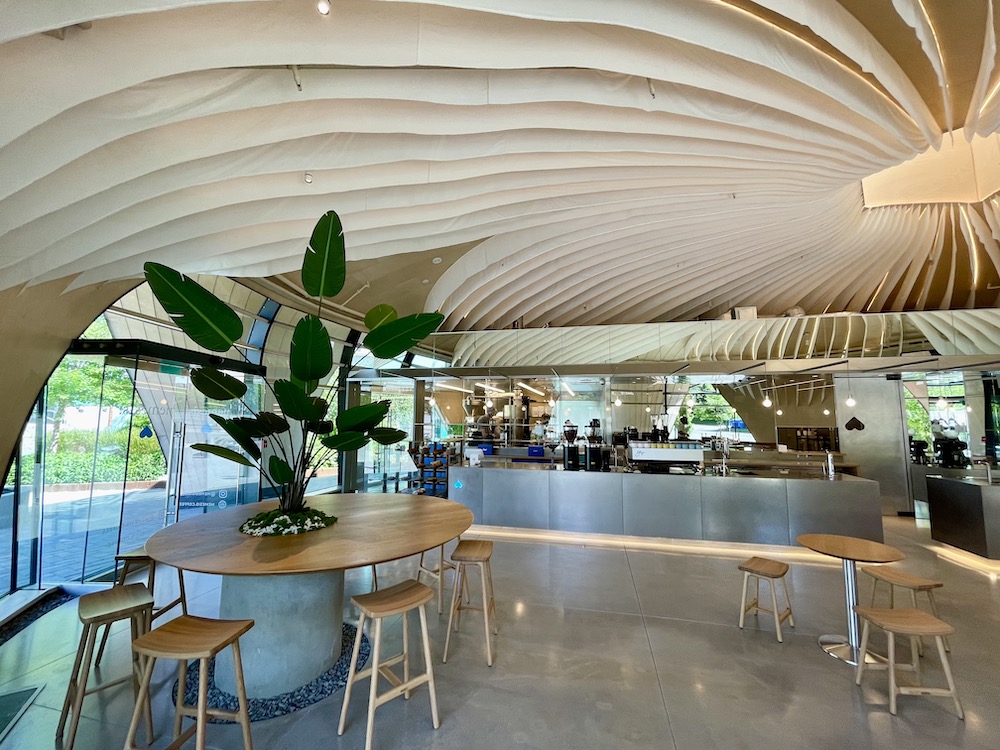 But fans of the other two locations can expect some different things from this spot too: a shiny new in-house roastery for one, and a soon-to-be-completed outdoor patio space with seats for 60.

A liquor licence is also in the works, which is great considering the patio is a total suntrap, and a brew or two might be necessary on those long, hot afternoons spent lounging on it. 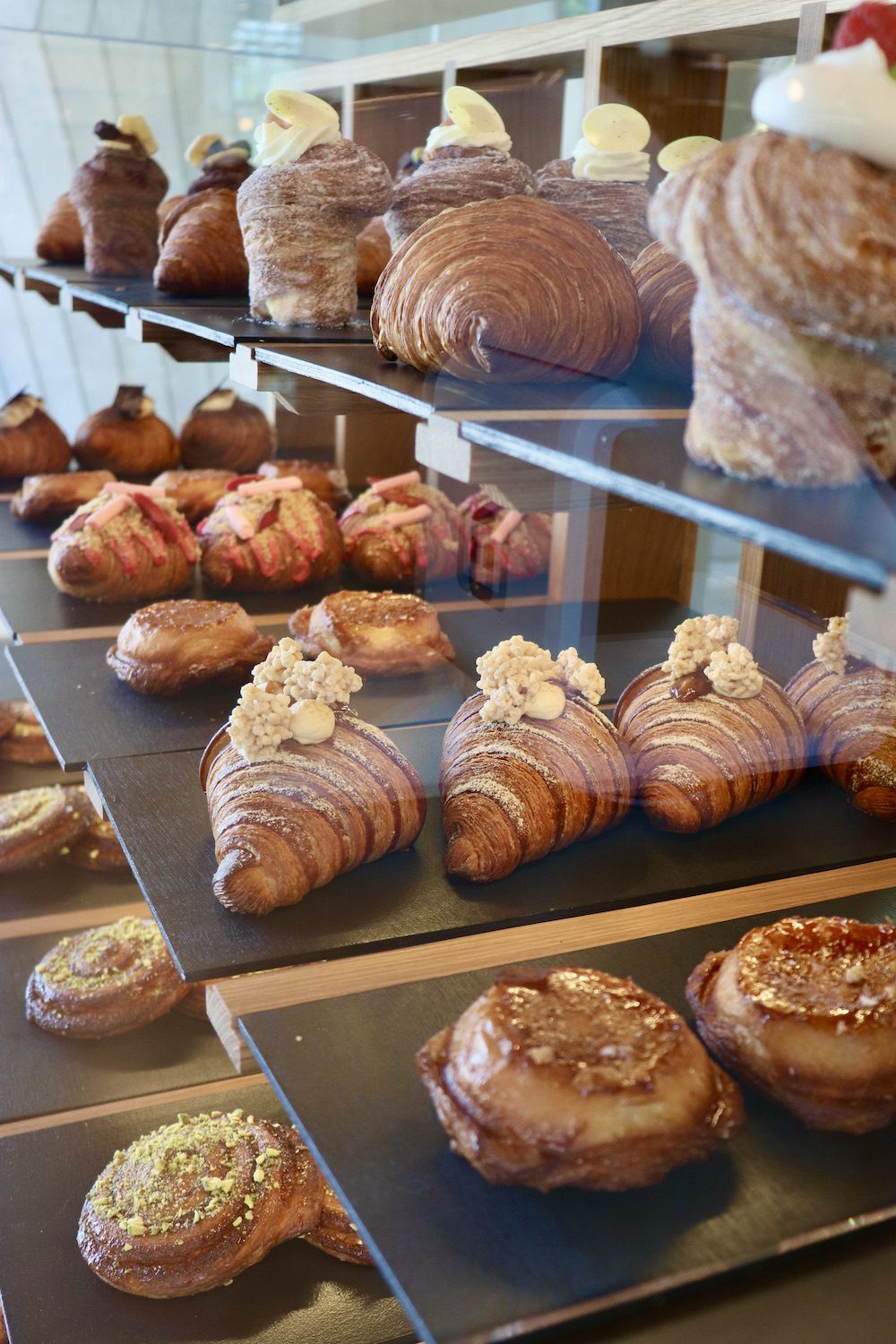 When it comes to grub, Head Chef Dean Strobel tells us he’ll be utilizing BC’s ever-changing seasonal ingredients from local producers to keep things fresh on the rotating menu.

We got a taste of Nemesis GNW’s spring selection, and we’re pretty excited about it. 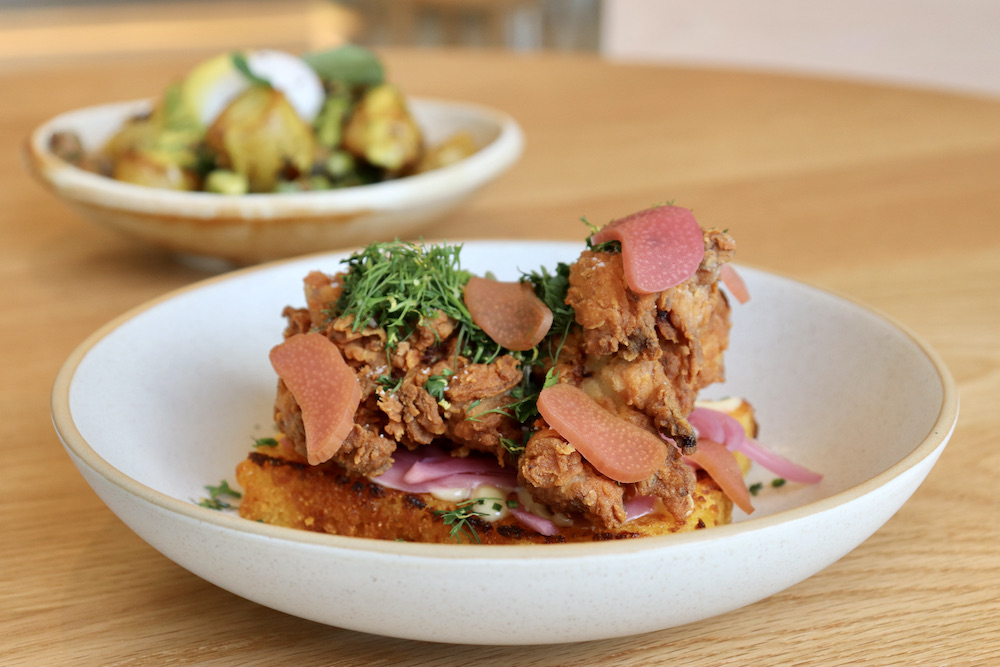 The picture-perfect Fried Chicken sits atop a fluffy, dense cornbread, which is then sprinkled with pickled rhubarb, pickled cucumber, pickled onion, and a harissa vinaigrette. 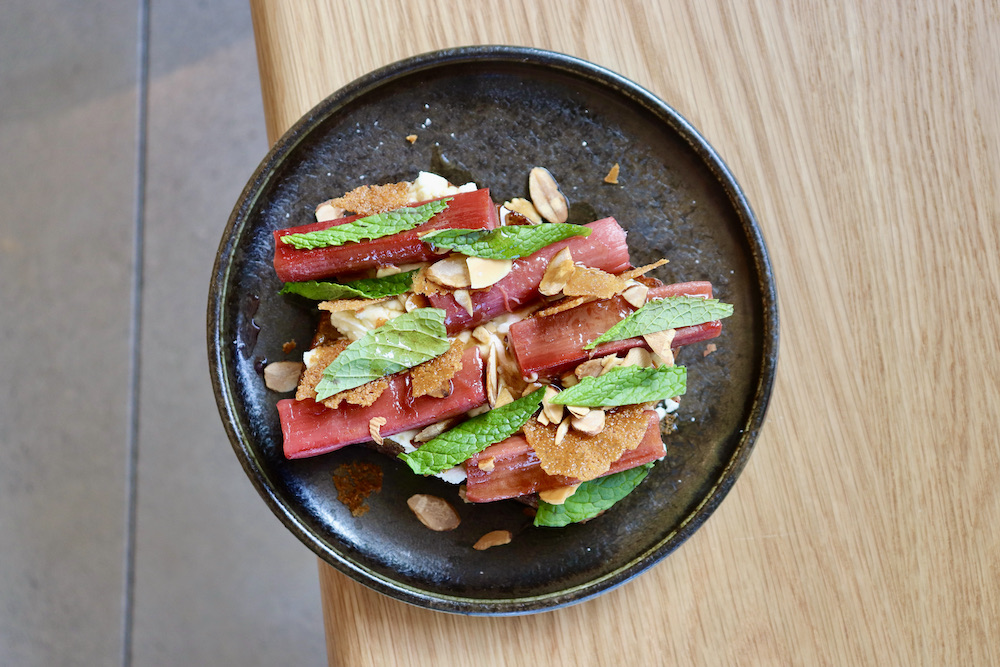 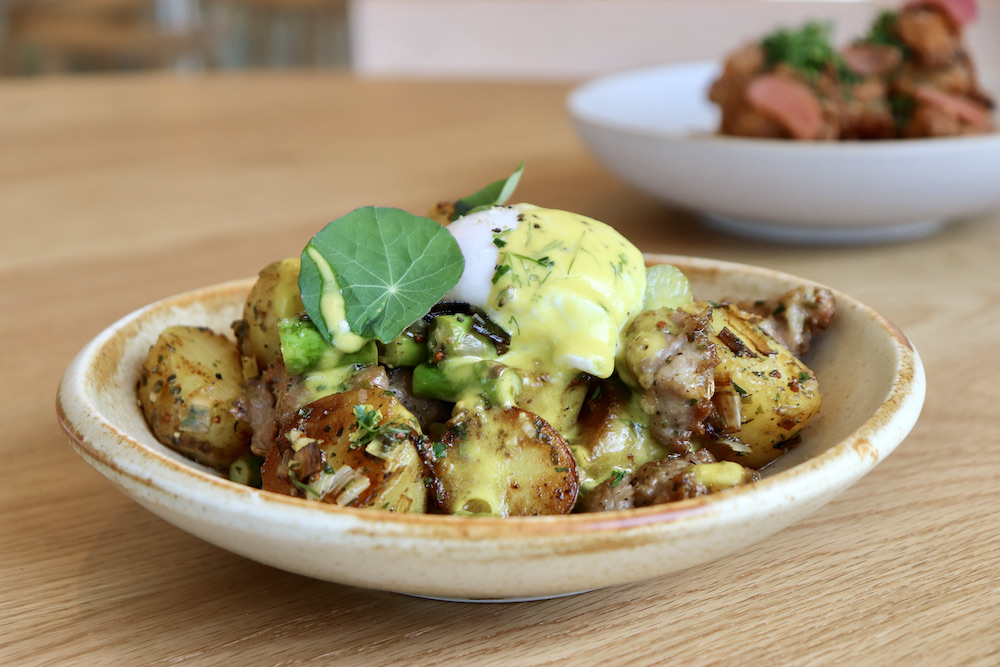 Nemesis is no stranger to stellar toasts — sweet or savoury — and the menu at GNW carries on this legacy. 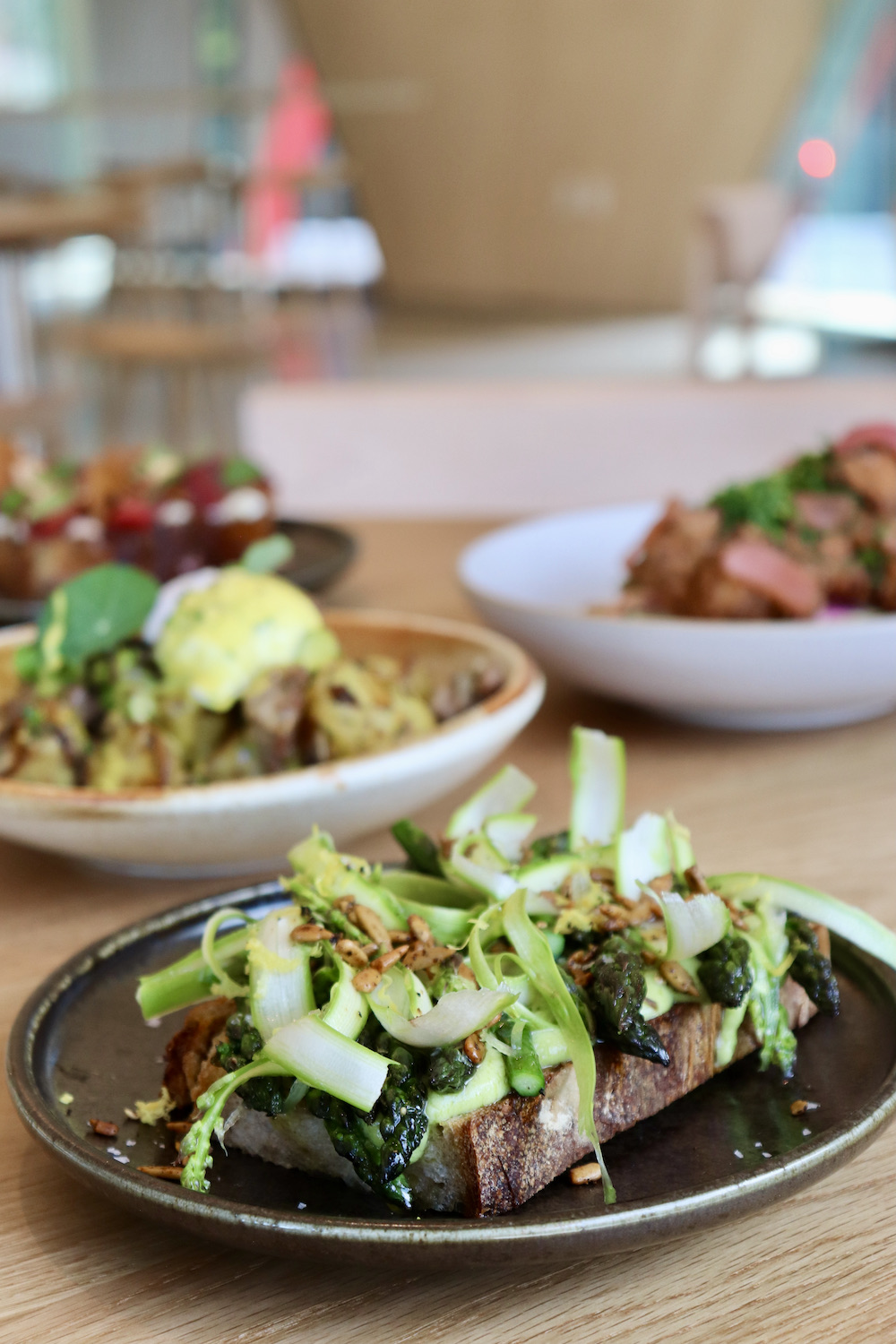 Like other Nemesis locations, everything here is made in-house, from the ricotta dotting the French toast to the brioche bread itself.

The menu of elevated brunch eats here isn’t available at the other two cafes, so you’ll have to come to the new outpost to devour it for yourself. 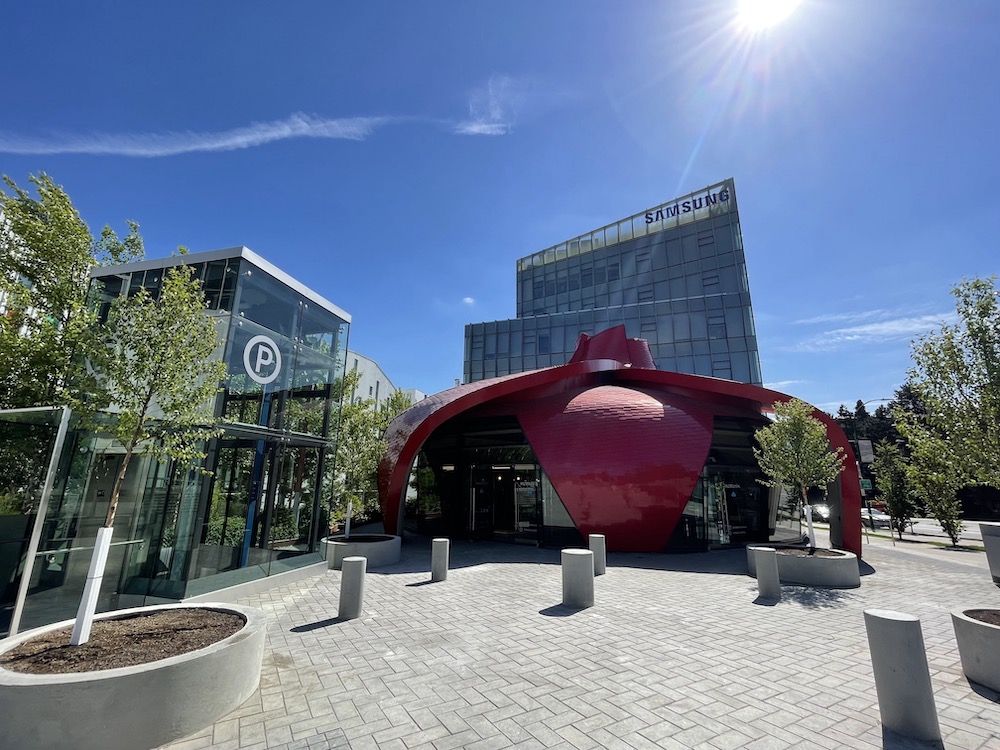 This spot will open to the public on Wednesday, June 9. Be sure to check it out.