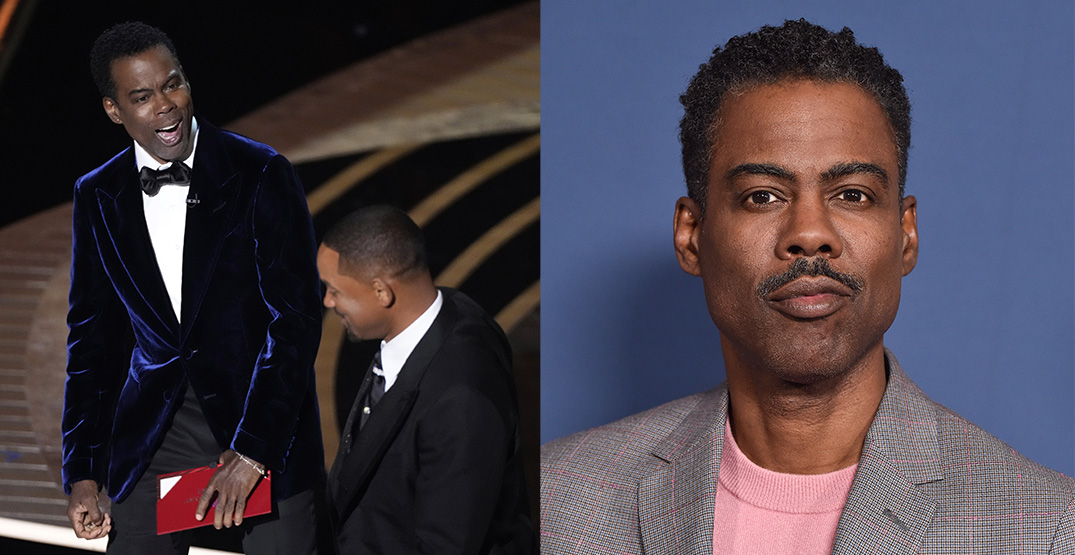 Chris Rock has spoken out for the first time since Will Smith slapped him at the Oscars on Sunday.

The comedian addressed the incident at a sold-out stand-up show in Boston on Wednesday, telling fans that he was “still processing what happened,” according to the Associated Press.

Rock was greeted with a standing ovation from the audience, and the applause carried on for minutes. Fans yelled, “I love you, Chris!” and the actor appeared to get emotional, a guest told The Associated Press.

“How was your weekend?” he said, opening up his set.

The Madagascar star didn’t mention Smith or Jada Pinkett Smith by name at the show and made it clear that he wasn’t going to talk about the event.

“If you came to hear that, I’m not … I had like a whole show I wrote before this weekend,” said Rock.

A quick recap of the incident — on Sunday night, at the 94th Academy Awards, Smith slapped Rock after the comedian said a joke about Pinkett Smith’s shaved head. For background, the actress had to shave her head as a result of her alopecia.

This isn’t the first time the comedian has picked on Pinkett Smith. At the 2016 Oscars, during the #OscarsSoWhite controversy, Pinkett Smith decided to sit out in protest. Rock joked that she was only boycotting because she wasn’t invited. The comedian has also been long criticized for his degrading takes on Black women.

He spent much of the show joking about other celebrities and politicians, including the Duchess of Sussex, the Kardashians, as well as President Joe Biden, Hillary Clinton and former President Donald Trump.

The slap has taken news feeds in the following days, with celebrities and fans taking to social media to share their hot takes.

Pinkett Smith broke her silence on Tuesday, sharing a message on Instagram likely alluding to the shocking turn of events on Sunday.

Smith apologized to Rock in a statement on Instagram Monday night.