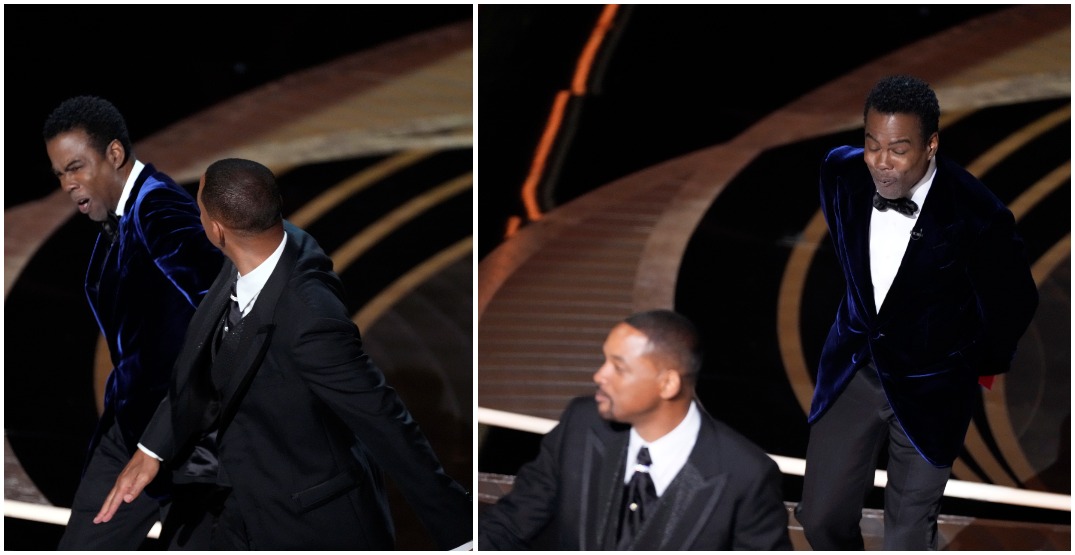 It was a dramatic night at the Oscars after Will Smith went on stage and appeared to hit Chris Rock over a joke made about Jada Pinkett Smith. 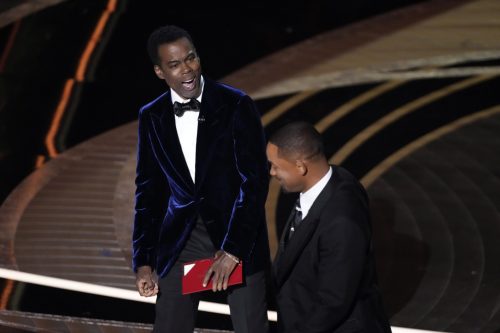 Rock was joking about how Javier Bardem and his wife are both nominated.

“Now if she loses, he can’t win. He is praying that Will Smith wins. Please. Lord.”

That’s when he turned his attention to Smith’s wife.

Pinkett Smith looked visibly upset while at first Will Smith seemed to be laughing.

The actress has taken to Instagram to speak about the challenges she has faced when it comes to hair loss and dealing with Alopecia.

A few month ago she shared in a post, “Mama’s gonna have to take it down to the scalp so nobody thinks she got brain surgery or something😜Me and this alopecia are going to be friends … period!😆”

As Rock began to move on, the actor took the stage and approached Rock and seemed to hit him.

After returning to his seat, Smith continues to yell at Rock. While the expletives were blocked on many Canadian stations, they did air in others, with Smith telling Rock, “Keep my wife’s name out your f*cking mouth.”

Rock says it was a joke, but Smith yelled again, “Keep my wife’s name out of your f*ucking mouth.”

After that Rock moves on and tells the crowd they are here to give out an Oscar for a documentary.

Shortly after the incident, Smith won an Oscar for Best Actor for the film, King Richard. He made an emotional speech and appeared to apologize to the Academy, and jokes he hopes he’s invited back.

At the end of his speech, Will Smith says, “Thank you. I hope the academy invites me back.”