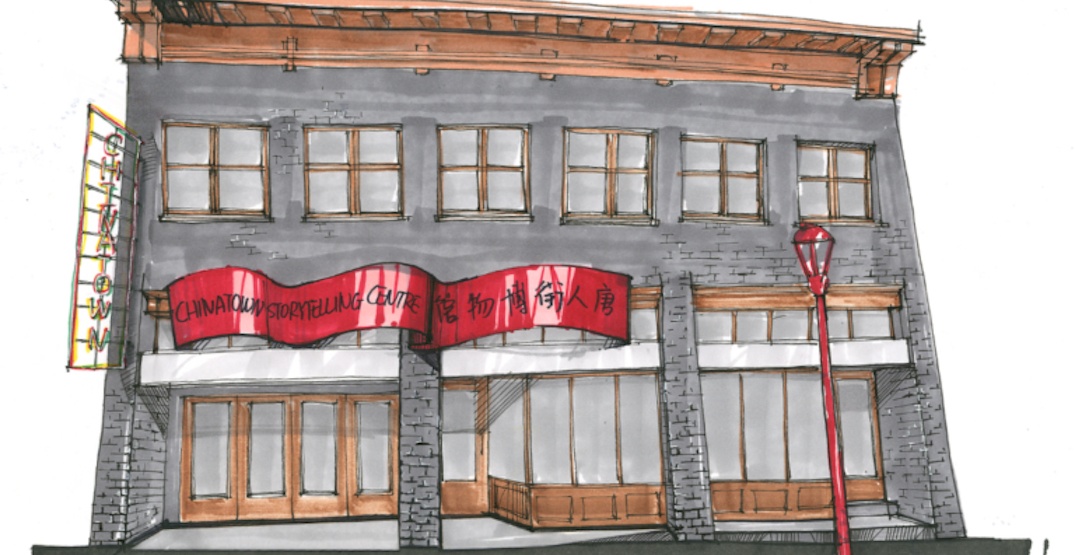 The federal government announced this week $4.4 million in funding for arts, culture, and heritage organizations across British Columbia, and one of the largest recipients was the Vancouver Chinatown Foundation (VCF) for a new unique undertaking.

An amount of $500,000 in federal funding will be provided to VCF towards the organization’s creation of the Vancouver Chinatown Storytelling Centre at 168 East Pender Street in Vancouver’s historic Chinatown district.

The new museum experience, spanning 4,000 sq. ft. within a retrofitted former bank, will include permanent exhibition and presentation spaces, temporary special exhibition space, and a shop with cultural and educational items.

“As someone with an immigrant story similar to many Canadians, I understand the importance of maintaining ties to one’s heritage and culture. The investment our government made today in the Vancouver Chinatown Storytelling Centre will preserve and honour the history and culture of Vancouver’s Chinatown,” said Mary Ng, the federal minister of small business and export promotion, in a statement.

“I am proud that our investment will enable the sharing of Chinese-Canadian stories in a way that is meaningful and accessible for all Canadians, and that it will support the economic and social growth of one of Vancouver’s oldest communities.”

In particular, there will be a permanent showcase of the early Chinese-Canadian contribution on building the Trans Canada Railway, the establishment of Vancouver’s Chinatown, the impact of the head tax on Chinese Canadians, the Second World War and the fight for citizenship, and the ongoing challenges faced by all Chinatowns in North America.

“The Storytelling Centre will engage visitors in understanding the contribution of Chinatown to the development of Vancouver. It will also explore the Chinese-Canadian experience and its role in nation building through the lenses of immigration, discrimination, community building, social justice, cultural heritage, and our shared intercultural history,” said Carol Lee, chair of the VCF for community revitalization.

“The monumental contributions of early Chinese immigrants helped shape the social fabric of Canada, and epitomize the perseverance and resilience of its early pioneers. The Storytelling Centre is truly a transformational project. We hope that it serves as a symbol of Canada’s pride and strength as a multicultural nation.”

The Storytelling Centre is slated to open sometime in early 2020, and its strategic location immediately adjacent to the recently-opened Chinatown House community hub and co-working space will allow for synergies between the two centres.

Separately, the provincial government is in the process of exploring a major museum in Chinatown that showcases the history of early Chinese Canadians.

As one of the ways to help revitalize the historic district, the provincial government is also supporting the City of Vancouver’s application of UNESCO World Heritage site designation application for Chinatown.