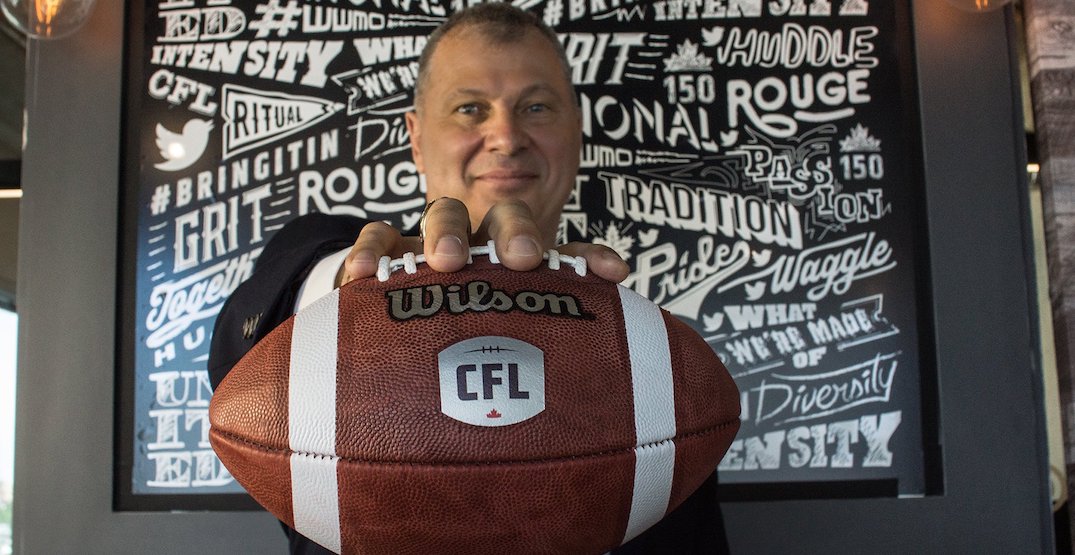 The Canadian Football League won’t be playing games in June, July, or August this year, but a return in the fall is still in the equation.

Citing a “focus on safety,” the CFL issued a lengthy statement on Wednesday, stating that the earliest the league might be able to return is in September — barring a “huge development” like a vaccine. The league said it is still examining a “number of possible scenarios,” but a final decision on a potential return will depend on what governments deem safe.

“There are several reasons, including the continuing restrictions on assemblies, travel and border crossings,” the CFL said in a media release. “Notably, several provinces and municipalities have already decided to prohibit until September 1st, all sporting events featuring large gatherings.”

Should it return, the CFL will have to play a shortened season from the usual 18-game regular season.

The CFL reiterated that they’re not promising a return this fall and that cancelling the season is still a possibility.

Other leagues like the NHL, NBA, MLB, and MLS, have expressed a desire to return without fans in attendance. CFL Commissioner Randy Ambrosie previously stated that wouldn’t be possible for his league, given the loss in revenue, which was part of the reason he asked the federal government for up to $150 million.

But Wednesday’s statement kept the door open for all possibilities.

“We know there is a great deal of interest in whether we might play with or without fans, or with social distancing rules in place. We are examining all possibilities with both public safety and financial viability in mind. It’s just too soon to speculate on what a return to play in September might look like.”

There is a possibility that the CFL and other leagues could play games with limited fans in attendance, as Taiwan’s professional baseball league has done.

The CFL also announced that Saskatchewan Roughriders, the planned host of this year’s Grey Cup, will now host in 2022, after the Hamilton Tiger-Cats host in 2021. The 2020 Grey Cup will instead be hosted by the team that qualifies for the championship game with the best regular season record.

The Grey Cup is typically played in November, though the league says they’re considering playing it in December if need be.