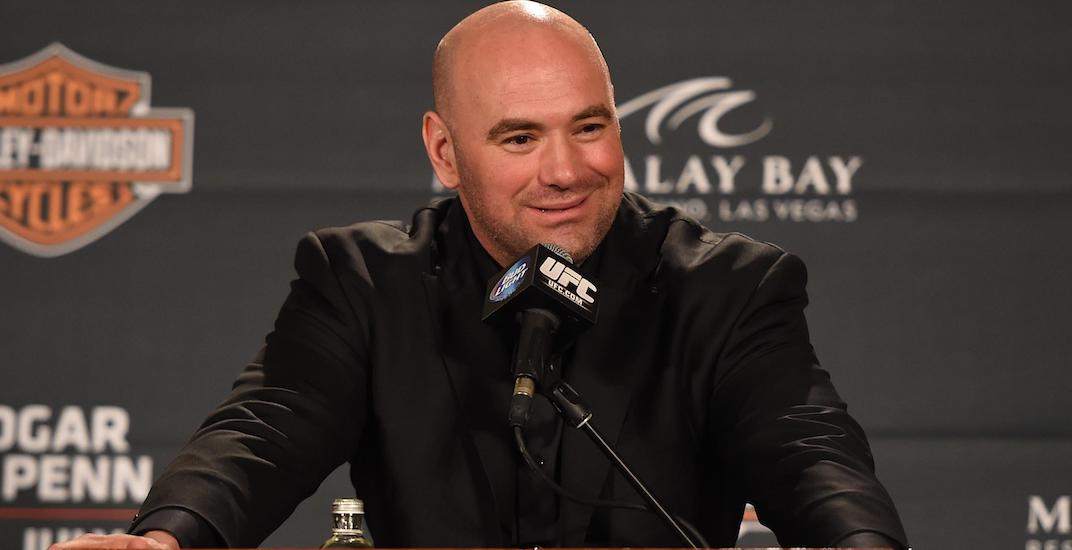 Online-casinos.com is a website dedicated to helping players find and play at trustworthy and safe casinos. The site provides detailed and informative casino guides and tips as well as thoroughly researched reviews of both established online casinos and new ones.

After grinding to a halt around the world, sports is beginning to restart, with some leagues and events already in action.

With apologies to WWE, which held WrestleMania and other events in Orlando throughout the pandemic, the biggest sporting event to return to North America will take place this weekend, as the UFC returns (for real this time).

A day out and we still can't believe how STACKED this card is! 🤯 #UFC249 pic.twitter.com/76tAxqjqbW

After Dana White toyed with the idea of staging fights in a secret location in the United States, as well as securing a private island for international bouts, the UFC will indeed return this weekend.

UFC 249 is taking place without a crowd on Saturday in Jacksonville, Florida, headlined by an interim lightweight title bout between Justin Gaethje and Tony Ferguson. The main card begins at 10 pm ET/7 pm PT on pay per view, while the prelims can be seen on TSN in Canada beginning at 8 pm ET/5 pm PT.

You can watch the KBO League starting May 5th at 1 AM ET on ESPN.https://t.co/baZBFfyrTj

ESPN is airing live English-language broadcasts of the Korean Baseball Organization, which has started its season in empty stadiums in South Korea. Highlights of the games are even being featured on SportsCenter south of the border.

The first baseball league to see a return to action was the CPBL in Taiwan, which has also become the first league to welcome back fans to the stands (no disrespect to the mannequins and robots that previously filled the seats).

About 1,000 fans were allowed in for games this week, with mandatory temperature checks and face masks in place, while spectators are kept one metre apart from each other.

The Taiwanese soccer league has also returned to play.

Wondering where you can watch us get back underway next weekend? 🤔

One of the top soccer leagues in the world returns to action on May 16, as the Bundesliga in Germany aims to complete its season by June 30. Games will be played behind closed doors, but will be a huge shot in the arm for soccer-starved fans not only in Germany but also around the world.

NASCAR races to a return

NASCAR will make official today its return in May for several divisions.

NASCAR is returning to action next weekend without fans in the stands, beginning with a May 17 race at Darlington Raceway in South Carolina — 70 days since the last race at Phoenix Raceway. It’ll begin an unprecedented stretch of four Cup Series races in 11 days.

Golf hoping to be back next month

Some golf news: PGA Tour emailed players today confirming it remains on track to resume season week of June 8 at Colonial. Also, its health & safety plan, while it "continues to evolve," will be sent out early next week.

The PGA Tour is planning to hold its first event since the pandemic June 11-14 at the Colonial Country Club in Fort Worth, Texas. The plan is reportedly to have everyone at a single hotel, while creating extra space onsite for physical distancing requirements.

And, of course, there won’t be a gallery on hand.

The LPGA is currently targeting a return in mid-July.

What about the rest?

Most of the major pro leagues in North America are still dormant, although the NBA and MLS have begun opening facilities for physically distant training. Both those leagues are hoping for a return to play in empty stadiums this summer, as are the NHL and MLB.

The NFL, meanwhile, announced its schedule as usual this week, with the regular season beginning in September — although contingency plans are in place in case they need to delay things.

The news isn’t as good for the Canadian Football League, which needs fans in the stands in order to operate. The CFL has asked for federal government assistance, and says it is at risk of permanently ceasing operations.