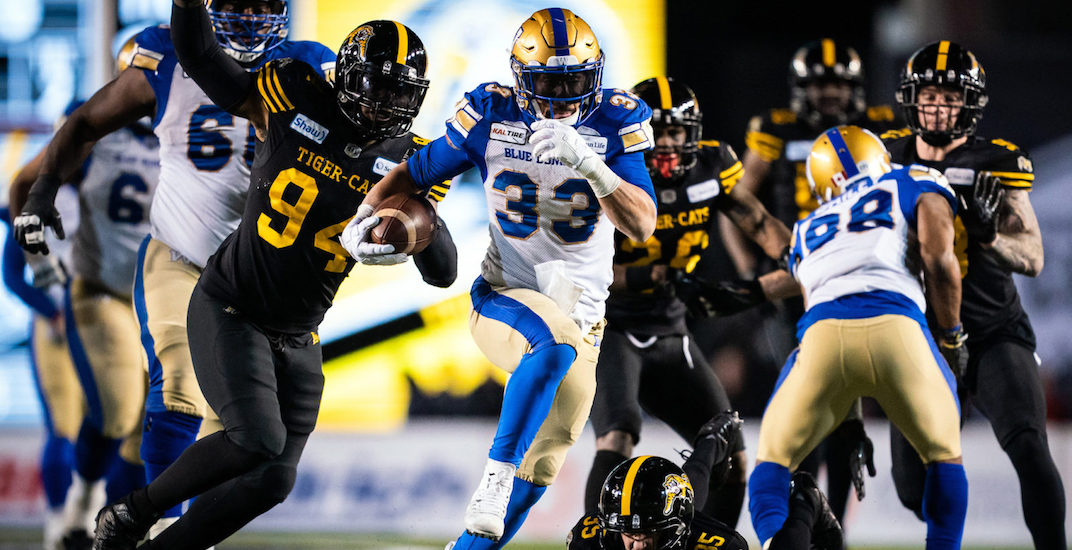 Prime Minister Justin Trudeau confirmed that the CFL has asked for financial support from the federal government, as the all-Canadian league faces the prospect of having to cancel the 2020 season.

Trudeau was asked about the CFL requesting $150 million in federal money, following a report by the Canadian Press.

“With regards to the Canadian Football League, we’re looking at how we can support various organizations because we do recognize it’s an important issue for them, for the league, and for many Canadians, and so we’re pursuing our discussions with them,” Trudeau said on Wednesday.

The CFL regular season was scheduled to start on June 11, with the Grey Cup being handed out November 22 in Regina. There’s a possibility the league could play games without fans this summer, as the NHL and NBA are hoping to do, though that would be a more difficult financial endeavour for the CFL.

While the CFL has a lucrative television rights deal with TSN, the CFL is still primarily a gate-driven league. Many experts believe that fans won’t be able to return to stadiums until a vaccine is created, and that’s not expected until next year.

In a statement from the league provided to Daily Hive, the CFL said its future “could be in jeopardy.”

“COVID-19 has created a world of uncertainty for all of us and certainly the Canadian Football League. Like our fellow Canadians, we are grateful to the frontline workers who are doing so much to keep us all fed and safe, and to everyone who is doing their part to fight the virus and its spread.

“We are following the advice of public health experts and the guidance provided by governments. We are trying to work our way through various potential scenarios, but we don’t know what the future holds. At best, our season is delayed and, at worst, we could lose several games and even our entire 2020 season. If concerns about large gatherings in stadiums persist, our future itself could be in jeopardy. We are working to meet this challenge with both optimism and pragmatism.

“The CFL is unique from other professional leagues. We value our sponsors and broadcast partners, but our biggest source of revenue, by far, comes from ticket buyers – the fans in stands. Our players are what you might describe as “working class heroes.” They are gifted athletes who spend countless hours in the community working in programs which address issues such as bullying, violence against women and food insecurity. But one superstar in some other US-based leagues might make as much as the rosters of several CFL teams combined. We are a Canadian league without access to giant TV markets in places like New York and California.

“In the face of the current uncertainty and dropping revenues, we have asked the federal government to work with us to look for ways to help sustain this Canadian institution that is the CFL, the Grey Cup which is its hallmark, and the jobs, economic activity and sense of community and country that they foster.

“We have told federal officials we would want to earn any funding – and pay taxpayers back – by using all the tools at our disposal, including community and public education programs across the country, the use of our digital channels, stadiums and broadcasts for advertising and promotion, and tourism initiatives surrounding the Grey Cup and other CFL events. We want to be accountable.

“We know many Canadians are struggling and the federal government is dealing, literally, with matters of life and death. We simply feel an obligation to do everything we can to ensure the CFL and the Grey Cup, which have been a valuable part of Canadian life, can be there for Canadians to play a role in the recovery we know lies ahead. We hope our next Grey Cup will be one of our most important – a signal to the world that Canada, as we know it and love it, is truly back.”