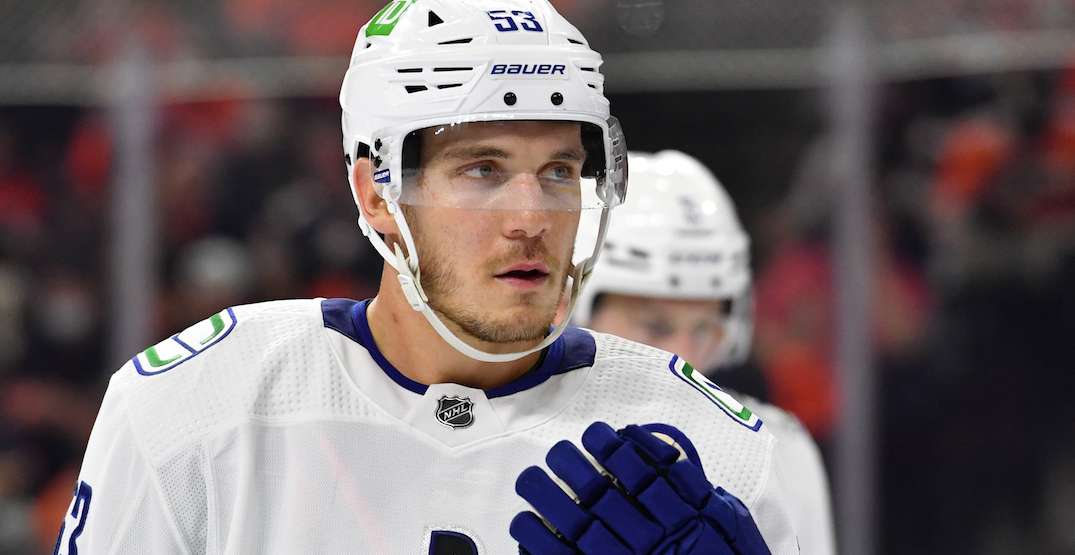 Not much is going right for the Vancouver Canucks these days.

Losers of four in a row, their 5-9-2 record is the worst record by a Canucks team in 24 years.

The pressure is on GM Jim Benning and head coach Travis Green, as rumours about their job security swirl.

But it’s also on the players, who desperately want to bump this slump and can’t stand losing any longer.

“We’re frustrated. We’re sick of losing,” said Canucks captain Bo Horvat after practice today.”It is getting exhausting talking about it all the time. It’s nobody’s fault but ours and we gotta figure out ways to get the job done.”

While patience is reportedly still being preached by ownership, you can sense the urgency talking to Horvat. While he says he still believes the Canucks are a good team, he knows they haven’t got much time to waste in order to prove it.

“We have to put the pieces together, fast,” he said. “We can’t let this slip away from us this early.”

Horvat believes turning things around begins with hard work, which is something the team has been lacking on too many nights. The Canucks captain went out of his way to acknowledge that fact, focusing on the team’s effort when asked a question about the systems the coaching staff have put in place.

“It just comes down to working hard,” said Horvat. “We have too many passengers sometimes during these games.”

Working hard seemed to be the theme of Tuesday’s practice, as Green had his players doing a lot of battle drills, with players rattling the boards and glass regularly at Rogers Arena.

“I thought we needed a little bit of a competitive checking day,” said Green. “We have a young group, especially up front with our forwards, and sometimes you need reminders, and you need a little tune up in certain parts of your game.”

It’s not all effort, of course. Confidence is an issue at this point, as is execution on special teams — which Horvat acknowledged.

The Canucks currently rank 24th on the power play, and are dead-last on the penalty kill. That’s the biggest statistical difference between this team and the group that made the playoffs in 2019-20, when they were fourth on the power play and 16th on the PK.

“We haven’t gotten the job done,” said Green. “I don’t think there’s one thing that I can say, ‘That’s our problem.’ I do believe that if we were better on faceoffs, it would help us… We can dissect a lot of different goals. Shots have gotten through, we’ve been seam-passed. We have to tighten up, there’s no secret.

“Our guys are working on it. Our players know it.”

Horvat is a fixture on the power play and recently has been used on the penalty kill as well.

“We have to hold each other accountable. We have to look in the mirror and really evaluate ourselves as individuals, and as a team,” said Horvat. “We can’t have guys not competing or not playing on a nightly basis. We need everybody to win.”

As captain, Horvat knows he has to step up as much as anyone.