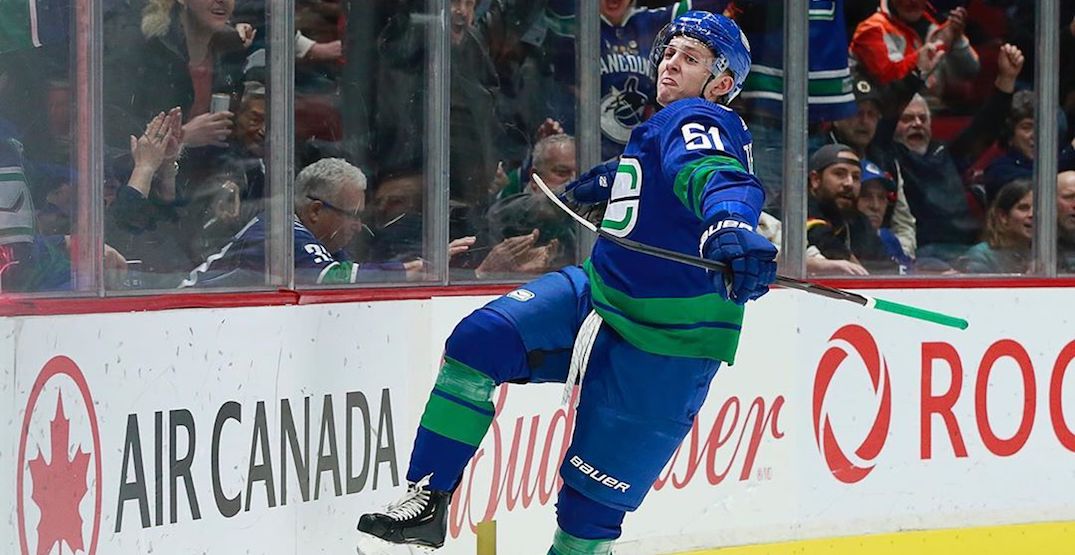 With a flat salary cap and not enough dollars to go around, Vancouver Canucks general manager Jim Benning has a big decision to make today.

Qualifying offers are expected for Virtanen, Motte, and Gaudette, but Stecher is the wild card.

.@irfgaffar: Jake [Virtanen] will be qualified by the #Canucks today. I can't say the same for Troy Stecher. #Canucks

A qualifying offer to Stecher would require matching his current $2,325,000 salary, but it would also make him eligible for salary arbitration. That was the same concern that resulted in Ben Hutton leaving last year, as he was not given a qualifying offer, making him an unrestricted free agent.

Stecher, 26, played the fifth-most minutes on the Canucks’ defence last season, averaging 15:21 per game. He put up 17 points, including a career-high five goals. He also plays the right side, which is a position the Canucks will be in great need of if Chris Tanev leaves in free agency as many expect.

There is a possibility that the Canucks could not qualify Stecher today, then come to an agreement on a new contract, though that type of move is rare. The Richmond native clearly likes playing for his hometown team, but he may be able to get more money somewhere else.

The clock is ticking, as the Canucks prepare to make five selections on the second day of the draft today. Free agency opens on Friday.