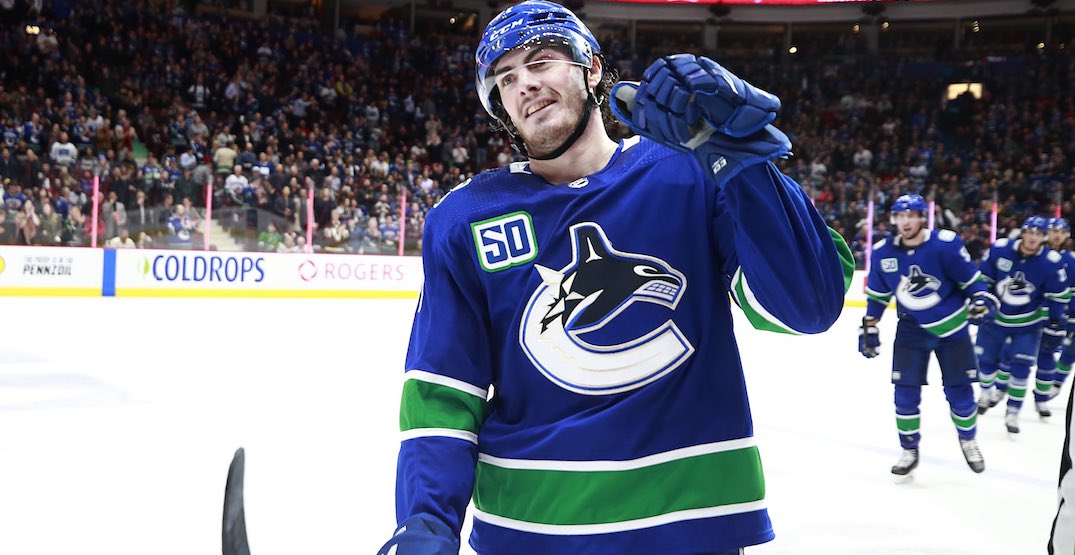 The Vancouver Canucks have finally put pen to paper with one of their restricted free agents, re-signing forward Zack MacEwen to a two-year contract carrying a $825,000 cap hit.

The 24-year-old PEI native established himself as an NHL player this season, appearing in 17 regular season games, scoring five goals and adding one assist. He was in and out of the lineup during the playoffs, appearing in six postseason games.

“Zack is a physical two-way forward whose game complements our roster,” said Canucks GM Jim Benning. “He’s a talented young player with a high compete level and we’re excited to have him continue to develop his career as a member of the Vancouver Canucks.”

Undrafted out of junior, MacEwen was an astute free agent signing by Benning in March 2017. Since earning an NHL deal, the 6-foot-3, 205-pound winger quickly worked his way up the ranks in Utica.

MacEwen’s cap hit will actually be lowered slightly, dropping from $847,500, which will be a fact of life for many depth players with a flat salary cap. Given the Canucks’ cap troubles, the team will need affordable players like MacEwen to make a difference on their third and fourth lines.