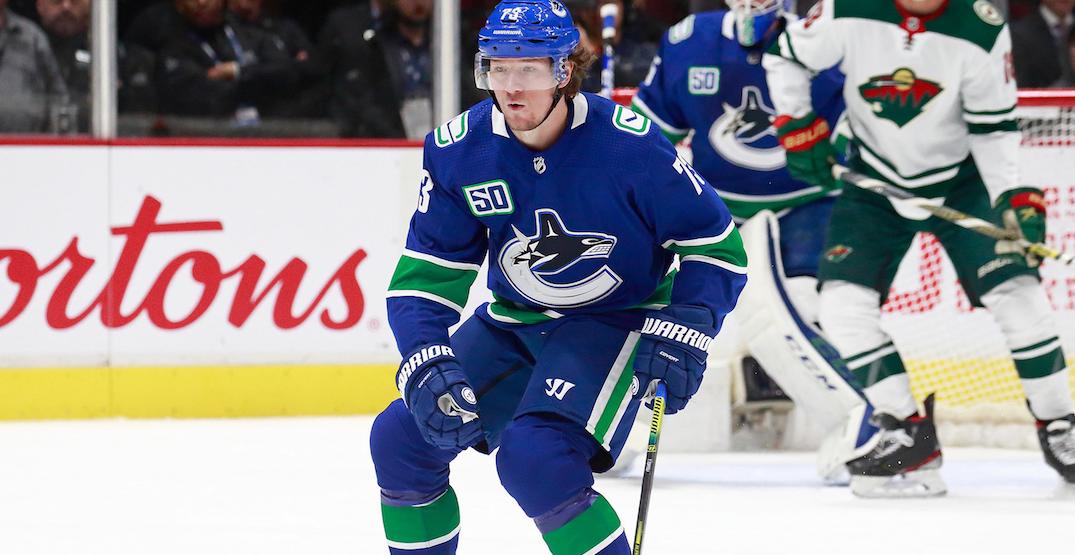 Tyler Toffoli will hit the open market this Friday, free to sign with any team he wants, according to a pair of reports.

TSN 1040’s Rick Dhaliwal and Sportsnet’s Elliotte Friedman are both reporting today that the Canucks will be unable to re-sign Toffoli before Friday, at which point he’ll become an unrestricted free agent.

Word it appears as if Tyler Toffoli will hit market due to VAN’s tight cap situation. Another scorer available in free agency

The issue is the Canucks’ salary cap, which has been eaten up with years of regrettable contracts.

Toffoli, 28, was acquired on February 17 in a trade with the Los Angeles Kings, costing Vancouver prospect Tyler Madden, Tim Schaller, and a second-round pick. The Scarborough, Ontario native was a great fit on the Canucks’ top line with Elias Pettersson and J.T. Miller, scoring 10 points in 10 regular season games.

Toffoli was injured in the first play-in game against Minnesota, but still managed to contribute four points in seven playoff games, even while playing at less than 100%.