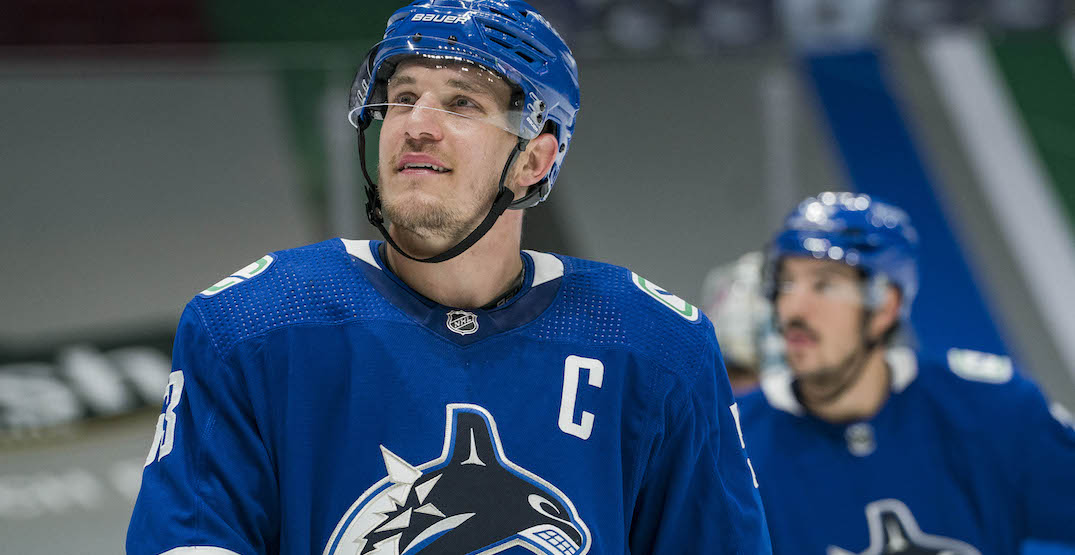 The Vancouver Canucks will be the first team to get a good look at the Seattle Kraken.

Seattle’s first-ever opponent will be the Canucks, with the game being played in Spokane, Washington, while the Kraken put the finishing touches on Climate Pledge Arena. That’s the first of seven preseason games revealed by the Canucks today, which includes home and away games against Seattle, Calgary, Edmonton, and a lone home game against Winnipeg.

The Canucks will hope that they don’t give the Kraken as warm a welcome as they did for Vegas in their first-ever preseason game, as the Golden Knights scored nine goals in a win over Vancouver at Rogers Arena in 2017.

The Canucks will also play a preseason game in Abbotsford on September 27 against the Calgary Flames. Three games are scheduled for Rogers Arena, on October 3 (Winnipeg), October 5 (Seattle), and October 9 (Edmonton).

The 2021.22 pre-season will include seven games, beginning on Sept. 26 against the Seattle Kraken in Spokane, WA. Training Camp along with a pre-season game will be held in Abbotsford, BC on Sept. 27.

Fans are expected to be in attendance for all games, perhaps at full capacity, as BC moves into Step 4 of its restart plan. The last Canucks game to be held with fans in attendance was March 10, 2020.

Ticket information and details about fan attendance for training camp will be released at a later date, the Canucks said.