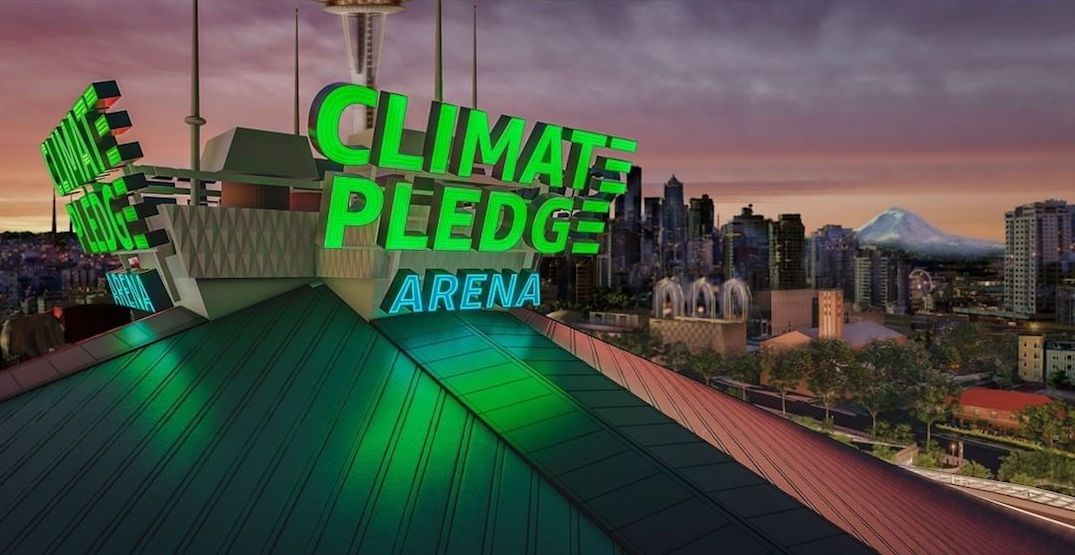 We still don’t know what the team will be called yet, but we do have a new name for NHL Seattle’s new arena.

Amazon has purchased the naming rights to what was formerly known as KeyArena, according to CEO Jeff Bezos, but the arena won’t become Amazon Arena.

“Instead of calling it Amazon Arena, we’re naming it Climate Pledge Arena as a regular reminder of the urgent need for climate action,” Bezos announced on Instagram. “It will be the first net zero carbon certified arena in the world, generate zero waste from operations and events, and use reclaimed rainwater in the ice system to create the greenest ice in the NHL.”

The team says the arena will be powered 100% by solar energy, rather than natural gas, with the use of panels on-site and off-site.

“The arena will run solely on electric for daily operations, eliminating all fossil fuels from the building and installing the first all-electric dehumidification systems in the National Hockey League,” NHL Seattle said in a media release.

Climate Pledge Arena will also be the first arena to ban single-use plastics and commit to functional zero waste. “Fans will see only compost and recycling bins, no trash cans,” the team said.

It’ll also be the first arena to “fully offset the carbon emissions of all events and related transportation by fans, sports teams and entertainers.”

Even the ice will be green, metaphorically speaking of course, as rainwater will be used, to go along with refrigerants with zero greenhouse gas emissions and electric Zambonis.

The arena at Seattle Center is currently being reconstructed into what will effectively be a brand new arena under the “iconic” roof, which is being preserved. The new yet-to-be-named NHL franchise will begin play in the fall of 2021. 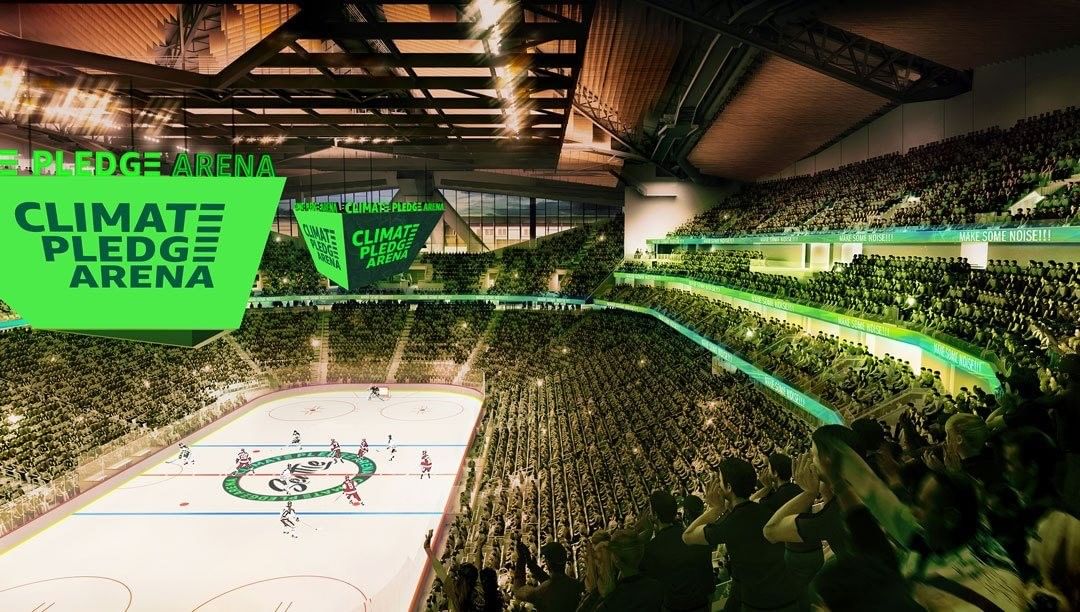 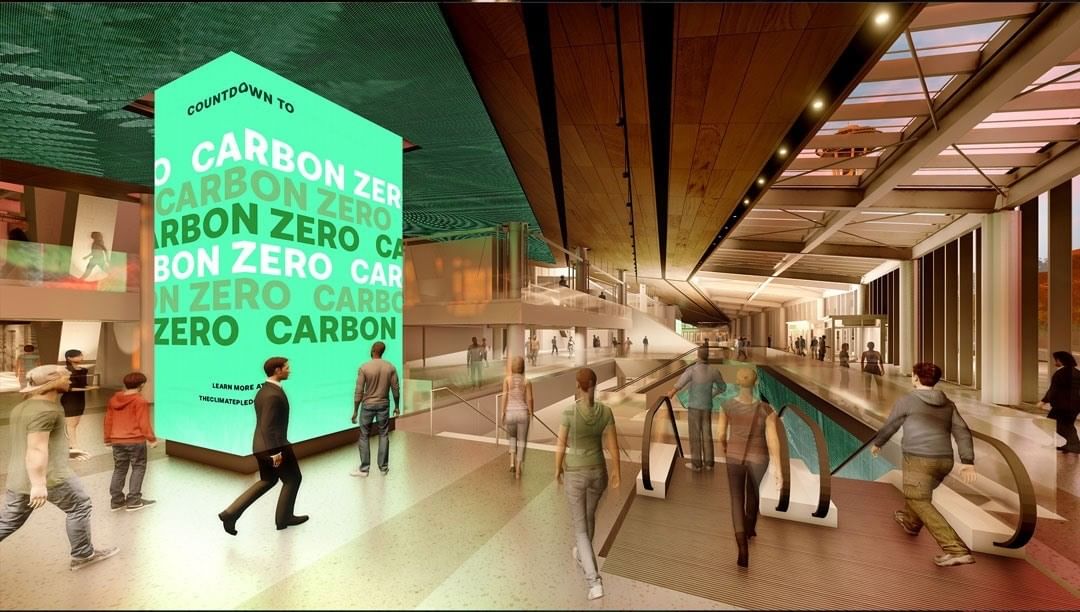 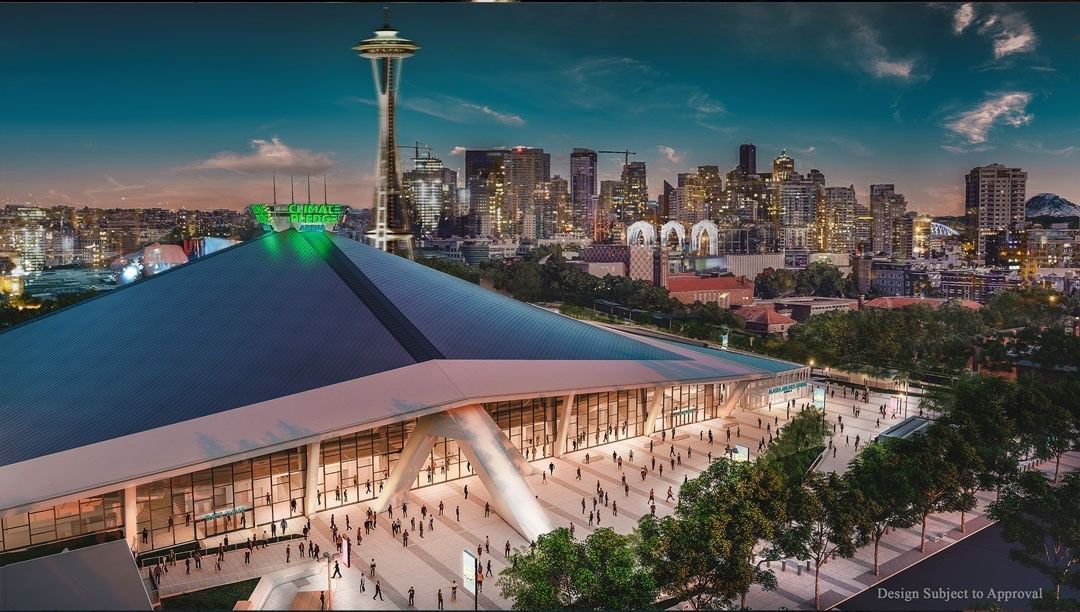