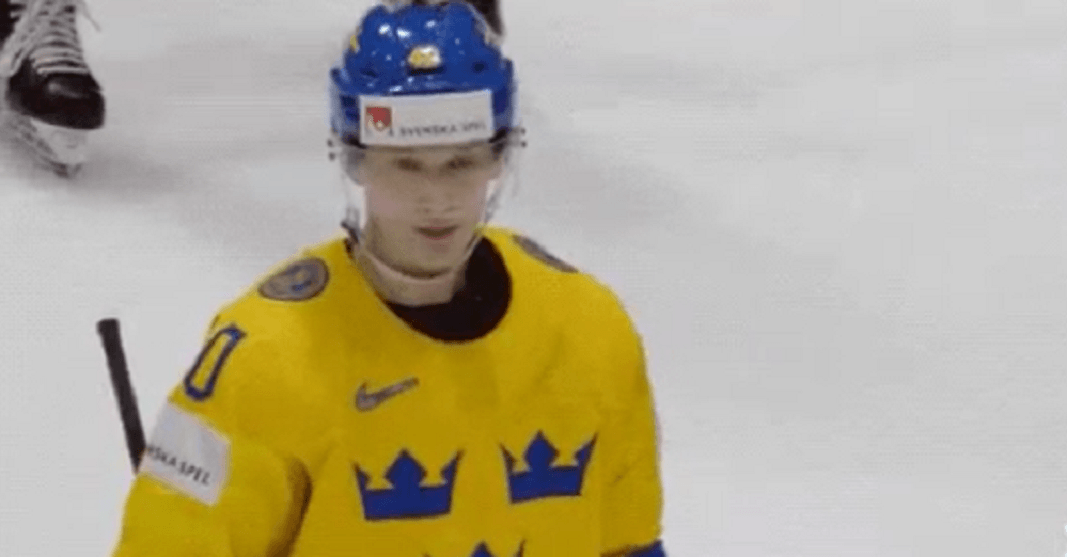 Latvia found this out the hard way, receiving one of Petey’s patented “death stares” after he opened the scoring for Sweden during Monday’s round-robin contest at the 2019 IIHF World Championship in Slovakia.

Pettersson picked up a pass inside the top of the right circle before letting go a wicked wrist shot that would have beaten any goalie in the world – never mind Latvian netminder Kristers Gudlevskis.

As nice as the goal was, it was the stare Pettersson gave the Latvian bench that got all the attention from fans and media on social media.

Love the death stare to the Latvia bench after

A note to opposing players and the media:

Do NOT upset Elias Pettersson or he'll unleash a goal and his signature death stare. #Canucks pic.twitter.com/9EFsVSgdp5

Imagine how terrifying a Pettersson death stare would be 😂

It’s not the first time Pettersson has given out the ‘death stare’ and it doesn’t seem like it’ll be the last, either.

It’s unclear which player(s) Pettersson may have specifically been directing the stare towards, or what might have been said to cause the reaction, but it certainly made for great entertainment.

The 20-year-old Vancouver Canucks superstar finished the game with a goal and three shots on net in 18:15 of ice-time and Sweden went on to win 5-4. It was his second goal and seventh point of the tournament thus far, his other goal coming in a 9-1 blowout win over Austria.

Pettersson has already set up Landeskog and Lindholm for goals today, and they just returned the favour! 🇸🇪🚨 #IIHFWorlds pic.twitter.com/V8NG3JMmKb

Sweden is tied for second in Group B with a 5-0-0-1 record, and Pettersson seems to be enjoying himself at his second World Championship.