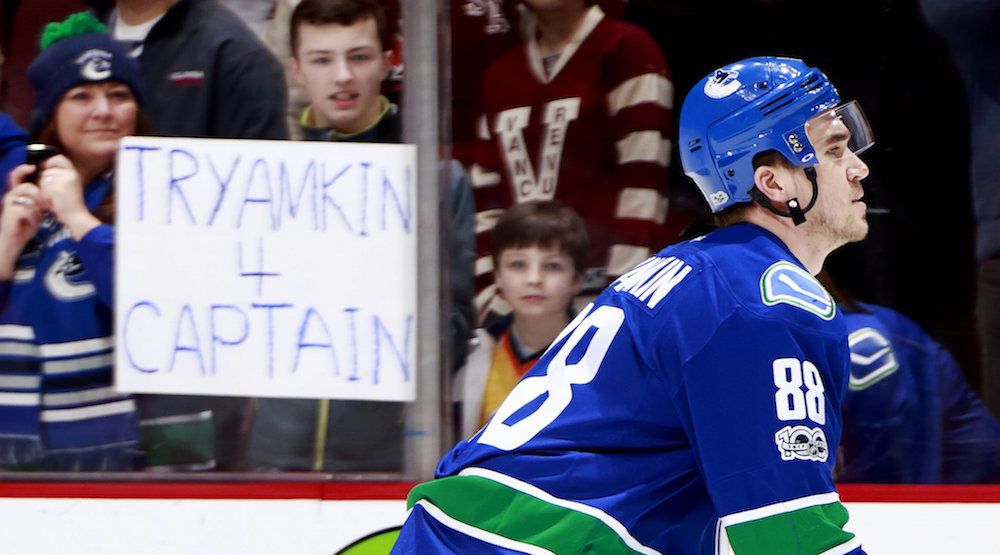 More than two years after Nikita Tryamkin opted to leave the Vancouver Canucks for his hometown team in the KHL, the 6-foot-7 Russian defenceman continues to be a player fans keep a tab on.

He’s gone, but certainly not forgotten in Canucks Nation, which is evident when you check out Tryamkin’s Instagram page.

Below is a sampling of comments from Canucks fans on the above photo. It’s something that happens every time he posts a photo, as Canucks fans are desperate to see the big rearguard return to Vancouver one day. 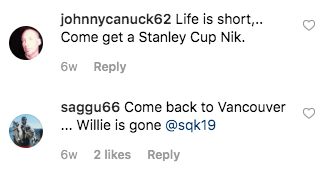 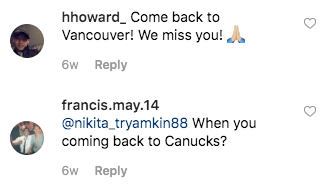 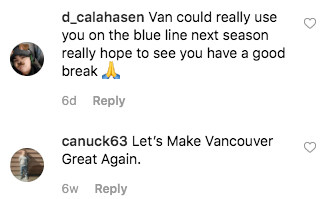 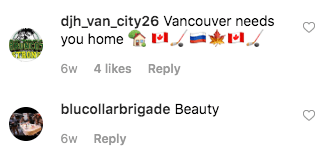 Tryamkin has disabled the comments section of his last two posts, and it would be understandable if he did so because of over-excited fans in Vancouver. But despite the annoying nature of Canucks fans constantly pleading for him to come back, surely, he must feel the love from the other side of the world. The big blueliner was a fan favourite in Vancouver after all, despite appearing in only 79 games with the Canucks.

Tryamkin has just one year left on his contract with Yekaterinburg Automobilist, and hasn’t ruled out a return to the Canucks after that.

“Would I like to come back? Why not,” Tryamkin said last year in an interview with Daily Hive following his stint playing with Russia at the IIHF World Championship. “It depends on many factors.”

Tryamkin also told us that he keeps an eye on the Canucks, watching games or highlights when he wakes up in the morning.

Because the KHL season runs shorter than the NHL – the last day of the regular season was on February 22 this year – Tryamkin could conceivably join the Canucks at the tail end of next season.

Just how much Tryamkin could help the Canucks is still very much in the air – despite the fact that he was named a KHL All-Star in each of the last two seasons. The KHL is the strongest league outside of North America, but not everyone that excels in it transitions well to the NHL.

The Canucks need to improve their defence, and many expect them to attempt to do that this summer. Their most pressing need is on the right side, and although Tryamkin shoots left, he is comfortable playing his off-side.

Tryamkin skates well for a player his size, and has decent skill. He had plenty of raw talent on display when we last saw him in Vancouver though, so his NHL success will depend on how much he has developed in Yekaterinburg.