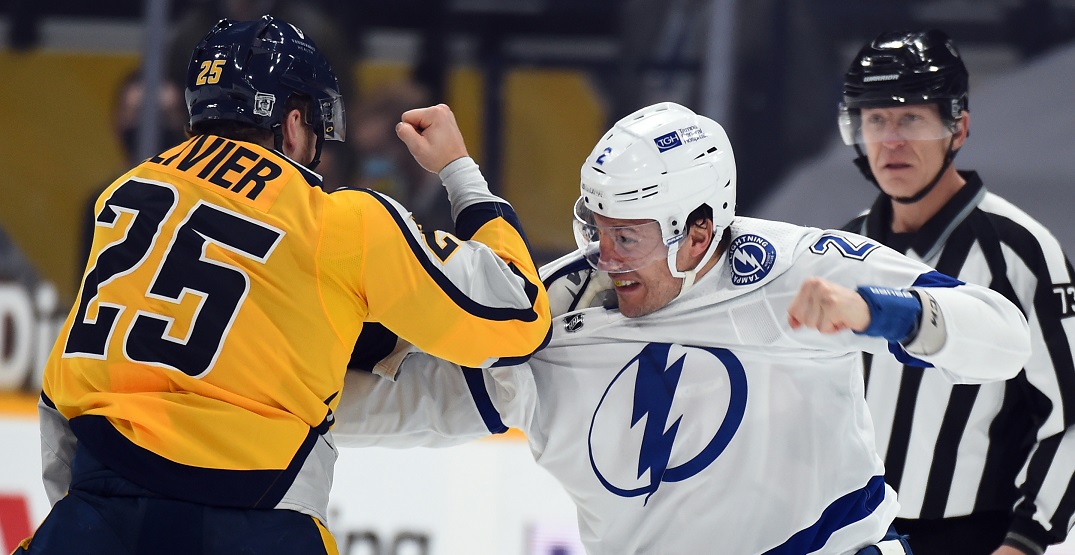 The Canucks are reportedly interested in bringing veteran defenceman Luke Schenn back onto their roster.

Bally Sports reporter Andy Strickland said the Canucks have been “connected” to Schenn on a two-year deal.

Hearing Luke Schenn connected to the Vancouver #Canucks on a two-year deal.

A Saskatoon native, Schenn was originally drafted by the Toronto Maple Leafs fifth overall in the first round of the NHL Entry Draft way back in 2008 from the WHL’s Kelowna Rockets.

After being shipped off from Toronto to Philadelphia for forward James van Riemsdyk in what was largely viewed as a one-sided trade, Schenn has since played in Anaheim, Los Angeles, Arizona, Vancouver, and Tampa Bay.

Schenn played eighteen games for the Canucks back in 2018-19 after being traded for Michael Del Zotto in January 2019. Schenn put up two assists in those games before signing in with the Lightning the following July.

Schenn went two-for-two with the Lightning, winning the Stanley Cup in both of his seasons with Tampa Bay, each on one-year deals under $800k.

He has also amassed 619 career penalty minutes. Hockeyfights.com credits Schenn with 51 career-fighting majors in the NHL.