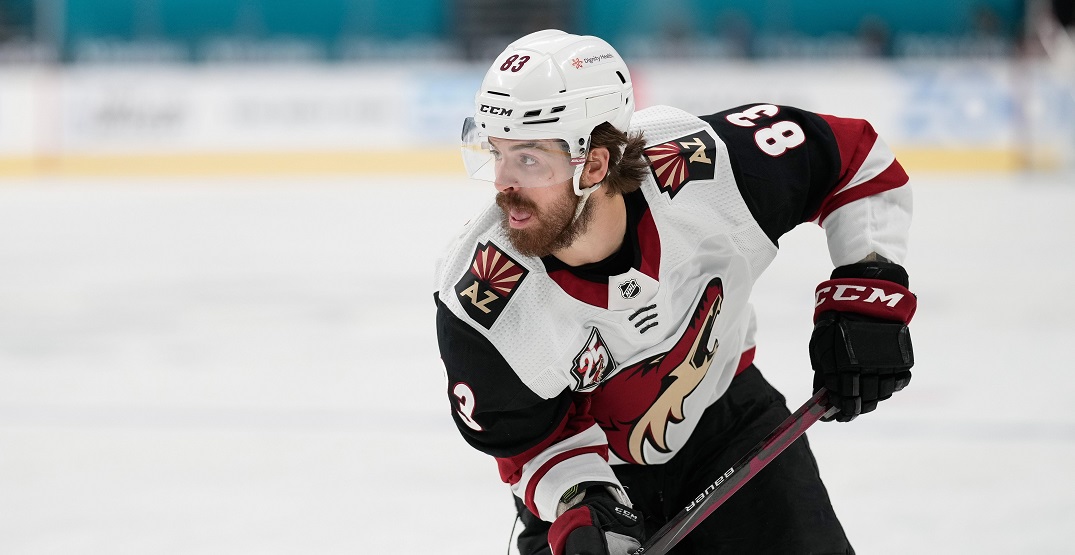 Forward Conor Garland has officially signed a long-term contract with the Vancouver Canucks.

The Canucks announced Tuesday that Garland had been signed to a five-year contract worth $24.75 million (a $4.95 million AAV).

The American forward was acquired last week from the Arizona Coyotes in a blockbuster deal that saw Loui Eriksson, Jay Beagle, and Antoine Roussel (along with three draft picks) head to the desert in exchange for Garland and veteran defenceman Oliver Ekman-Larsson.

“We’re pleased to have reached a long-term deal with Conor today,” said Benning in a release. “He’s a skilled young player, who plays hard, produces offensively and will complement our top-six forward group.”

The 25-year-old Garland picked up 12 goals and 27 assists for a total of 39 points in 49 games with Arizona during the pandemic-shortened 2021 season.

Garland averaged 17:55 of ice time a night last season, second most among the Coyotes’ forwards.

Garland, who played his junior hockey for the QMJHL’s Moncton Wildcats, was taken by Arizona 123rd overall in the 2015 NHL Entry Draft, and has played a total of 164 games across three seasons.