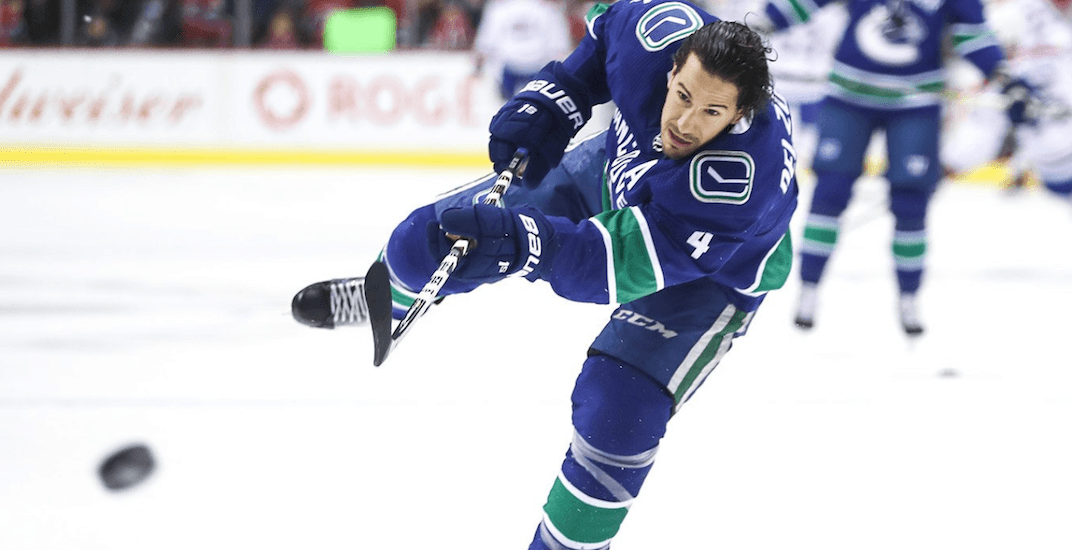 The Vancouver Canucks have swapped defencemen with the Anaheim Ducks, also picking up a draft pick for their troubles.

Michael Del Zotto is on his way to Anaheim in exchange for Luke Schenn and a 2020 seventh-round pick. The trade was announced late Wednesday evening during the Canucks’ 3-2 shootout loss to the Edmonton Oilers.

After appearing in all 82 games in his first year with the Canucks, Del Zotto fell out of favour with head coach Travis Green early this season. He has played in just 23 games this season, scoring one goal and four points.

The 6-foot, 201-pound rearguard has appeared in just one game since December 4, being healthy-scratched in 17 of the Canucks’ last 18 games.

“I like [Del Zotto] a lot, I wish him nothing but the best,” Green told reporters following Wednesday’s game. “He’s been a good player for us. Good in our room, good with our young guys. I hope he does well.”

Del Zotto, 28, is in the last year of a contract that pays him $3 million. As part of the deal, the Canucks have agreed to pay 25 per cent of Del Zotto’s salary. With Elias Pettersson expected to return to action soon, the Canucks needed to make a roster move, so getting something for a player that didn’t have a long term future in Vancouver makes sense.

Schenn, 29, has played the majority of this season in the AHL and will report directly to the Utica Comets. As a fifth overall draft pick by the Toronto Maple Leafs in 2008, he was once a highly-touted prospect. He has 716 games of NHL experience, being demoted to the AHL for the first time in his career this season.

The 6-foot-2, 221-pound blueliner is on a one-year deal worth just $800,000, so he likely won’t factor into the Canucks’ long term future either, but will save the team money.

The Canucks have now accumulated three extra picks in the next two drafts, with nine picks in 2019 and eight for 2020.