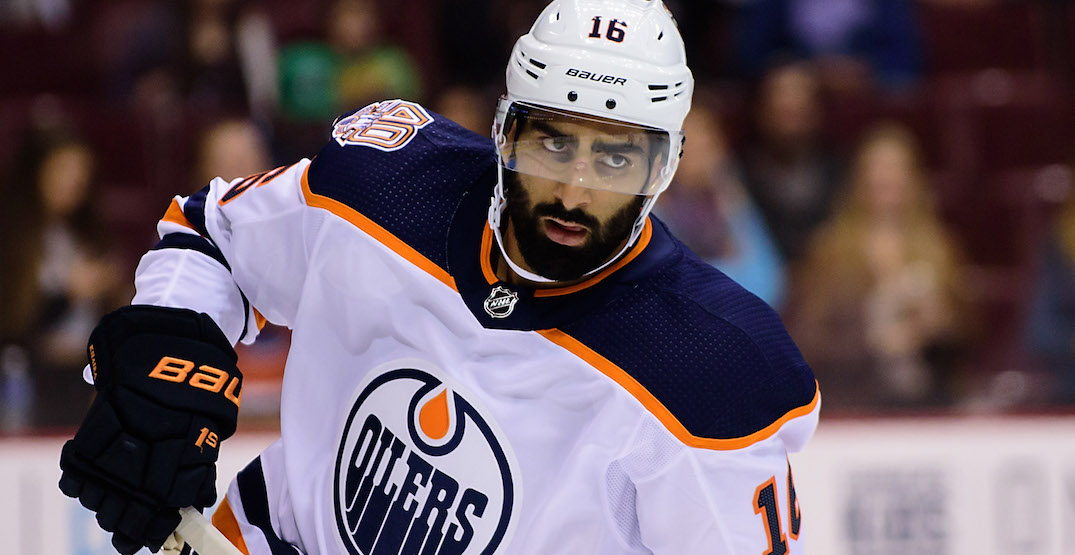 Is it time to bring Jujhar Khaira home?

The Edmonton Oilers chose not to extend a qualifying offer to the Surrey native, which makes the 26-year-old a pending unrestricted free agent. After 9 am PT on Wednesday, Khaira will be free to sign anywhere he chooses, and his hometown team happens to have a need for what he brings to the table.

The Canucks are trying to move out salary and are reportedly talking trade with Braden Holtby and Nate Schmidt. They’ll likely be priced out of all the big-name UFAs, so GM Jim Benning will need to do some bargain-bin shopping.

Blessed with great size at 6-foot-4 and 212 pounds, Khaira is an imposing centre that scored 11 points — all at even strength — in 40 games last season.

After trading Jay Beagle and with Brandon Sutter still unsigned, the Vancouver Canucks are currently missing a fourth-line centre that can kill penalties. Khaira was second among Oilers forwards in penalty kill time (1:58) last season, helping Edmonton to the ninth-best PK% in the league.

He’s not strong in the faceoff circle (45.2% last season), so that’s a minor drawback, but he does help in the toughness category. Khaira had four fighting majors last season and has dropped the gloves 14 times in 258 career NHL games.

Khaira would be an instant fan favourite, not just because he’s a Surrey native of South Asian heritage, but also for his rugged style of play. He ranked second in the NHL last season only to Vegas Golden Knights enforcer Ryan Reaves in hits per 60 minutes (18.79). The Canucks ranked 25th out of 31 teams in hits last season, so that’s an area they could use improvement.

Of concern is his concussion history, as Khaira was sidelined twice with a head injury last season. Concussions didn’t end his season though, as Khaira appeared in games down the stretch, including all four Oilers playoff games.

His underlying numbers won’t blow you away, but in fairness, it’s hard to succeed with the Oilers’ bottom-six forwards.

Khaira would be a depth signing, and it’s important not to spend too much money on intangibles in free agency. But if the money works, perhaps Khaira is a fit for what should be a much-improved Canucks team next season.