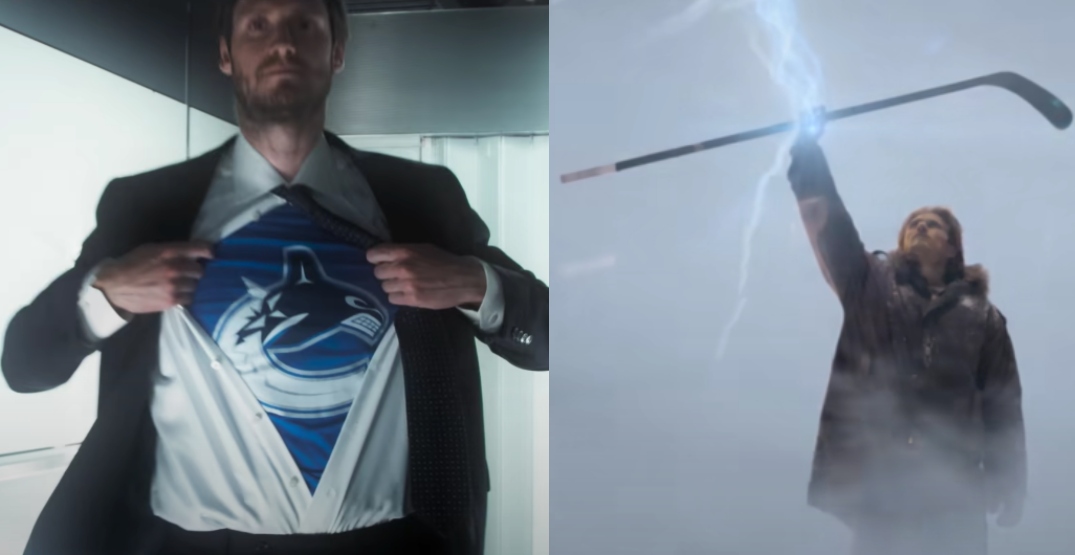 Playing their first meaningful game in front of a big crowd at Rogers Arena in 595 days, the Vancouver Canucks hit the ice in style on Tuesday night.

While the game didn’t have a Hollywood ending (they lost 3–2 to the Minnesota Wild), the night started off with some cinematic drama.

After a lights and laser show, the Canucks unveiled a new superhero-themed opening on the big screen over centre ice.

“Vancouver… a city in need of heroes,” flashed across the screen, prior to scenes of Rogers Arena in shambles.

Who can save the day?

Well, that would be Bo Horvat, playing the role of Batman, along with his superhero teammates.

Behind the scenes of Heroes Return 📸

Elias Pettersson appeared to play the role of a Jedi Knight, with Quinn Hughes as Spider-Man, Brock Boeser as Thor, J.T. Miller as Wolverine, Thatcher Demko as Tron, Conor Garland as Flash, Oliver Ekman-Larsson as Superman, and Nils Höglander as the Human Torch.

The young boy in the video who sounds the siren to get the heroes assembled is played by Oliver Tru Sison from Kamloops.

Watch it in full here: