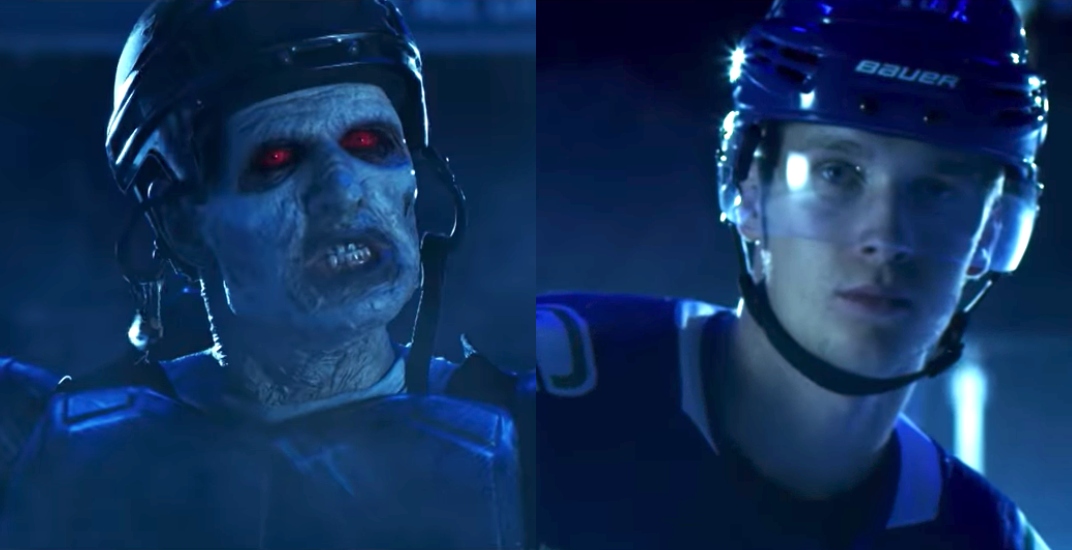 It’s do or die for the Vancouver Canucks in their in-arena opening video this season.

The team spared no expense in creating one heck of a video they’re showing to fans prior to puck drop for home games this season.

They created a zombie movie.

The cinematic opener was made with the help of BrightLight Pictures, Method Studios, Encore Post, Sim Video, William F White, and RVRD Cinema. It features the Canucks taking on a “demon army” representing every NHL team.

As some Canucks legends watch from the players’ bench (Gino Odjick gloriously close-lines a zombie at one point), the good guys win in entertaining fashion, ending with Elias Pettersson shooting a puck through the goalie.

The video made its debut at the home opener and will be shown at every Canucks game at Rogers Arena this season. And now it’s available for everyone else to experience. Enjoy: