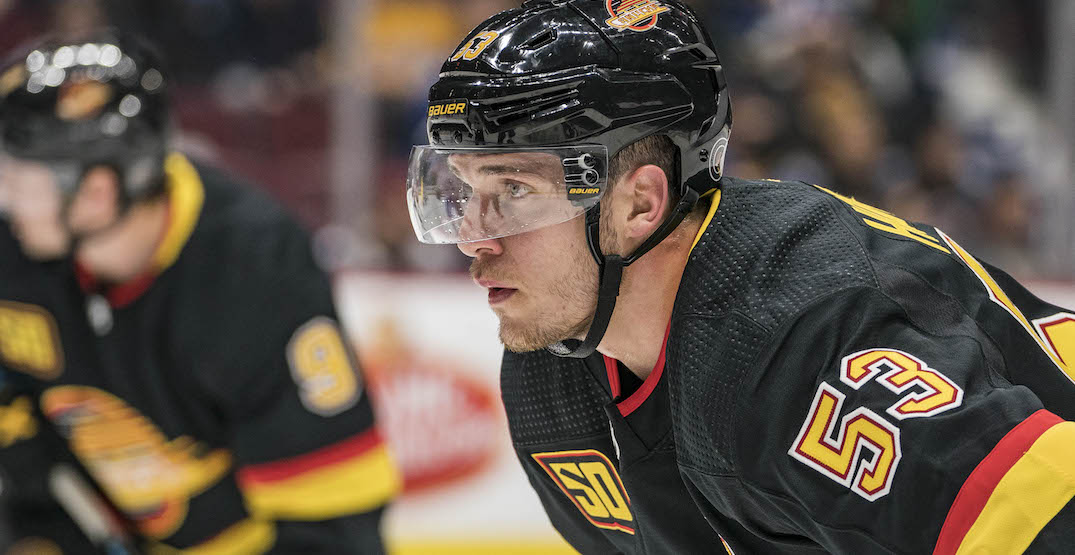 Is the Flying Skate jersey making a comeback?

The Vancouver Canucks brought back their wildly-popular 90’s look for their 50th anniversary season. The black Flying Skate jersey was chosen as the result of a fan vote, and was supposed to be worn just three times in 2019-20. The look made famous by Pavel Bure, Trevor Linden, and Kirk McLean was popular enough that the Canucks decided to add a few extra dates during that season.

But the Flying Skate was always supposed to be making just a one-year return, and last season, it was nowhere to be found. The only time the Canucks strayed from their home blues or road whites last season, was to rock their reverse retro jerseys for a winless four-game stint in February.

The reverse retros are gone, but is the Flying Skate coming back?

The fact these are on Primegreen suggests the Canucks will be wearing them in 2021-22 https://t.co/zePXRgq2P9

Chris Creamer, the founder of SportsLogos.net, seems to think so. The Canucks Flying Skate jersey is being offered for sale on CoolHockey.com, with the new Adidas Primegreen, which suggests that something’s up. The Adidas website is also offering what it is identifying as “new” retro jerseys, made with Primegreen.

The NHL announced on September 27 that Adizero Primegreen jerseys, which are made with recycled materials, would become the new authentic jersey of the NHL.

Wyatt Arndt mentioned in his most recent article for The Athletic that he’s hearing it’ll be brought back as a third jersey, which would mean it would be used regularly by the team moving forward.

Daily Hive reached out to the Canucks, but did not receive an answer about the jerseys. Perhaps there’ll be an announcement coming in the next few weeks or months.