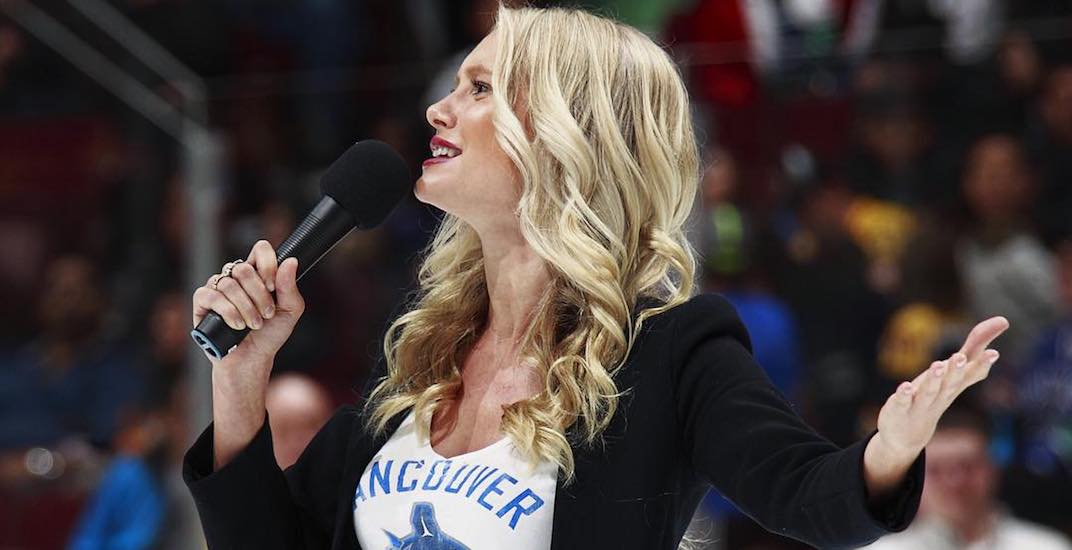 The Vancouver Canucks will need a new in-arena host next season, as Hannah Bernard has announced she is leaving the job she has held since 2014.

But unlike the removal of the arena DJ earlier this season, this wasn’t a decision that came from above. Bernard is leaving on her own accord.

Tonight I ‘suit up’ for my final canucks game as their host. After 5 seasons, I’ve decided to close the door + focus on other things. Although it’s hard to leave when the future is looking so damn bright.. it is time. Thx for having me all these years + I’ll still be around! 🤟🏼

“I had no idea people even noticed me,” the humble arena host told Daily Hive. “I’m moving to Squamish and focusing on the business and our podcast, and just taking time for me.”

Bernard will keep busy with her day job at Roots + Ardor, a marketing agency she co-founded in 2016. But she’s going to miss her Canucks gig.

“I have thoroughly enjoyed the people and being able to add to the game experience. Being in it with the fans and just soaking up that energy has been the most rewarding part.”

The job of arena host requires you to be energetic, but not annoying. You have to seamlessly mix in a sponsored activation one minute, and interview a shy child giving one-word answers after the intermission minor hockey game the next.

She did it all with flying colours.

Bernard says she will continue doing some broadcasting gigs, but nothing as intense as covering 41 home games (plus preseason, playoffs, and other events) for the local hockey team.