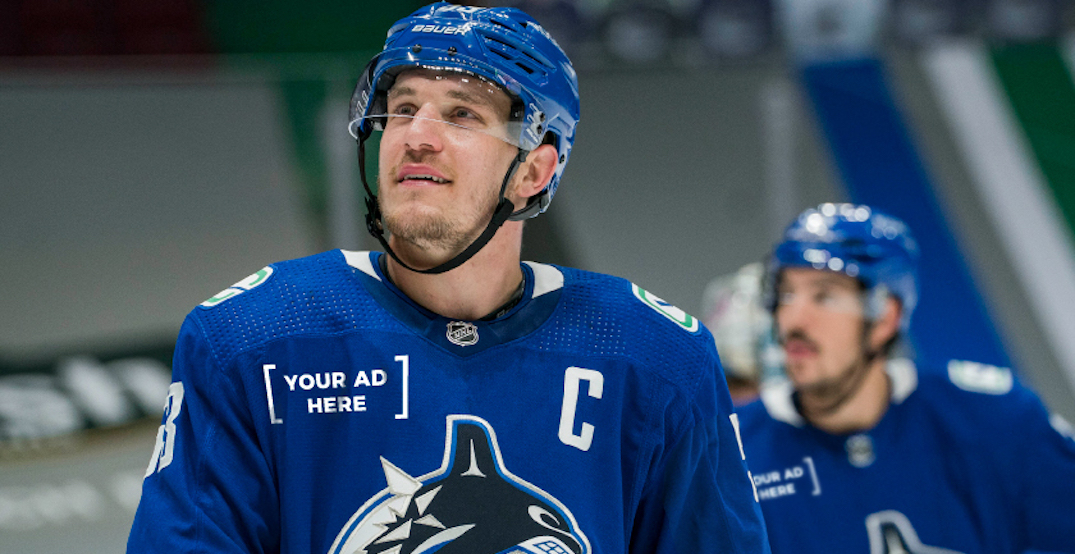 According to a report from Eben Novy-Williams and Scott Soshnick of Sportico, the NHL Board of Governors unanimously approved the new advertisement policy. NHL teams can now begin negotiating with potential sponsors for ads that fit a 3 x 3.5-inch rectangle, Sportico says.

The news has since been confirmed by ESPN.

The NHL began selling ad space on its helmets last year, the first time sponsor logos appeared on team uniforms. The jersey was the last sacred place left, with company logos appearing on the ice, boards, and numerous other places in NHL arenas.

In 2015, Commissioner Gary Bettman said, “you’d have to drag me kicking and screaming” to allow ads on jerseys — but that was before the NBA started doing it.

The NBA was the first major pro league in North America to begin selling ad space on its jerseys, doing so for the first time in 2017-18. Hockey following suit seemed inevitable for many, given the amount of money at stake — particularly after what the pandemic did to the league’s bottom line.

The NHL retained over $100 million in revenue from helmet ads according to Bettman, so you can imagine how much money jersey ads will bring in.