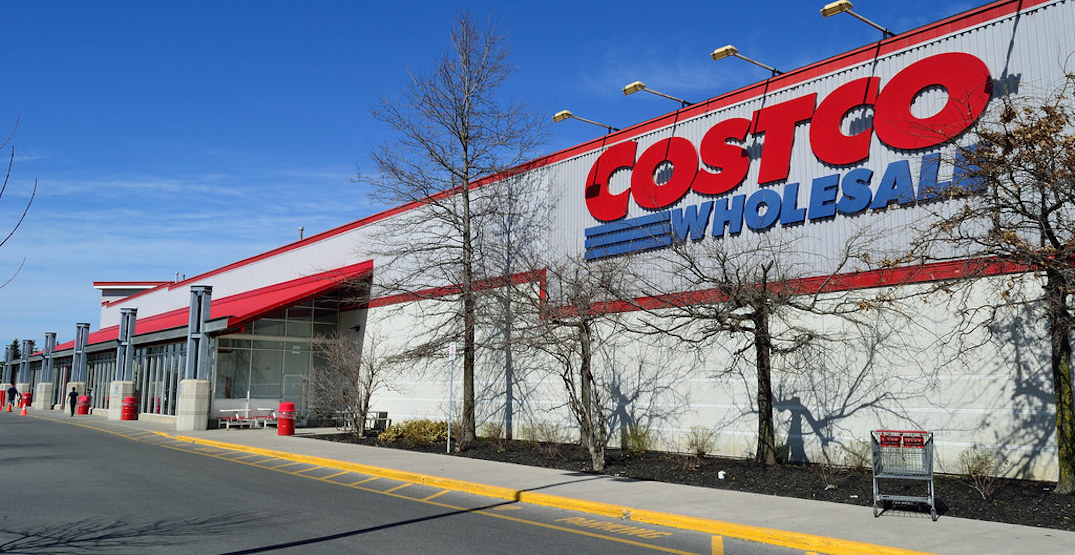 The Stanley Cup has been awarded, the draft is over, and the start of free agency has passed.

With over a month left until the start of the NHL preseason, what are hockey fans supposed to talk about?

More specifically, how close is every NHL arena to a Costco?

Here’s a ranked list of every NHL team, and how close their home arena is by distance to the nearest Costco, without crossing the border. 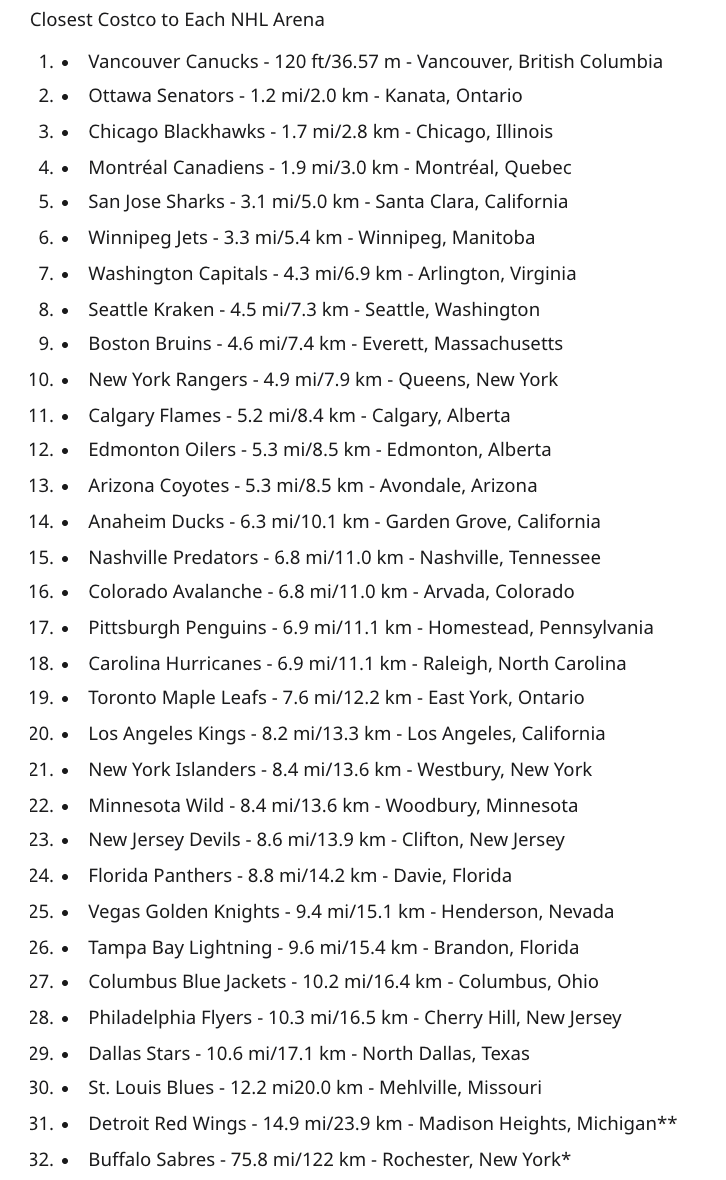 How far every NHL arena is from a Costco, without crossing the border (TheSewallSyrum/Reddit)

If this doesn’t come up in contract negotiations and free agent offers, I’ll be very disappointed.

The closest team to a Costco by far are the Canucks (120 feet), whose home rink Rogers Arena sits across the street from the Costco’s Vancouver location. A rare downtown Costco location, it offers event parking for arena goers on game days.

Fun fact: The Green Men used to get changed into their spandex suits in the Costco parking lot.

Costco’s food court is a favourite pre-game stop for many fans attending Canucks games. You just can’t beat $1.50 for a hot dog and drink — certainly not inside an NHL arena.

Such a clutch move by Costco. The hotdogs have become a tradition for every game I make it to.

First time I went to Rogers Arena I saw the Costco across the street and was happy with my team choice then and there.

The next closest team to a Costco is the Ottawa Senators, whose rink is Kanata is two kilometres away from the Costco in suburban Ottawa.

The worst team in the NHL last season, the Buffalo Sabres also rank dead-last on this list. Remarkably, Buffalo doesn’t have a Costco to call their own, with Sabres fans needing to drive more than an hour away to Rochester to get their Costco fix.

Why doesn’t Buffalo have a CostCo? That’s the real concern here.

Wow, Buffalo is more tha. 4x further from Costco than the next furthest team

The real reason Eichel wants out

For obvious reasons right now, the list did not include the ability to cross international borders. If it did, it would show that Detroit (Windsor) and Buffalo (Niagara Falls) are actually closer to Canadian Costco locations.