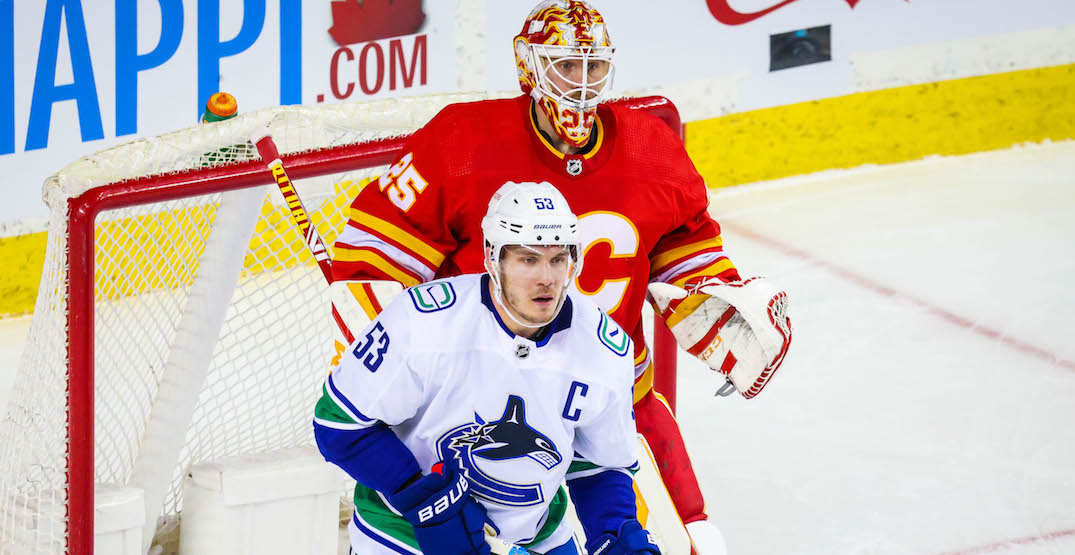 The Stanley Cup playoffs will start before the Vancouver Canucks and Calgary Flames are done the regular season.

It’s an unusual scenario, one we’ve never seen in the NHL before, that was necessitated after the COVID-19 outbreak that rocked the Canucks last month.

As such, the final two games of the season between the Canucks and Flames will be played on weekday afternoons so that they don’t conflict with the playoffs.

The playoffs will begin on Saturday, the NHL announced, with the Washington Capitals and Boston Bruins kicking off their series at 4:15 pm PT/5:15 pm MT. North Division teams are expected to begin playing a few days later.

The @NHL announced today the start times to the following regular-season games between the @NHLFlames and @Canucks. https://t.co/fQ6n6e1eWd pic.twitter.com/Dsud5Mwfov

Given that the Canucks and Flames have both been mathematically eliminated from the postseason already, their upcoming games are relatively meaningless. As such, the NHL appears to have prioritized not taking attention away from the first round of the playoffs.