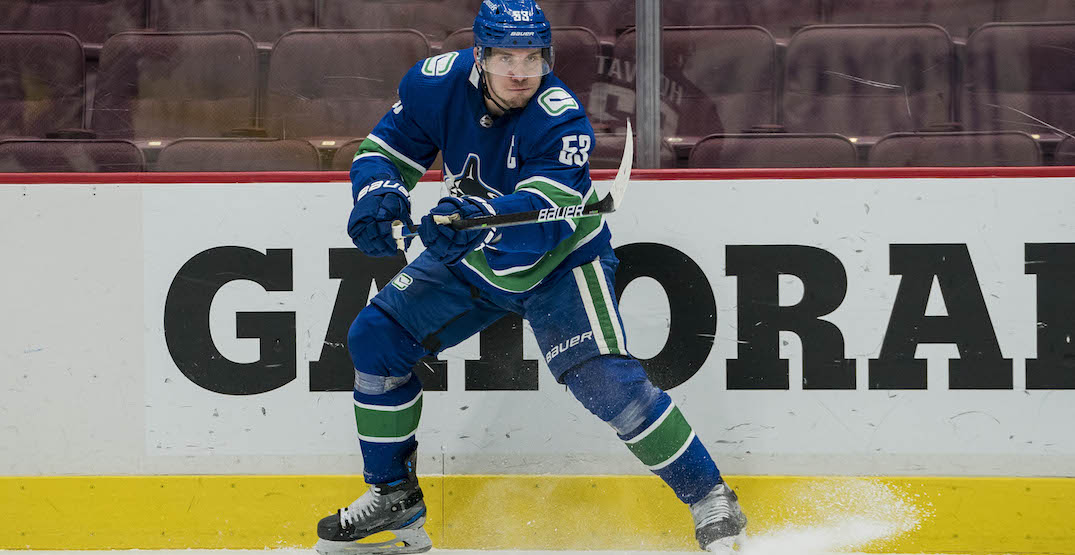 The Vancouver Canucks are coming back.

The team will reopen its facilities tomorrow for the first time since March 31, and begin playing games five days later. The NHL has announced numerous changes to the schedule that will see the Canucks play their remaining 19 regular season games in 31 days, beginning on Friday at home to the Edmonton Oilers.

The end of the regular season has been extended by eight days, beyond when the NHL originally planned to start the Stanley Cup playoffs — though the official playoff start date has yet to be finalized. 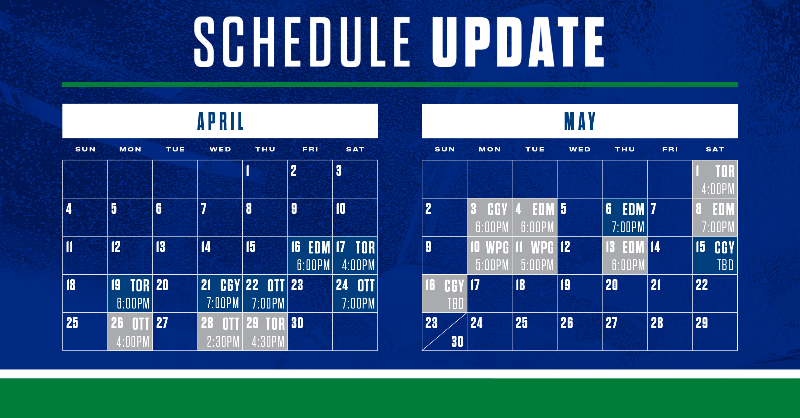 “With the newly revised end date for the regular season for the North Division, it is possible that the first round of the Stanley Cup Playoffs for the East, Central and West Divisions could open a few days earlier than the North Division,” the NHL said in a media release.

The decision to reopen team facilities was made by medical groups from the league, NHLPA, and the Canucks, and are pending today’s COVID-19 test results. No new Canucks players were added to the NHL’s COVID list today for the third day in a row.

Players will only be allowed to return to the ice once they have cleared NHL protocol, of which 19 members of Vancouver’s active roster are still part of.

“The Canucks’ organization has, and will continue to follow, all recommended guidelines aimed at protecting the health and safety of its Players, staff and community at large as set by the NHL, local, provincial and federal agencies,” the NHL release added.

Seven Canucks games were postponed since the team was rocked by a COVID-19 variant, with the first player testing positive on March 30.

Canucks GM Jim Benning, joined by team physician Dr. Jim Bovard, spoke to the media on Friday for the first time since the outbreak.

Dr. Bovard said that players suffered “the whole range” of COVID symptoms, though thankfully nobody was hospitalized.

“For the most part, our players are on the other side of it,” added Benning. “We still have family members that are getting sick and I think the players worry about that.”