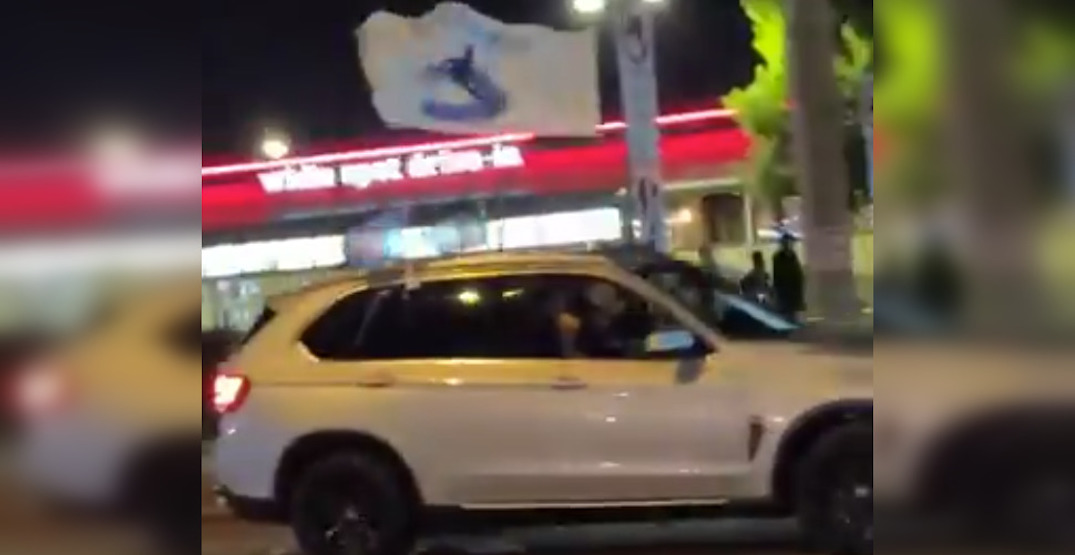 The corner of Scott Road and 72nd Street was a noisy one again last night, as the Vancouver Canucks won their first Stanley Cup playoff game in five years.

Flag-waving fans stood on the busy corner after the game, as many cars honked their horns to salute the upset win by the Canucks over the St. Louis Blues.

This street corner has been well known as a place for fans in Surrey and Delta to celebrate big playoff wins, though it’s been a while since Canucks fans have been able to do that. The Canucks lost in the first round of their last three playoff appearances, winning three games and losing 12 in a span from 2012 to 2015.

Here’s a look at some videos posted to social media by fans after Wednesday’s big win.

Checked out Scott Road today after the Canucks game with @jasdhillon24 it was a scene there !! pic.twitter.com/f5pl5v2TN9

Fuck yeah boys!! We just beat the champs! The @Canucks are for real ladies and gentlemen! Check out Scott Road tonight and its only game 1. Hop on Bitters and enjoy the ride! Go #Canucks pic.twitter.com/n4E0p0QkBN