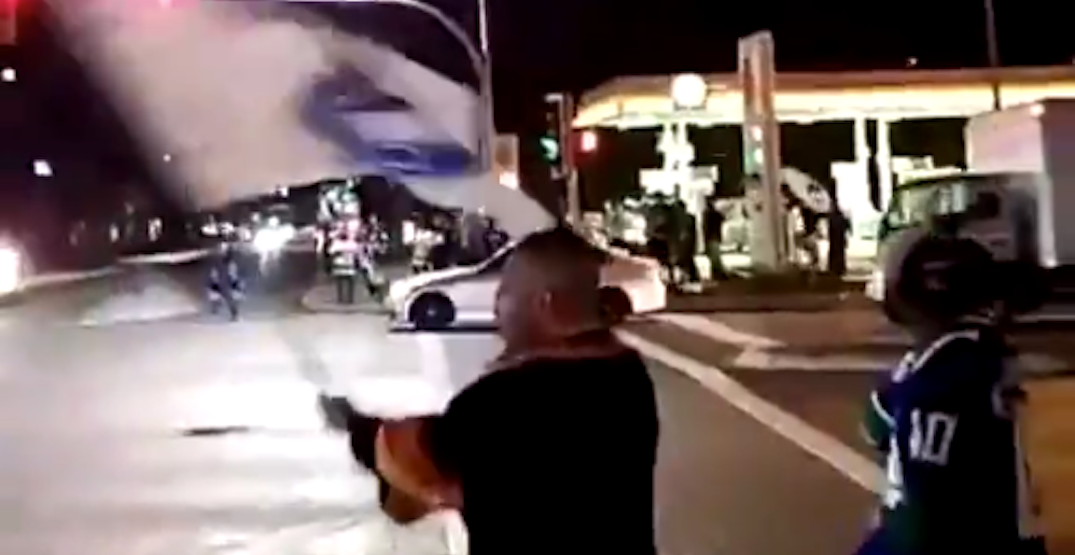 How do you know the Vancouver Canucks are in the Stanley Cup playoffs?

Following the Canucks’ series-clinching overtime win on Friday, fans in Surrey and Delta wearing jerseys and waving flags took to the corner of Scott Road and 72nd Avenue. Cars driving by honked their horns as fans celebrated the first series win in nine years for the Canucks.

Update from Scott rd and 72 ave. Courtesy of @HKaila1 pic.twitter.com/czcSrXTqw7

Honestly don’t think there are bigger #Canucks fans than those out at Scott Rd and 72nd. This is the scene there tonight. #planningtheparade pic.twitter.com/ozePmYRVar

So @SplashBroSunny brought me from Burnaby to my first Scott Rd and 72 ave #Canucks experience 😂 pic.twitter.com/lLA0NDZD7k

The qualifying-round series win puts the Canucks into the official Stanley Cup playoffs for the first time since 2015.

Just getting into the playoffs was the goal for this young Canucks team, which was very excited to greet overtime hero Chris Tanev in the dressing room.

Vancouver is matched up against the defending champion St. Louis Blues in the first round, which begins on Wednesday at 7:30 pm PT.