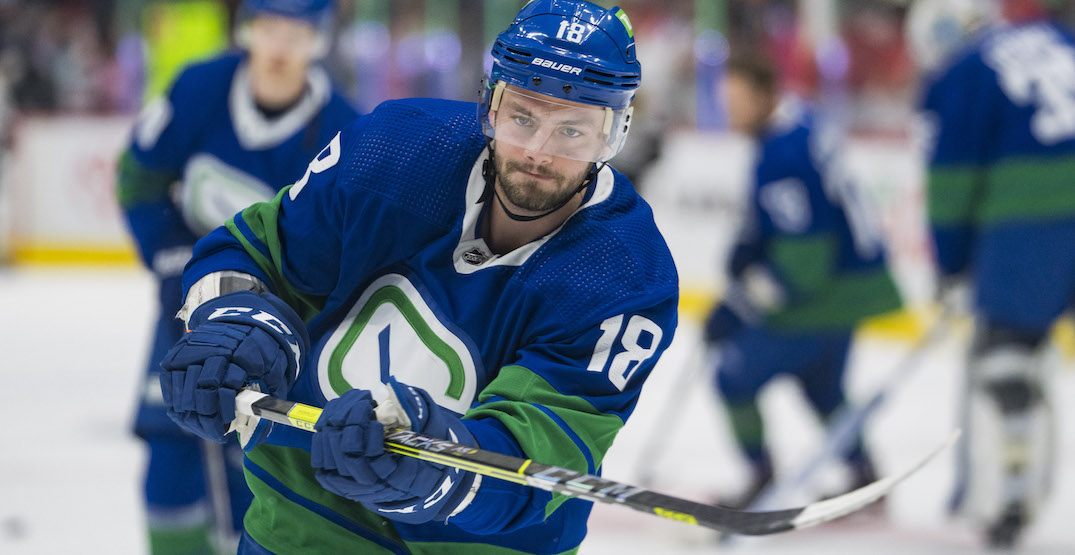 We’ve been talking about a J.T. Miller trade for months. It’s been quieter around Tanner Pearson for obvious reasons, but he’s been traded once before by a Jim Rutherford/Patrik Allvin administration and if there is appetite for his $3.25 million dollar contract, I suspect he’s as good as gone.

Jason Dickinson is on the list, too. Clearly, after a season where he lost his aptitude to play centre and kill penalties, the 27-year-old is at a career crossroads.

He’s not worth $2.65 million the Canucks stand to pay in each of the next two seasons. So any trade likely means the Canucks having to spend an asset to get out from under the contract, or include Dickinson in a larger deal, knowing it will likely dilute the return.

Only, it’s more complicated than that.

Because if the Canucks do trade Miller and Dickinson, the team is left threadbare at centre ice with just Elias Pettersson, Bo Horvat and Juho Lammikko.

There are no prospects ready to step up outside of European free agent Nils Åman. Linus Karlsson played mostly wing in Sweden. Neither are proven in the NHL.

The Canucks would be on the market for at least one NHL centre (and preferably a right-handed one as they have none of those) and likely more, which could cut into the cap space they’re looking to preserve.

To answer our poll question: yes, third-line centre is a must if they trade Miller.

POLL QUESTION: Is a new third-line centre a must for the #Canucks this offseason?

But given how low they’d be selling Dickinson and how shallow this organization is, especially at centre, I think the wisest course of action is to bring him back and hope he can turn it around, become more like the player he was in Dallas.

It’s far from ideal, but the Canucks won’t be a Cup contender next year, and this roster was always going to take more than one offseason to fix.