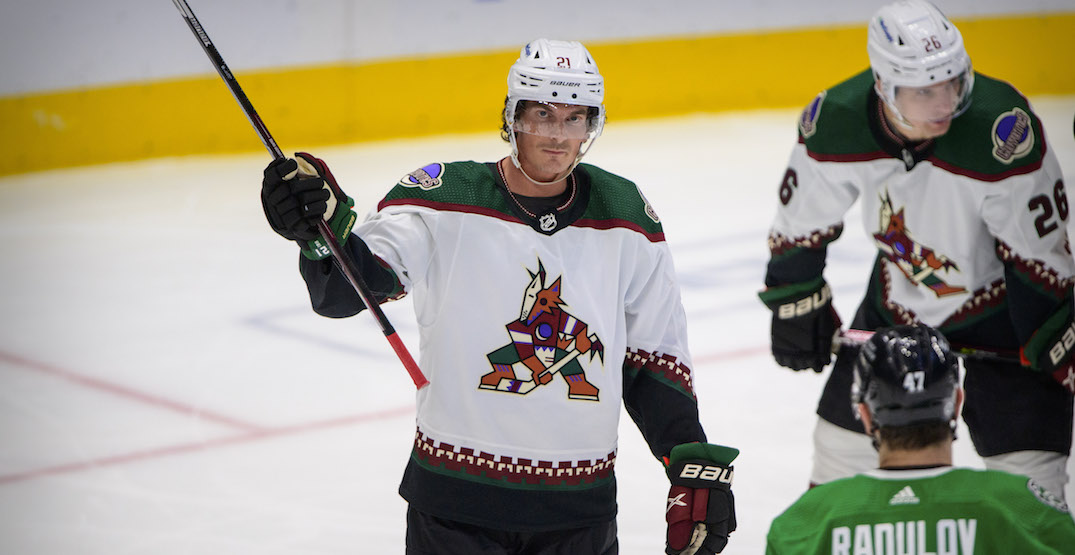 You can always count on the Arizona Coyotes to lend a helping hand.

Part NHL team and part money-laundering outfit, the Coyotes are apparently still in the business of adding bad contracts for future assets.

The contracts of Eriksson, Beagle, and Roussel all expire this summer, and Coyotes GM Bill Armstrong is hungry for more, according to NHL insider Frank Seravalli of Daily Faceoff.

“I know that the Arizona Coyotes have called offering the ability to take on some contracts that the Canucks aren’t wild about,” Seravalli said in an interview with Satiar Shah and Dan Riccio on Sportsnet 650.

Last year’s blockbuster deal with the Coyotes reeked of desperation from Benning, who was a GM on thin ice that likely needed to make the playoffs to keep his job.

We’ll see how desperate Jim Rutherford, Patrik Allvin, and the new Canucks management team are to make the playoffs. They’ve spoken about clearing cap space on multiple occasions, but Allvin has refuted the idea of taking a step back next season.

“How much are the Canucks willing to pay to offload things like that? My answer or thought process would probably be not very willing,” Seravalli added. “But that’s going to determine the route that they go this summer in addition to the tenure of those talks with guys like J.T. Miller and [Brock] Boeser and [Bo] Horvat. Go down the list, they’ve got a lot to accomplish. They’re in the process right now of getting their ducks in a row.”

If they can move any of those players for assets, the Canucks should jump at the chance. Allvin was able to swindle a third-round pick from the Ottawa Senators for Travis Hamonic, but not every team will be so kind.

The Canucks don’t currently have a second-round pick in next month’s draft in Montreal, and they can ill-afford to trade picks as frequently as Benning did. Vancouver hasn’t picked in the first round in consecutive years, which is a franchise first. They’ve picked inside the top 100 just twice in each of the last two drafts, at No. 41 in 2021 (Danila Klimovich) and No. 82 in 2020 (Joni Jurmo).