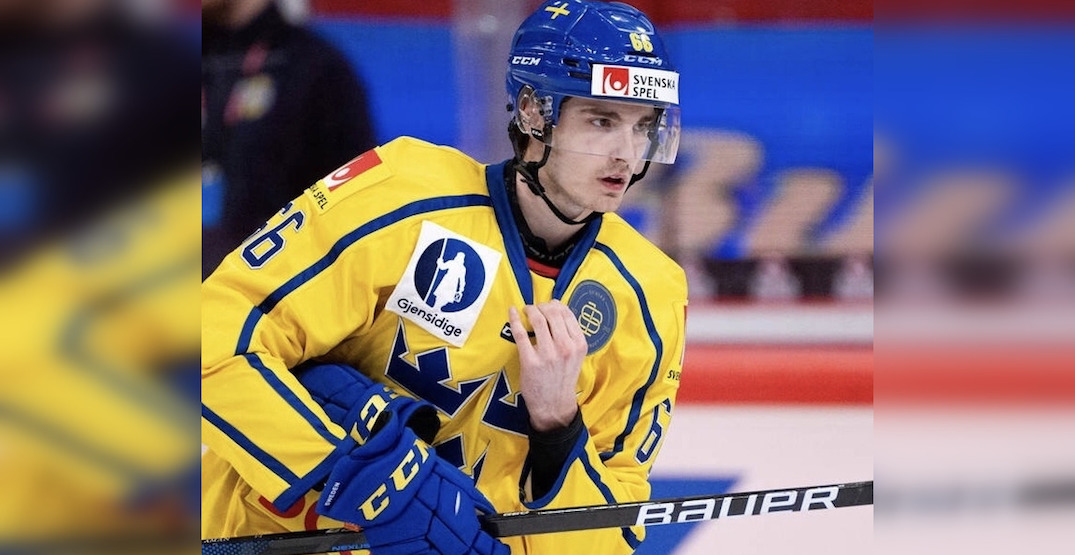 The Vancouver Canucks have made a free agent signing, inking 22-year-old centre Nils Aman on an entry-level contract.

A sixth-round draft pick by the Colorado Avalanche in 2020, Aman is the second prospect added to the organization via free agency by GM Patrik Allvin, following the Arshdeep Bains signing in March.

I really like the Nils Åman signing for the Canucks.

6'2, rangy centre with legit speed and smarts. Bit of a late bloomer, but has faired well in a 3rd line SHL role the last couple of years.

What Aman does bring is two-way play, speed, and decent size at 6-foot-2 and 185 pounds.

“Nils is a smart hockey player who plays with speed and has a strong work ethic,” said Allvin. “He possesses a good two-way game, and we look forward to seeing his continued development on both sides of the ice with the Canucks organization.”

Aman was valued enough to be picked to represent Sweden at the IIHF World Hockey Championships last month, where he notched two assists in seven games.

Colorado, who drafted Åman in 2020, lost their exclusive signing rights on June 1 making him a UFA.https://t.co/IHG7lrvrLC

European free agent signings were highlighted as a way for the Canucks to improve by Allvin after he was hired in January.

“This organization, with fewer [draft] picks coming up, I think this is a great landing spot for a lot of European and college Canadian players. So you’re gonna get opportunities,” said Allvin. “We don’t want to use any excuses. We need to find ways to get better every day and I’m sure our scouting staff will be up for the task to find more players, better players.”

The Canucks are also still reportedly in the mix to sign this year’s most highly-coveted European free agent, Andrei Kuzmenko. They interviewed him last month, and according to Dhaliwal, and Thomas Drance of The Athletic, the Canucks will be getting a second interview with the highly-skilled Russian forward.