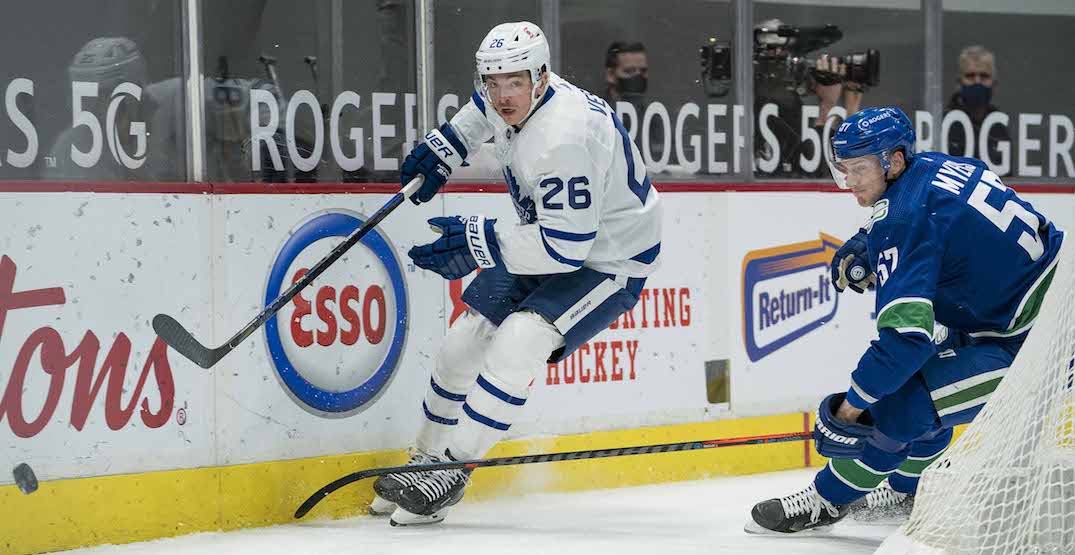 The Vancouver Canucks have turned to waivers in an attempt to bolster their lineup.

The Canucks claimed forward Jimmy Vesey off waivers this morning, after the Toronto Maple Leafs put him on waivers yesterday. Vesey, 27, has scored five goals and two assists in 30 games this season, his first with the Leafs.

#Canucks claim forward Jimmy Vesey from waivers. Vesey will join the team in Ottawa today. His availability to play will be updated once details of work permit status are confirmed.

A former Hobey Baker Award winner, Vesey was a highly coveted college free agent coming out of Harvard in 2016. The New York Rangers signed him, and the Boston native found quick success in the NHL. Vesey scored between 16-17 goals in each of his first three seasons, and a career-high 35 points two years ago.

The left winger was traded to Buffalo before last season and posted nine goals and 11 assists in 64 games with the Sabres.

The move makes sense for the Canucks, who lack depth at forward. Vesey also comes cheap and with minimal risk, given his $900,000 contract expires at the end of this season. Listed at six-foot-three and 202 pounds, Vesey also makes the Canucks bigger.

Vesey has an added benefit by virtue of the fact that he doesn’t have to quarantine for 14 days, as would be the case if the Canucks acquired a player from an American team.

The Canucks will hope that Vesey can find more success with a bigger role, which he should find in Vancouver — reminiscent of the successful low-risk bet GM Jim Benning made with Josh Leivo two seasons ago. Vesey has played just 11:07 per game this season, with minimal opportunity to play on the power play (0:15) and some time on the penalty kill (0:51).

I’m told Vesey will be driving to meet the club in Ottawa, making him available immediately from a #Canucks’ perspective.

Nice bit of opportunistic problem solving for Vancouver here, regardless of what you think of Vesey: https://t.co/K1WkoT9tmP

The Athletic‘s Thomas Drance reports that Vesey will be joining the Canucks in Ottawa tonight, as he’ll be making the drive from Toronto.

It remains to be seen where Vesey will fit into the Canucks lineup, though it could be in a top-six role right away, given the team is playing without Elias Pettersson right now.