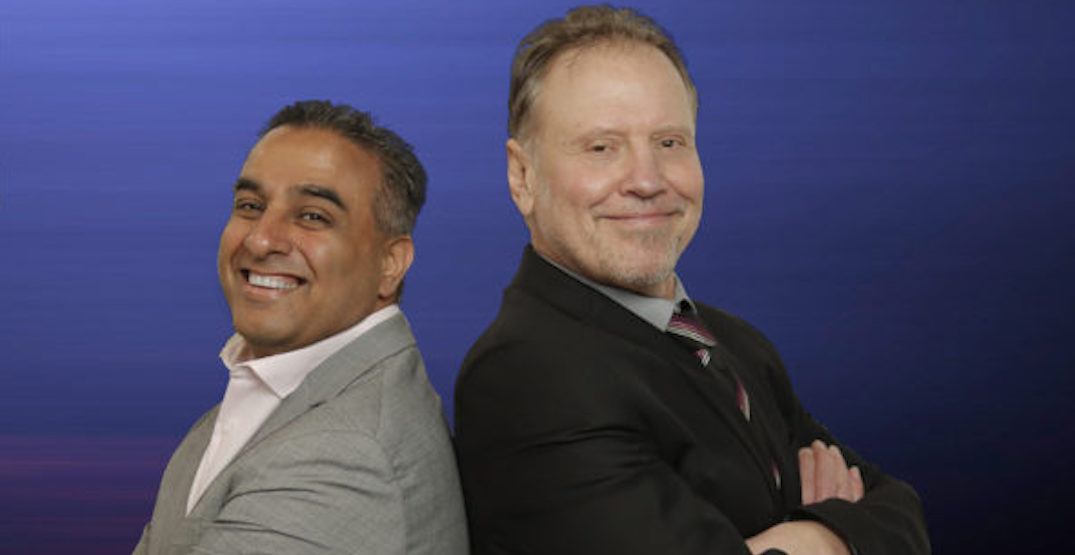 First reported by Daily Hive last week, Don Taylor, Rick Dhaliwal, and producer Ryan Henderson are returning to the airwaves for a new television show set to debut on CHEK.

Appropriately named Donnie and Dhali — The Team, the two former TSN 1040 broadcasters will host a “sports variety show.” Debuting on April 5, the show will air from 10 am to noon, Monday to Friday, on CHEK. It will also be available on multiple digital platforms, including CHEKNews.ca, as a live and on-demand podcast on Apple, Spotify, and other podcast providers.

“When TSN 1040 closed, a lot of fans were very disappointed. And so were we,” Taylor said in a media release. “Fans in the Lower Mainland, Victoria and throughout Vancouver Island are going to have a relevant show that reflects them.”

While CHEK is based in Victoria, Taylor and Dhaliwal’s show will be produced at Oh Boy Production Studios in Vancouver.

“This is a sports variety show,” said Dhaliwal. “A lot of fun, a lot of anarchy, free-wheeling. It’s gonna be a great ride and an antidote to all the bad stuff going on right now.”

Dhaliwal also announced that Sportsnet’s Elliotte Friedman will be a regular contributor — a huge get for the new show.

Donnie and Dhali – the Team on CHEK television.

Taylor, Dhaliwal, and Henderson will actually become part-owners of CHEK, which moved to an an employee-owned station model 11 years ago.

“We have focused very much on our local market,” said CHEK Media Group Chair Levi Sampson. “Decisions are made here, not Toronto. We are delighted Rick, Don, and Ryan are joining our team because team is what it’s all about.”

Donnie and Dhali – the Team on CHEK television.