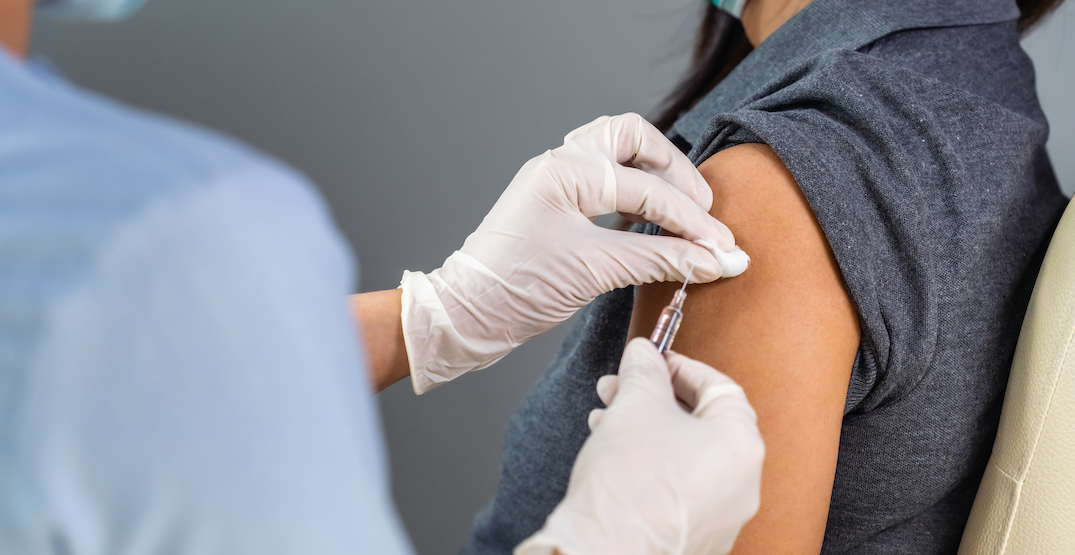 Unvaccinated people are driving the fourth wave of the COVID-19 pandemic in Canada.

Now, public support for mandatory vaccinations is growing across Canada, according to the Angus Reid Institute.

The Angus Reid Institute says their latest data represents a big shift in opinion since spring 2021. The number of Canadians who are comfortable with proof of vaccination requirements in public spaces grew from 55% to 70%.

Mandatory vaccines are a majority opinion now in Alberta and Saskatchewan despite leaders criticizing the approach – Jason Kenney has previously dismissed the idea.

For example, 54% of Albertans now support proof of vaccination in public spaces, up 40% from late July.

One of the Angus Reid Institute’s biggest findings was that 46%, almost half, of vaccinated Canadians say they think unvaccinated people should not receive the same priority health care treatment if they are sick with COVID-19.

There’s also a strong preference, 77% versus 33%, for provincial governments to use regulatory measures over incentives to encourage vaccination.

Alberta recently announced a new $100 incentive to encourage people to get their first or second vaccinations. 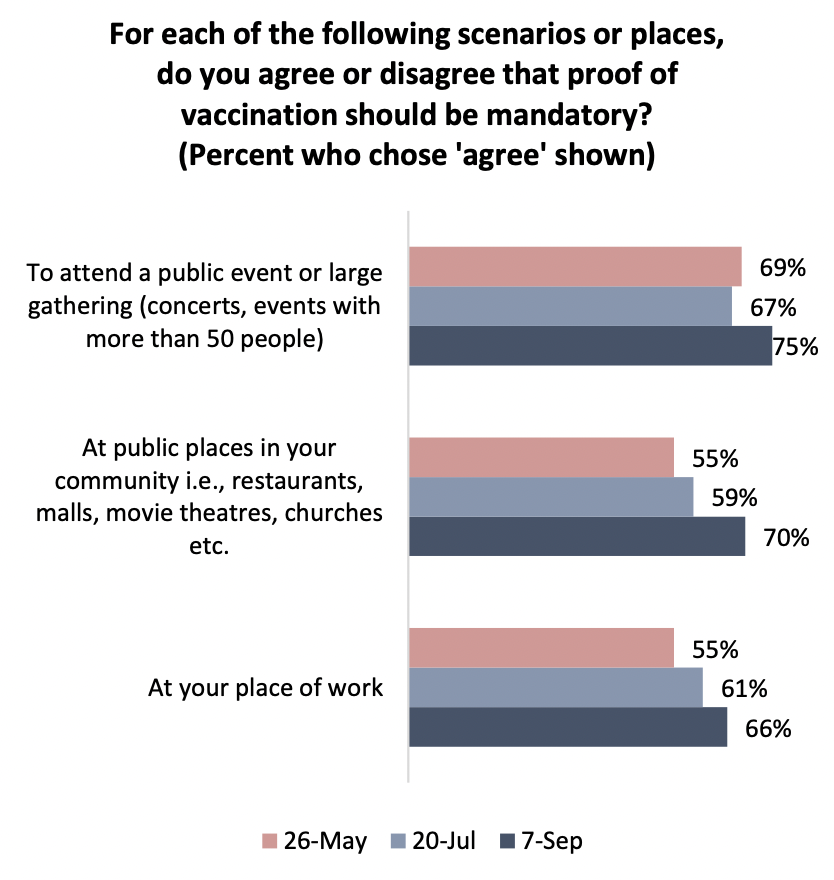 Meanwhile, at least two-thirds of respondents are in support of vaccine passports being used in a variety of capacities, from shared workplaces and sporting events to public places like restaurants.

Some provinces already have vaccine passports, and some have no plans in the works to implement them.

In BC, the vaccine passport just launched on Tuesday, September 7, and Ontarians can download a PDF version of their vaccination record online. Also, New Foundland just announced a vaccine passport.