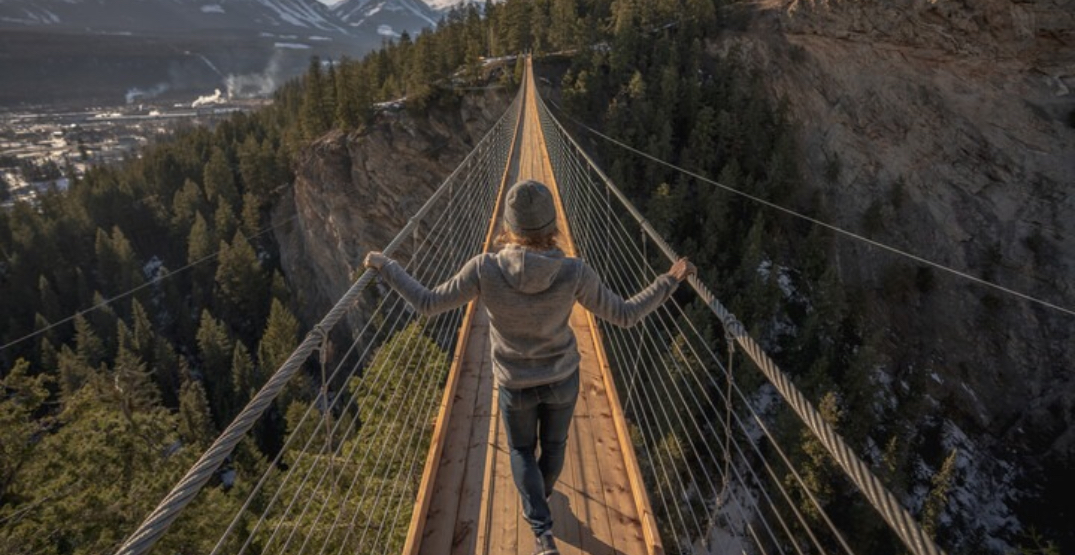 It’s officially time to start building your summer bucket list, and there’s a breathtaking bridge in BC you have to see to believe.

This is only the second year that the bridge has been open, as it welcomed people for the first time last year.

Set to reopen on May 13, 2022, the Golden Skybridge is an attraction with two different bridges.

Bridge One is a staggering 426 feet high. That’s like being on the 30th floor of a skyscraper! The second bridge is 262 feet high.

Both bridges show off incredible views of the Rocky and Purcell mountain ranges, spanning a yawning river canyon while a 200-foot tall waterfall roars below.

While you’re there, you can also push yourself at the Canyon Edge Challenge Course and the Sky Zipline. Plus, there will be an epic Giant Canyon Swing opening soon that we can’t wait to see. Reps told Daily Hive it’s set to open after the May long weekend.

If you’re planning a BC or Alberta road trip this year, then you won’t want to miss this.

When: Open from May 13 to October 10
Where: 503 Golden Donald Upper Road, Golden, BC
Cost: From $37
Tickets: Available online