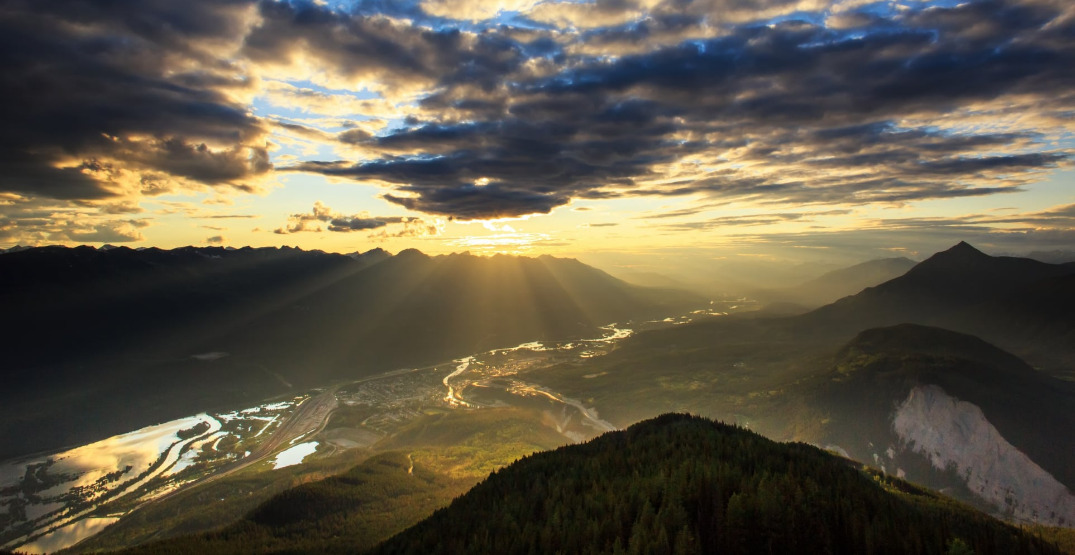 Golden, BC, has received quite the honour, being named one of Canada’s 12 best small towns with a population of under 4,000 people.

Surrounded by six national parks, including Banff, Glacier, Jasper, Kootenay, Mount Revelstoke, and Yoho, Golden was called an “ideal base for exploring the Canadian Rockies” by Travel + Leisure.

If you’re looking to do some adventuring this winter, or maybe you’re waiting till next summer, there’s no better place to start your journey than Golden, BC.

As mentioned, Golden is surrounded by six stunning parks, with various hiking trails, waterfalls, and lakes. If you’re into winter sports, there are a ton of places to get your snowboarding or skiing on.

It makes Golden the perfect place to set up a base for further exploration of the surrounding areas.

It’s also a short drive away from the Northern Lights Wolf Centre, a sanctuary for wolves.

Craft food and beer entrepreneurs have flocked to Golden, and there are no shortage of great restaurants and pubs for some quality food and drink.

Whitetooth Brewing, for example, not only produces quality beer but also completely aligns with what Golden represents, celebrating adventure and the great outdoors.

Their beer cans commonly feature snowboarders or ice climbers, with their logo representing the top of a mountain.

Then there’s a place like Reposados, which highlights the diversity in the food scene.

This Mexican joint, where they make their own tortilla wraps and chips, offers traditional Mexican comfort food, with a ton of plant-based options. Only in Golden.

Having just opened in May of 2021, the Golden Skybridge attraction actually features two bridges that are the highest suspension bridges in all of Canada.

A major tourism attraction will open along the Trans Canada Highway in #GoldenBC this May!

Standing on top of a bridge that’s 130 metres above an expansive canyon may not be for everyone, but if you can tolerate heights, the views will be simply spectacular.

There’s no shortage of things to do in Golden and the surrounding areas.

Even if you’re not keen on hitting the slopes, or riding down a trail on a mountain bike, it’s still a great place for some rest and relaxation, along with the delicious food and drink options.

With a number of bed and breakfast spots, along with quaint cottages and cabins, Golden truly offers an experience for all crowds.