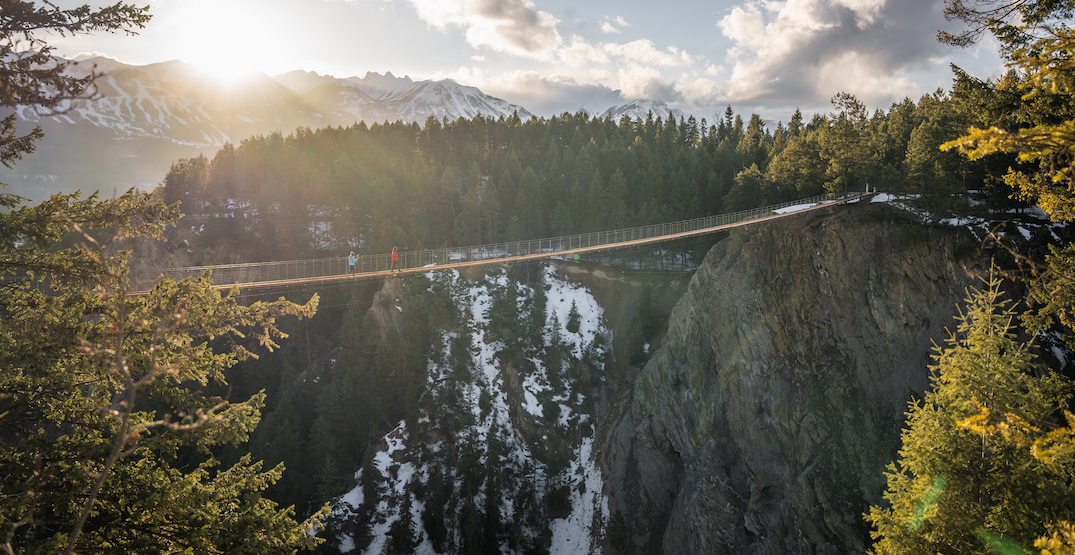 Please note: As recommended by BC’s health officials, indoor gatherings of any kind and unessential travel in the province are not recommended at this time. Currently, outdoor gatherings of up to 10 people are permitted but use COVID-19 layers of protection and maintain physical distancing. Please adhere to COVID-19 health and safety measures, including proper physical distancing and frequent hand washing, and wearing a mask or face covering in public indoor and retail spaces. If you are sick, please stay home.

British Columbia’s Interior will see the addition of a major new tourist attraction in May 2021, when the new Golden Skybridge opens in Golden — roughly midway between Revelstoke and Banff.

These bridges — spanning a river in a deep canyon with a 61-metre-tall (200 ft) waterfall — provide 360-degree views of the Columbia and Rocky mountain ranges and overlook the nearby mountain town.

This attraction was developed by Pursuit in partnership with a group of local developers led by Paul Deutsch and Rav Soomal. 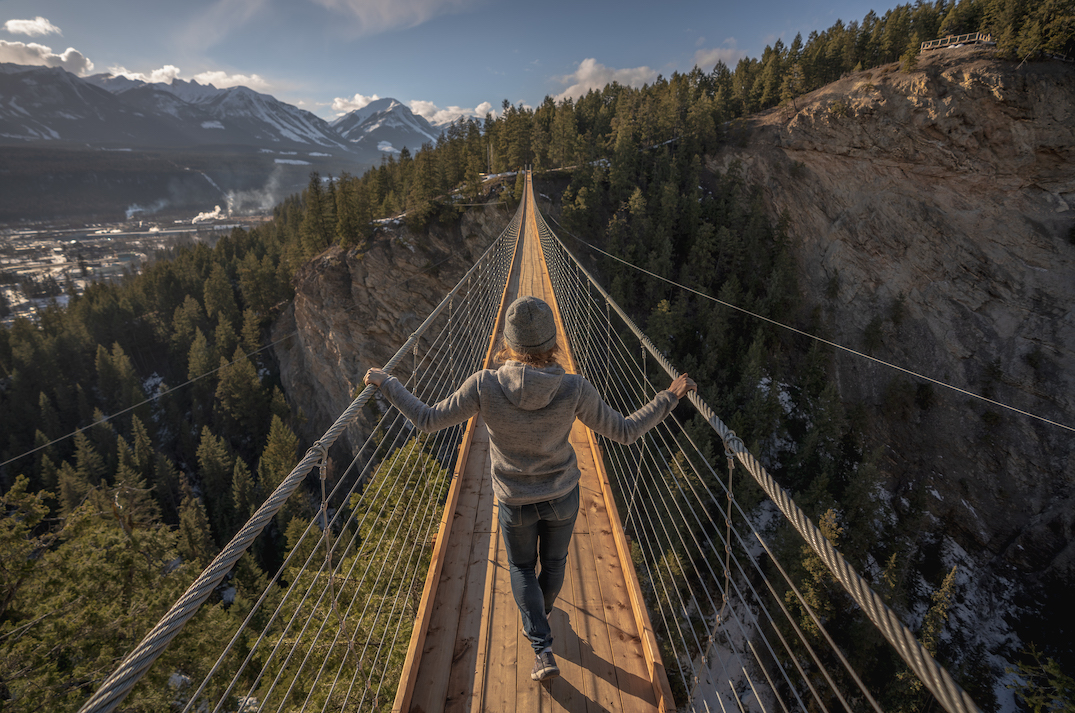 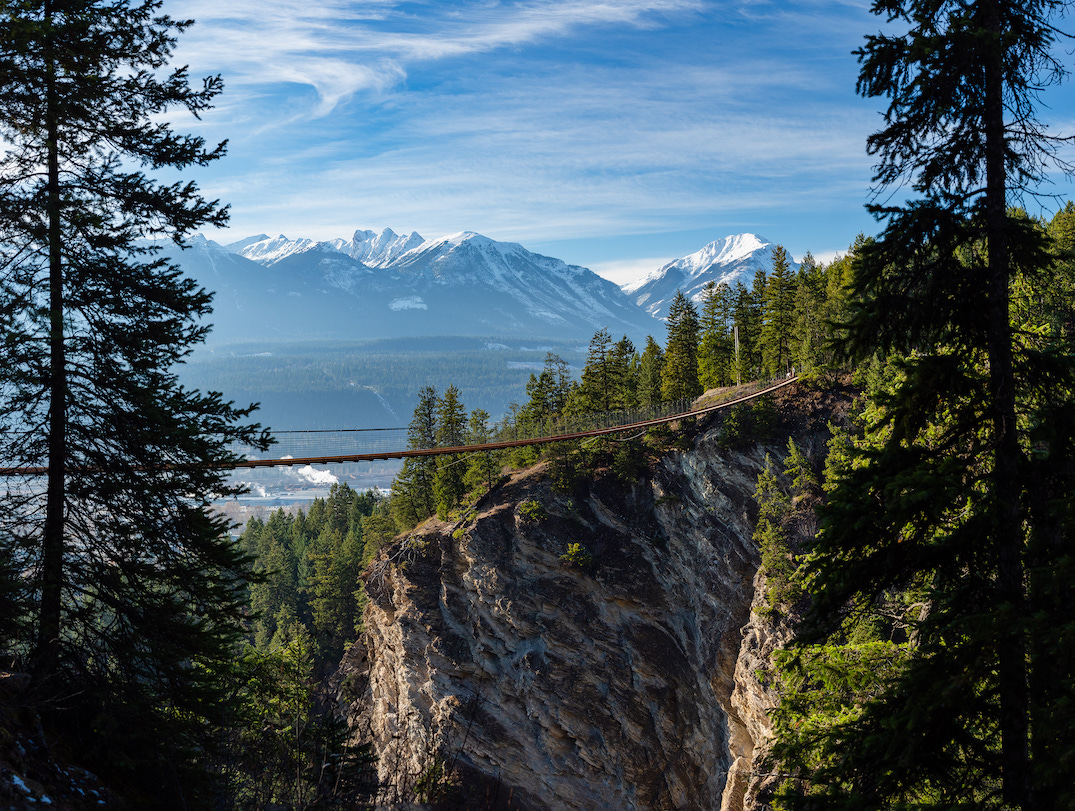 “At Pursuit we are focused on connecting guests to iconic places through unforgettable and inspiring experiences,” said David Barry, president of Pursuit, in a statement.

“The Columbia Valley is one of those remarkable places that is uniquely positioned to provide a stunning, yet accessible mountain experience. Whether you’re staying in Golden or making it a stop along your journey between Alberta and British Columbia, the Golden Skybridge will soon become an iconic experience for Canadian and international visitors alike.” 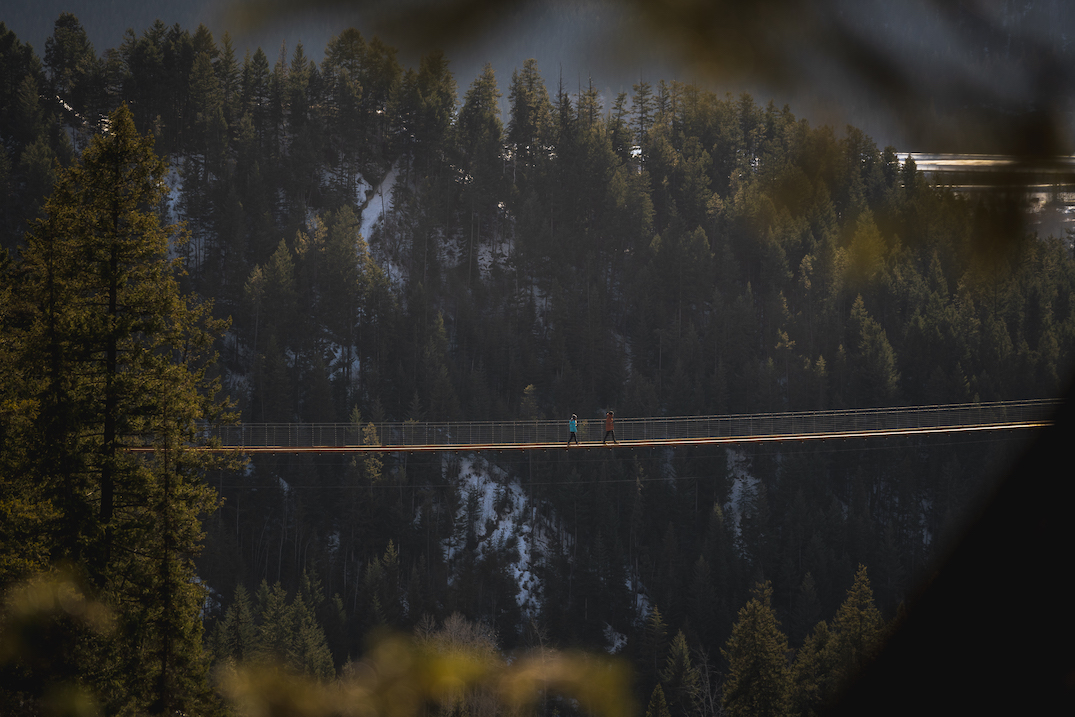 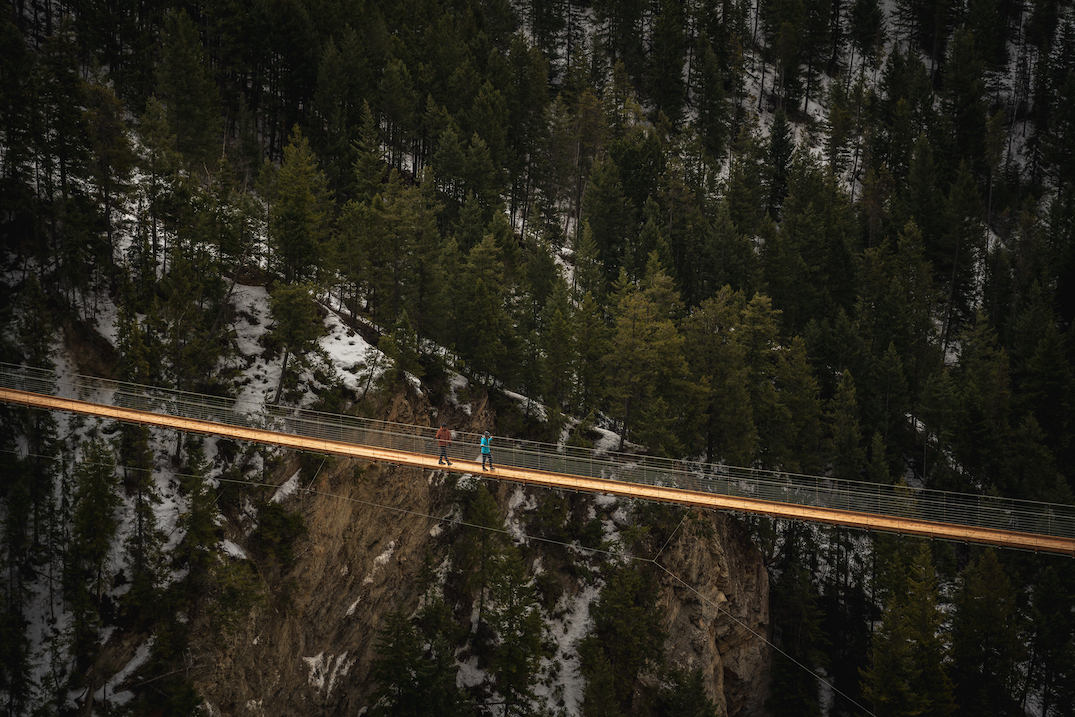 Golden Skybridge also features a three-km-long nature walk throughout the park and across both suspension bridges and viewing platforms. The experience base, located just a two-minute drive from the Trans Canada Highway, also has an outdoor courtyard and cafe, creating a pre- and post-stop rest location for travellers.

Later this summer, the attraction will see an expansion of its offerings with the opening of a tandem bungee swing and a 1.2-km-long zipline spanning the canyon. 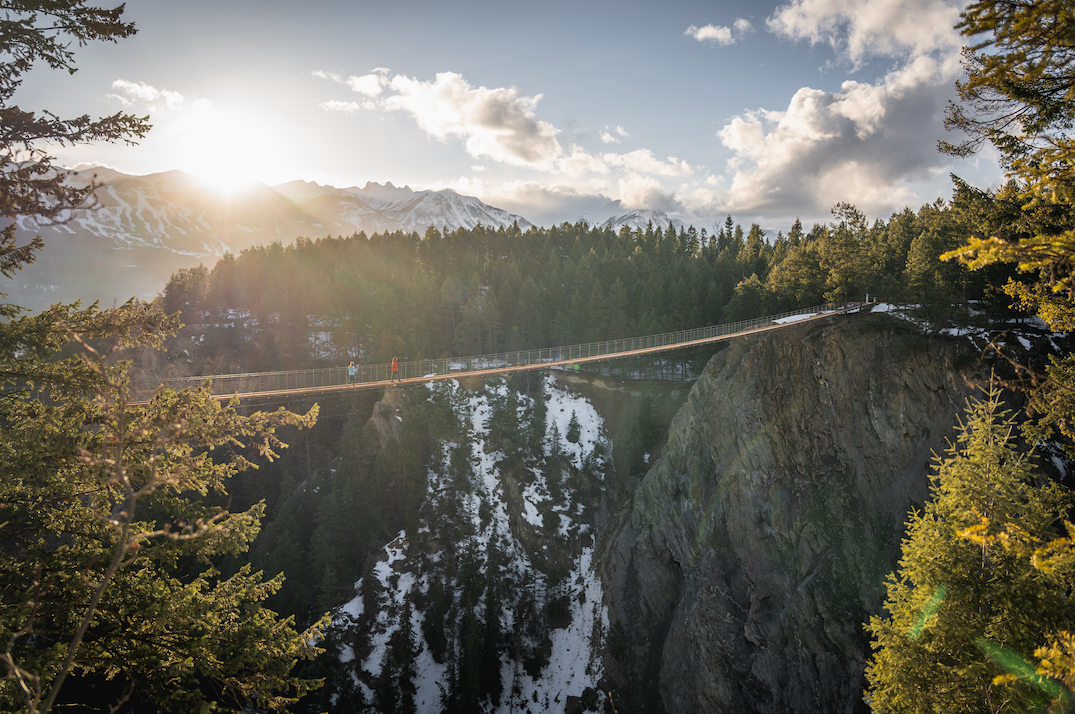 Pursuit is also known for owning and operating FlyOver Canada at Canada Place in downtown Vancouver and FlyOver Iceland in Reykjavik. New FlyOver ride attractions will open in Las Vegas later this year and in Toronto in late 2023.

Other major outdoor attractions in this mountain range area within the Pursuit portfolio include the Banff Gondola, Columbia Icefield Skywalk, and various hotels and lodges.

Another major attraction will also open later this year in BC, on the western side of the province. The Malahat Skywalk, built and operated by another entity, is a 105-ft-tall spiral ramp and viewing platform structure perched on the edge of the Cowichan Valley near Victoria.