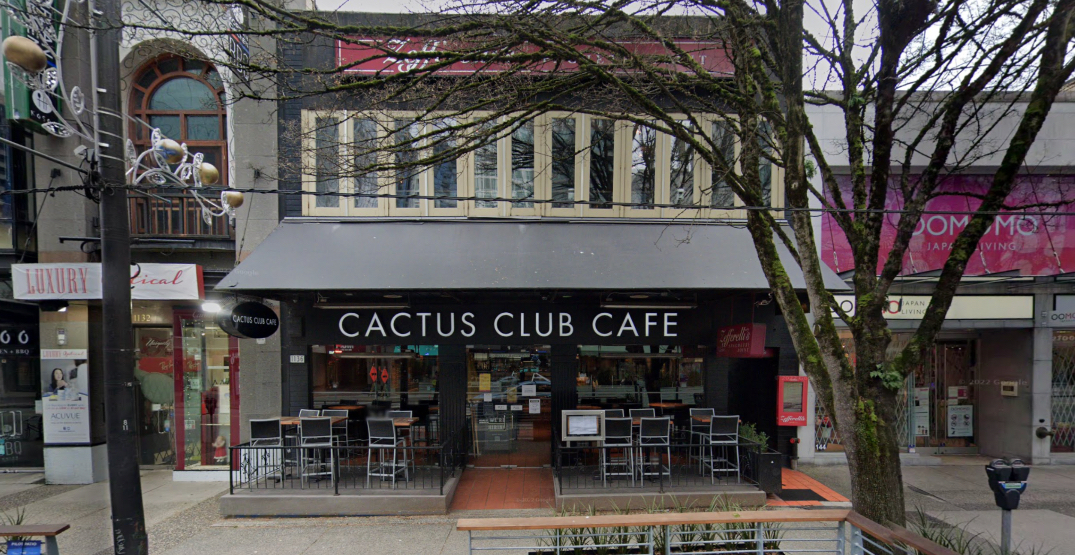 It’s the end of an era for one Cactus Club location in downtown Vancouver. The brand’s 1136 Robson Street outpost will offer its last service this weekend.

Last month, the restaurant confirmed it was closing, adding that all employees from the Robson Street location would be given the opportunity to be redeployed to other Cactus Club locations.

“We can confirm that the lease term is ending at our Robson Street location and that this location will close on March 27th, 2022,” said the company in a statement.

You can still head into this Cactus Club location until it closes on Sunday.

The first-ever Cactus Club opened in North Vancouver in 1988.

Since then, the West Coast-inspired upscale casual restaurant has grown into over 25 restaurants in BC and Alberta.