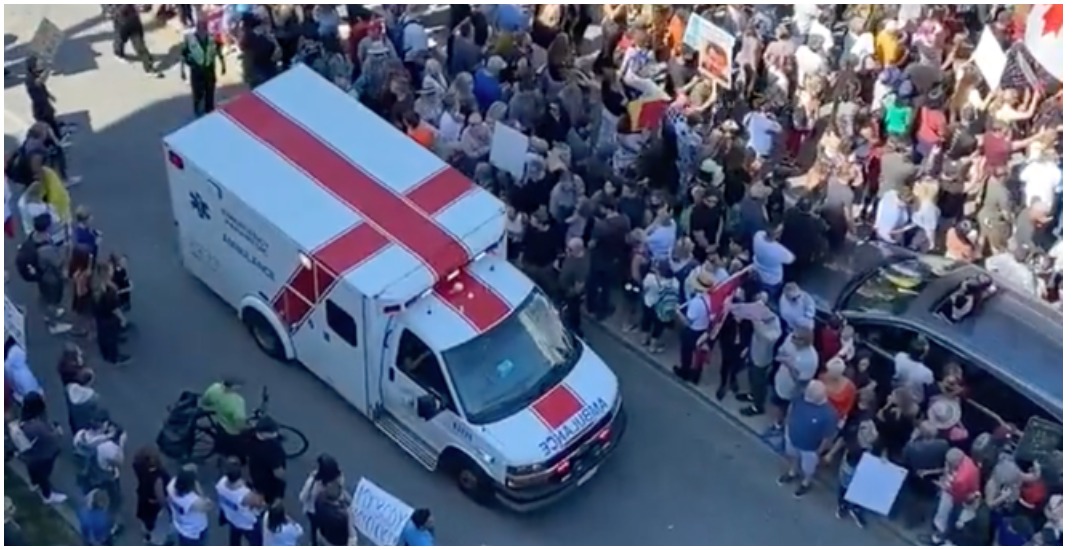 We have all had a rough year.

We’ve been locked down, sick, and stressed. Many of us may be broke, unemployed, overleveraged, or homeless. And all of this is layered with strains on our mental health and overall state of well-being.

But can we be honest with each other? There’s more of all of this to come. As Bloomberg reported earlier this year, life may not be back to normal for seven years. Realistically, COVID-19 is probably here to stay.

While that is depressing, what is more alarming is watching the slow and steady breakdown of our Canadian-ness.

And, really, it’s that unspoken bond that’s gotten us this far in one piece in this pandemic.

But, in the face of stress, social media and US-originated rhetoric, the veneer of our collective cultural kindness, compassion, and empathy appears to be starting to shatter.

Left and right, pro-vax or anti-vax, or as that has morphed into — pro-passport or anti-passport — both sides have been radicalized. Spitting on someone in a pandemic is unthinkable, and talking about running protestors down with one’s car is horrifying. Both were threatened throughout social media late last week during the “my body my choice” marches.

If the US is any indication, mass doxing (the malicious practice of publicly revealing an individual’s private information) is up next, and further division between family and friends will follow.

And all levels of government — from municipal who control the police force, to provincial and federal that control the health response and resulting protective measures — appear to be playing a game of “letting the kids work it out.”

Now, I’m not here to tell you what’s right or wrong. I come with a bias. We all do. And, if I say anything, no matter how rational, reasonable or honest to me, delivered on the medium of a media platform, it will likely only incense and push some people away.

So, I’ll simply say to my fellow British Columbians — particularly to all those “pro-choicers” in the streets — the ultimate choice in our democracy is the vote. Your “choice” can be exercised at the polls.

Fortunately, we happen to be in the middle of an election, which culminates in just two short weeks.

Stop the anger. Stop the hate. Protest peacefully, within the law, disruption-free. There’s no justification for hate crimes.

Let’s recalibrate ourselves for the next two weeks. Inform ourselves. Research and pick our parties and candidates. And, remember what we, as Canadians, stand for.

Last week was not us. This is not the Canada we know and love.

If you don’t like our Prime Minister, trust our government, or believe our country is heading in the right direction, then cast your vote for your version of change.

If you don’t feel you know where your candidate or party stands on the issue that matters most to you, then ask them, or start a virtual debate in your riding.

Get involved politically. And, vote.

On September 20, 2021, we’ll see what the majority of Canadians feel about these issues.