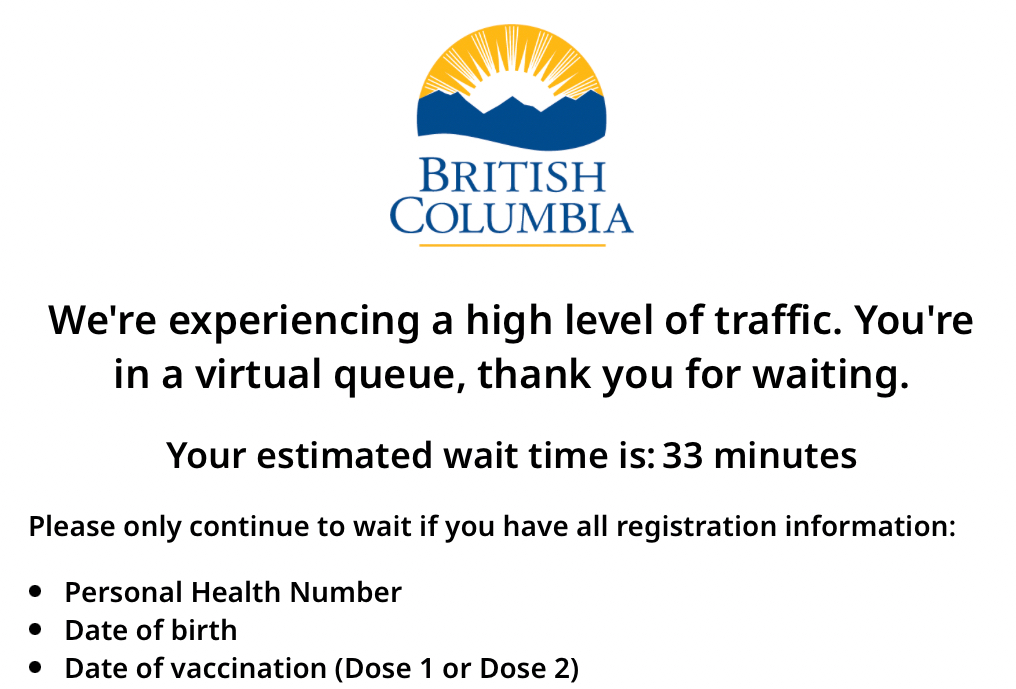 BC’s vaccine card roll-out hit a couple of snags before it was even official.

The province was set to announce details at 2 pm on Tuesday, September 7. However, in the morning, BC residents figured out that the website to obtain their vaccine card was already live.

The BC Health Gateway appeared to have its vaccine card page available and functional.

Many were able to obtain a PDF of their vaccine card before the site experienced traffic so heavy that it began issuing wait times to users as long as 30 minutes.

There’s plenty of time to obtain your vaccine card ahead of the September 13 deadline.

Had both of my doses listed below this, but no card found. Is this a problem? I feel like this is a problem… One day the government is going to figure out the internet and it’s going to be amazing. pic.twitter.com/5SBn4fs3Kg

But that didn’t stop people from overloading the site.

Well, I know I have a vaxxcard, just need to fix that bug so I can GET it. Maybe by the time they officially launch? pic.twitter.com/QygRT09XkG

After September 13, BC residents will be expected to present a valid vaccine card to participate in non-essential activities like eating at restaurants and more.

Despite many curious to get their vaccine card early, more information about the card and its implementation in the province is expected Tuesday afternoon.