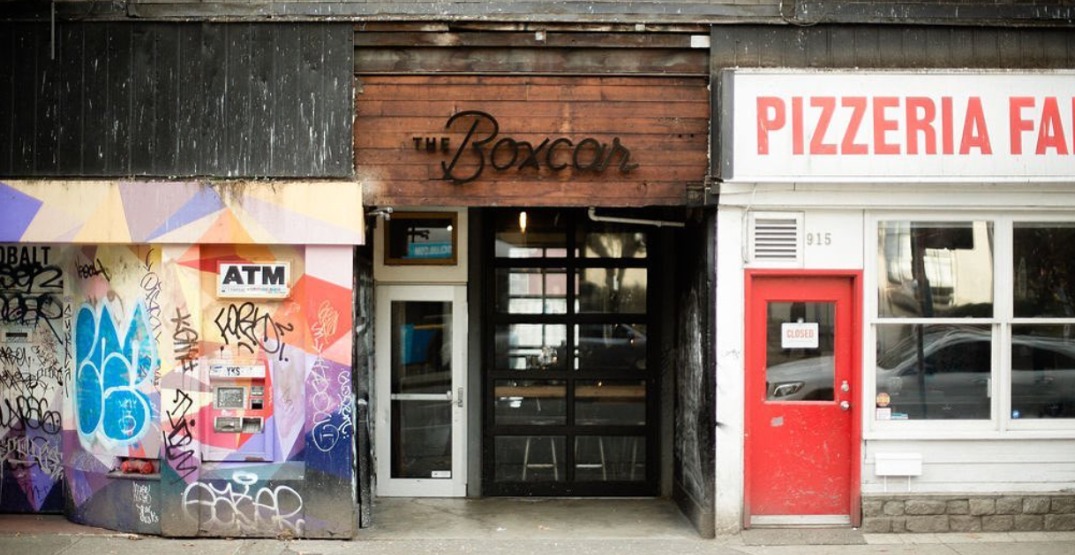 Beloved bar The Boxcar announced it signed a new lease in Vancouver on April 30, which was supposed to be its final day of service before closing down.

In March, staff posted saying their building had been sold and they had to “be out” by the end of April.

But that’s in the past now, and The Boxcar appears to be staying in business for the foreseeable future.

Their neighbours at Pizzeria Farina will be able to stay too!

“We are so excited to let you all know that we have officially signed a lease with the new landlords! We will get to keep our beloved bar until the building comes down,” said the Boxcar in the Instagram post.

“Thank you so much to everyone who has supported us!”

Fans of their fare commented on the post, making remarks like, “Thank goodness,” and “Best news this week/month/year.”

“Just in the nick of time,” one person commented.

To celebrate, there will be “fun drink specials all week” on the menu.

Daily Hive Vancouver has reached out to The Boxcar and will update this article.