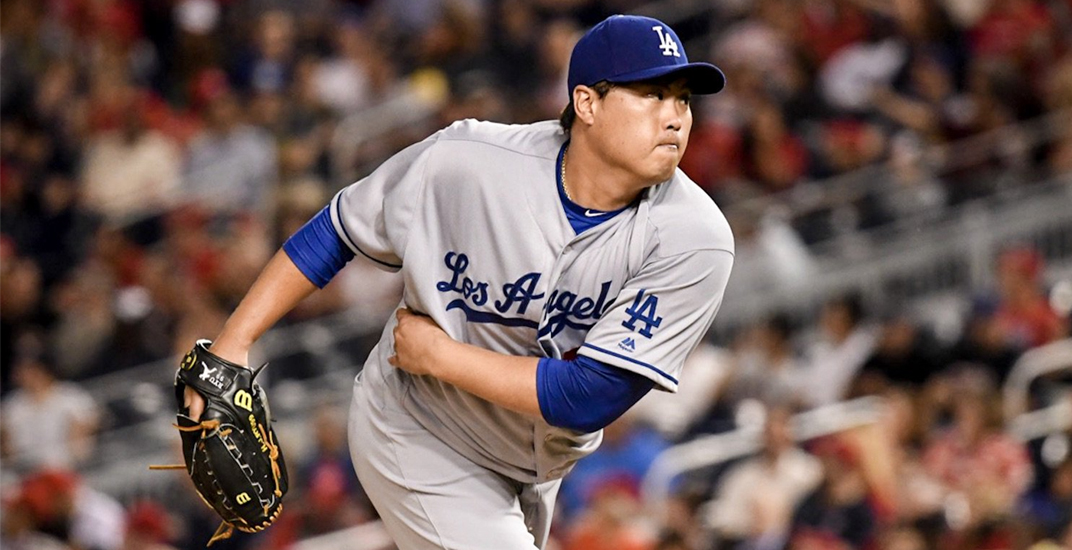 All that Toronto Blue Jays fans wanted for Christmas was Ryu… and they got their gift a little early.

BREAKING: Left-hander Hyun-Jin Ryu and the Toronto Blue Jays are in agreement on a four-year, $80 million contract, sources familiar with the deal tell ESPN.

After a relatively quiet offseason, the Blue Jays landed the last big fish on the free agent starting pitcher market in the form of Ryu. He was one of the most coveted arms in free agency behind Gerrit Cole, Stephen Strasburg, and Zack Wheeler.

Even though the Blue Jays have signed a pair of pitchers within the last week — Tanner Roark and Shun Yamaguchi — there was still vast room for improvement in the starting pitching department. By adding Ryu, the Blue Jays suddenly add a front-line starting pitcher to a rotation littered with number three and four starters.

The Ryu signing comes with some risk for the Blue Jays; he missed most of the 2016 season because of injuries and was limited to only 15 starts in 2017. Yet this past season, Ryu let the National League with a 2.32 ERA, a 179 ERA+ and only 1.2 walks per nine innings.

This contract takes Ryu through his age 36 season and pays him $20 million annually. While it’s a hefty amount to pay, $20 million is around fair market value these days for an above-average starting pitcher.

The last time the Blue Jays committed this much money and term to free agent starting pitcher was A.J. Burnett, who earned a five-year, $55 million contract in December of 2005.

Prior to signing Ryu, the Blue Jays had the bodies to fill out a starting rotation for Opening Day 2020, albeit not a very good one. By adding a starter of Ryu’s calibre, the Jays vault themselves into another echelon.

Ryu leapfrogs to the front of that pack of pitchers and could spell a move to the bullpen for a few of those aforementioned group of arms. It’s a good problem for the Blue Jays to have, who were a team that used 21 different starting pitchers in 2019.

And with Nate Pearson’s debut slated for the summer of 2020, the Blue Jays suddenly have the makings of a very respectable starting rotation. That’s a lot to say for a team that had one of the worst pitching staffs in baseball in 2019.

Before news broke of the Ryu signing, the Blue Jays only had around $56 million in active payroll heading into the 2020 season. They’re a team that can more than afford to carry at least one $20 million pitcher on their payroll for the foreseeable future.

And with the club’s position player core making the league minimum over the next three seasons, the time was now for the Blue Jays to flex their financial muscle and lock up a pitcher like Ryu.

For weeks, Blue Jays GM Ross Atkins boasted about the team’s financial flexibility and the franchise’s ability to make a significant play in free agency, if needed. After signing Ryu, the Blue Jays finally put their money where their mouth was.