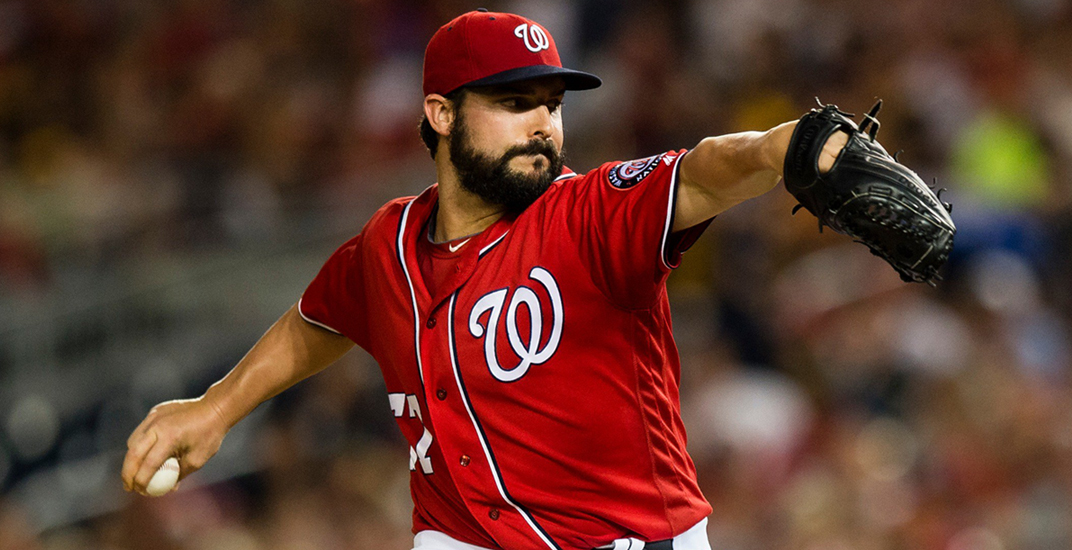 While the New York Yankees dove head-first into free agency by signing Gerrit Cole to a nine-year, $324 million contract, the Toronto Blue Jays dipped their toe into the shallow end of that free agent pool.

#BlueJays have agreed to sign Tanner Roark, sources tell me and @ShiDavidi

After weeks of speculation, the Blue Jays finally added another free agent starting pitcher to their depth chart heading into the 2020 season. Roark provides some reliable veteran depth to a Blue Jays rotation devoid of any veterans, save for Chase Anderson.

Roark isn’t the sexy offseason acquisition fans were hoping for, it was a necessary acquisition for the Blue Jays. Think of Roark as the tube socks of Christmas gifts; people aren’t thrilled to unwrap socks, but they always use them.

If the Blue Jays were looking for durable starting pitchers on the market, Roark fits the bill. He’s averaged 28 starts a season over the past six years, his ERA+ of 110 is slightly better than average and his 3.82 ERA since 2014 is serviceable.

After sending 21 different starters to the mound in 2019, Roark should help eat innings for a team in desperate need of someone who could take the ball every fifth day.

Ideally, Roark should be one of two, or even three free agent starters the Blue Jays should sign in free agency. Hyun-Jin Ryu should be the next priority on the team’s to-do list, but with the pitching market suddenly heating up, the Blue Jays might find themselves priced out again.

In the meantime, at least the Blue Jays leave MLB’s Winter Meetings with at least one starting pitcher locked up. For a while there, it looked like they may get nobody.